I cringe when an article begins “Dear White People…” It lacks nuance, among other things. So I am resisting my urge to start there, even though it’s exactly how this note goes, in my head. How about this:

To all y’all who, like me, are not people of color, and/or, all who identify as ‘Caucasian’ when we check the little box on a survey or job application:

We have no idea. And maybe we should stop talking.

Here is my confession for today: I am racist. Not like the guys who wave around confederate flags and shout racial slurs and incite lynch mobs. It’s easy to see those people on t.v. and assume, if we are not that, we are some highly evolved species. Unlike Bubba in that movie there, WE are forward thinking, compassionate people. We are immune to making judgments or harboring negative associations– or feeling slightly apart-from and other-than– when faced with media images of large black mobs, or black mugshots, or strangers on the street who don’t look like us. We are PROGRESSIVE, dammit. All people are the same and God loves us all equally!

Well. God does love us all equally. But we are not all the same. Some of us have privilege that blinds us in really damning ways. Which means, if we have never lived a moment of real, embodied, systemic oppression, we don’t get to be the boss of how people ‘behave’ when they are angry. We don’t get to write the morality code for ‘them, over there.’

Truth is, being born white—into a culture that gives extra points for that, from the moment of birth—means that I am racist. And probably you are too.

I grew up in southeastern Kentucky. There were, I think, 4 black kids in my high school. (I know that I am prone to hyperbole, but I’m not exaggerating for effect here. I think there were 4. There were definitely fewer than 10). I never judged one of those (4) black people based on their skin color; I never cringed away from talking to them or sitting by them; I never thought they should not be a part of things I was part of.

But I also never thought it was weird that there were only 4. I never wondered, ‘why are we all so much the same here? And how must it feel to be different, in this sea of identical pale faces?’ Never in life did I have that conversation with myself, or another person. Nor was it a conversation that I heard take place in my proximity.

I then spent 4 years at Transylvania University; a school that, for all its progressive Liberal Arts inclinations, was also predominantly white. Where one fraternity celebrated ‘Old South Days,’ and filled a whole row of dorm room windows with confederate flags every fall. Another alumna of that school recently wrote this powerful, widely-read piece about racism on campus.

I was there. I saw it. But hey, PART OF THE CULTURE, right? Just celebrating history folks, nothing to see here. Even so, I spent my college years in that place feeling like I had escaped the dark belly of racism. I was in college, in the big city. There might have only been 20 black kids on campus, but hey, 20 was more than 4. I had friends of color now. BUT I DIDN’T SEE COLOR, because everybody is the same, and we are all color blind here.

Well. But not seeing color is a problem too. And everybody is not the same.

I was not so evolved then. I’m not so evolved now. And we do not live in the post-race reality that we’d like to think exists in educated, progressive circles. Which is why I don’t feel comfortable saying “Dear White People,” and then proceeding to tell all y’all how to do this right. Truth is, I don’t know. I spent my teenage years thinking that racism was a t.v. thing from the 60’s, and my 20’s thinking that racism was a small-town phenomenon from my childhood. Now I’m spending my 30’s learning that racism is woven into the fabric of who we are as a nation…and that I have been complicit in that system my whole life long. I’m not hateful. I do not actively engage in unjust treatment of individuals. I have friends of color. But what I’m learning is that those good intentions and vague parameters of inclusion don’t make me NOT a racist. They don’t make you not a racist, either.

The only thing that can make somebody not-a-racist is to ask hard questions about the places we come from, and the systems in which we take part; to sit with those friends of color (even if there are only 4 of them) and ask what it’s like for them; and meanwhile, ask ourselves why we still only have 4 black friends.

And for damn sure, we cannot sit on this side of our sheltered world, with our tragically-limited perspective, and say “them over there, those thugs… what is the world coming to?” Thug is the new N-word, people. It is intended to diminish, to silence, to justify violence against, and to set apart. It is for sure the new slur, and it is doing its job if you’ve let it color your perception of what’s happening in our cities. And as always, in our rural burgs as well.

It’s time we all grew up. In the meantime, we should stop talking, and listen.

April 27, 2015
Anatomy of Worth: TV's Sanctity of Life Problem
Next Post 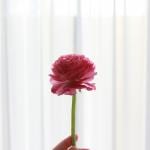 May 5, 2015 Beyond Pink Carnations: Why I Don't Do Mother's Day at Church
Recent Comments
46 Comments | Leave a Comment
"This is what the 'RIGHT WINGNUT SO-CALLED CHRISTIANS" have done. They have made JESUS A ..."
Bob Peacock Whose Flag Do You Carry?
"Had to share:Deer in Nara Japan. They have their run of the city and are ..."
Tuxedocat Passing By
"I live in a rather densely populated part of Northern NJ. Anywhere you see more ..."
Tuxedocat Passing By
"This nation has only ONE flag and that is the American Flag. The Christian flag ..."
Judgeforyourself37 Whose Flag Do You Carry?
Browse Our Archives
get the latest from
Irreverin
Sign up for our newsletter
POPULAR AT PATHEOS Progressive Christian
1

7 Reasons the Bible is NOT...
All Set Free
Related posts from Irreverin