The New Art of Poor-Shaming

Now trending: America discovers cruel and creative ways to further strip away the dignity of its impoverished people. 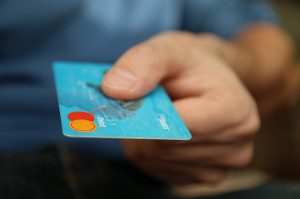 It’s a sport. It is art. It’s entertainment. It’s a political tactic.

The following stories have come across my radar in the past week or so. Through different sources, from different outlets, at different times. Seemingly unrelated, but all pointing to the same disturbing truth: It is entertaining, profitable, AND politically advantageous to exploit and/or publicly shame the poor.

Thing 1. Kansas just placed a $25 daily limit on how much cash a welfare beneficiary can withdraw from an ATM. There’s no clear “Why” behind this action, other than what seems to be (yet another) maneuver to control, not so much the funds going into welfare, but the people who depend on those funds. Politicians can create the illusion of keeping these freeloaders in hand… while meanwhile, the people who do rely on these benefits incur fees with each withdrawal. And if they don’t have a traditional checking account (which many don’t) and need to make multiple costly transactions for each bill they have to pay… you can see where this is going.   Factor in the added burden of transportation costs for frequent trips TO an ATM facility, for those who don’t live near a bank; and it is getting impossibly costly to be poor.

This move is against federal regulations, and puts Kansas in jeopardy of actually LOSING some of the federal funds that go into the welfare program. It is counter intuitive on so many levels, it seems to defy all logic… Or it would, if it weren’t so painfully obvious that cutting aid to the poor gets votes. Which is why the state has also significantly cut benefits, and continues to place new restrictions on what benefits can be used for. The evolution of online banking and debit card payment has made this kind of policing much easier– and lawmakers know how to leverage that power to boost their public profile.

This is not about saving the taxpayers money, as they would want us to believe—it could even LOSE money for the state. This is about controlling the narrative; establishing the poor as a public menace, so that we, in what’s left of the middle class, will maybe not notice who the real criminals are, when it comes to manipulating public funds.

Meanwhile, Thing 2: CBS aired a new show last night—you guys, I can’t even with this—called The Briefcase. In it, a family facing financial hardship is given a briefcase containing $101k. Then, they are introduced to ANOTHER family, also struggling—and the game (let’s just call it that) is that the first set of poor people have to decide whether to keep the money, or give it to the other poor people.

What they don’t know—and here’s the super fun part!—is that the other family ALSO HAS a big sack of cash. So it’s like a completely contrived “Gift of the Magi” situation that feels less like O’Henry and more like The Hunger Games. I THINK the idea is that we, the (presumably middle class, DirectTv-having viewers) are supposed to be inspired by the generosity of, aw, the poor people who give the money away to the other poor people. It’s so uplifting! It’s like that one time, in the Bible…

It is also extremely manipulative. And exploitative. And manipulative some more. (While also contributing to the dumbing-down-of-America that is reality tv. Which I am convinced is the ploy of an alien nation that is planning to colonize earth, and wants us all properly subdued and devoid of original thought, you know, before they attempt a takeover). These families are referred to in promos as “deserving” recipients. And really, the question of what low income families “deserve” is at the heart of all that’s wrong with this show. And welfare reform. And possibly, western civilization.

And finally, Thing 3– even though it’s a smaller scale horror, it is the most depressing story you will hear today: a school principal in Queens planned a carnival for the students’ end of year reward. And then charged each student $10. The ones whose parents couldn’t pay didn’t get to go to the party. They had to sit in the auditorium and watch a movie. (Probably Bambi, because that’s the most depressing kids’ movie I can think of and wouldn’t that just be the way…). Most of the excluded children come from Chinese immigrant families; so this became a moment of not just economic, but also racial segregation. Somehow skirting the parameters of illegal, overt discrimination, because geez, it’s just $10.

Some of the children were in tears. Others asked if they were being punished for something.

Yes, kid. You are being punished for being poor. And I’m sorry to say, this is just the beginning.

This 3rd “thing” did not have as broad an audience as the things that happen on television, or in the political arena. But for the kids sitting in that auditorium—set aside, set apart as other, over a matter of $10—this is only the beginning. From this one childhood experience, the tone is established. And that one principal—who, in my mind, looks like some cross between Cruella de Vil and Sam Brownback—really embodies the whole broke-ass system that keeps telling the same story: Poor people are lazy; poor people are stupid; Poor people do not belong at the table with the rest of us; poor people should have to prove their worth, their deservey-ness, before they can enjoy the same carnival, or the same groceries, as the hard-working folk on this side of the fence.

On this side of the tv screen.

We know this to be true: shaming the poor is good for ratings, and it makes for good political capitol. Which means, sure, that people in power will stoop pretty low for their own gains… But it also means that we, the commoners, the middle class, the constituents and the viewing audience—are buying it. We watch the games unfold.

The question is: whose team are we on? 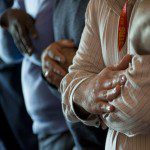 What if life wasn't just a...
slacktivist
Related posts from Irreverin