Wade in the Water: Pools, Fountains, and the Stain of Segregation

Wade in the Water: Pools, Fountains, and the Stain of Segregation June 9, 2015 Erin Wathen

If the image of a 200+pound white man with a gun, pinning an unarmed, 90 pound black girl to the ground with his knees—while he is fully clothed and she is wearing a bikini—has not been keeping you up nights, then you must be missing something. Like maybe you missed the white male bystanders aiding the officer. Or maybe you missed the police shouting and cursing, while the kids just asked what in the world they’d done? Or maybe you missed the deadly weapon drawn and aimed at unarmed children as they protested, “hey, we just came to a birthday party.”

Yes, there are good cops out there, working hard every day for their communities.They have to make impossible decisions regarding public safety and their own well-being. But maybe you missed the part, in this one story, where the officers run, and dive and roll–where absolutely nothing is happening–like they are in a cop satire from another decade. These are not public servants. These are little boys with super hero dreams. These are boys who’ve watched too much tv. Who’ve both forgotten their history and are reliving it at the same time.

Maybe we’ve all watched too much tv. We are so used to seeing this ugliness that we forget where we are. Maybe we see it, sort of… but we forget this is not 1960-something, it is this week. We forget when we are, so we just let it all spin out again. And again.

But it might be the first time in “post-racism America” that we’ve been confronted with such vivid images.  Thanks to the evolution of cell phone cameras, maybe it’s the first time we’ve had to see it in full color, and not just black and white.  The first time it splashes us in the face. 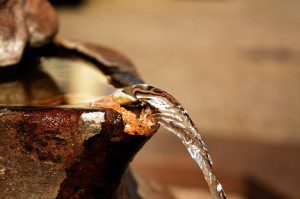 But as staggering as these images are, swimming pools and drinking fountains have always been at the heart of racially-charged conflict.

Could it be that deep, deep down… white people think color is contagious? That brown skin will somehow bleed into the rivers and lakes and turn us all a darker shade? Somehow diminishing the privilege that paleness has afforded for generations? Maybe that’s why water is such a volatile commodity.

During the 60s, the fear of contamination was not just vaguely implied–it was clearly articulated. They have diseases! They are unclean! Decent folks live here…

Get on out of our pool, boy. You go on home.

Maybe systemic oppression has taken the place of outright segregation, but the sentiment is still there, coursing through everything. Deep down, we know that it saturates the soil of America in subterranean reality. We see it in our schools and our prisons. We see it in housing developments and wage demographics. We see it so much we almost don’t see it any more. We are swept along in the tide, and content to let it carry us.

But sometimes, we have to make ourselves walk to the edge of the water, and see what is reflected back… right there, staring us in the face.

Look again. Remember where and WHEN you are.

Then listen. Listen and hear them say,
“What did we do?” and “We just got here,” and “you’re hurting her.”

And then hear the response:

Get the f*** out of here, boy. This pool is for white folks.

A McKinney neighbor is quoted in the local paper.  How “unfortunate” it is, all these ugly headlines, he laments. “Good people live here.”

But “good people” are the problem. Good, clean people called the cops on some colored kids wanting to swim in their pool. Good people got up in a girl’s face and told her to “get the F*** back to section 8 housing, Ni**er.”

Good people stood there and held back the crowd, while an officer forced a nearly naked child to the ground. By the hair of her head. As she cried for her mother.

Good people have always been the problem.

Good people wanting to keep their water clean have always been the problem.

The water has been contaminated, there is no doubt. Not by dark skin, but by the centuries-old wound of racism. That cut runs deep. It bleeds. It stains everything. And once you’ve got it on you, it’s not coming off easy.

But only beneath the surface. Down where it’s dark, and we’re not yet brave enough to swim. 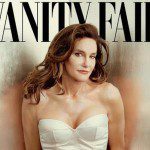 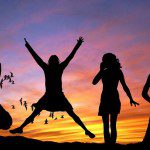 June 10, 2015 Who Run the World (#ChurchGirls): 10 Threatening Women to Watch
Recent Comments
0 | Leave a Comment
Browse Our Archives
get the latest from
Irreverin
Sign up for our newsletter
POPULAR AT PATHEOS Progressive Christian
1

Ira Einhorn and the politics of...
slacktivist
Related posts from Irreverin