And Yet: Two Words to Transform The Church

And Yet: Two Words to Transform The Church July 30, 2015 Erin Wathen

A friend of mine who works in youth ministry has a theory: Millennials, contrary to popular belief, are pro-institution. They will be the ones to rebuild all of the organizations that the Gen Xers have systematically destroyed.

It’s true; we Xers have been pretty down on structure and systems ever since we endured the first rounds of education reform, only to find that all the tedious, test-driven exercises prepared us for nothing. ‘Not caring what anybody thinks of me!’ is our spiritual gift. So maybe my friend is right. In the wake of the chaos wrought by the “Lost” generation (referring to our primary characteristic, not our defining television program), the next wave of leaders may find that they still need some walls around what’s left of the building. In religious, as well as secular settings, maybe they will be the new “builder” generation;  maybe they’ll restore order to all the stuff we wrecked in our rush to be free of expectations.

We are complicated! Nobody understands us! 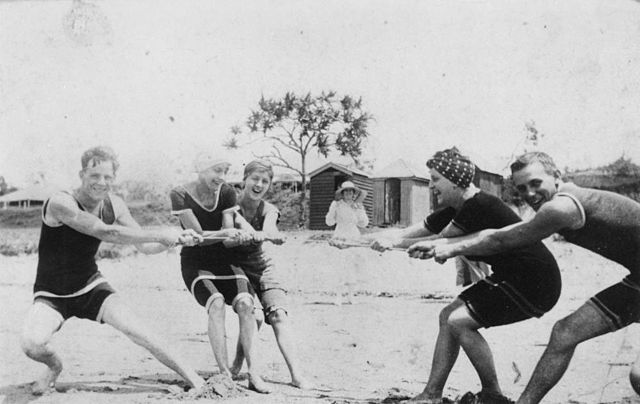 Even so… When I think about the future of faith—in particular, the future of progressive Christianity—the first thing that comes to mind is the death of the institution. Most of our denominational bodies seem ill-equipped to weather the rapidly changing social climate, the rising cost of living, and the growing secularization of culture. And even if ChurchAsWeKnowIt does manage to survive the destructive GenXers and the wandering Millennials, it will look vastly different in 50 years than it does right now.

I don’t know what it will look like, but I do know this: The Church of the future—if there is to be one at all—will learn to live with tension and uncertainty. It will learn to embrace mystery, and acknowledge that it doesn’t have all the answers. It will learn to dance in shadow and make artwork out of conflicting truths.

It’s time to embrace the power of “And Yet…”

Over here on the highly evolved progressive end of the world, we tend to say that it’s “their” fault. You know, the conservatives. The ones that need everything black and white, cut and dried, easily-answered and put in a brochure with graphics and bullet points. They’re the ones that need to learn to play nice with us.

We’ve got stuff figured out.

Listen. I’m a card-carrying lefty liberal, and yes, I am RIGHT about all the things—political, ideological, and theological. But what I’m learning in my old age (with the younger, hipper Millenials breathing down my neck) is that real community requires the difficult, often uncomfortable work of relationship. And our current population is increasingly segregated.  Not by race or economic status or sexual identity, but by sets of values. As faith communities (and elsewhere) we gather ourselves into insular pods of like-minded people.

I love the Progressive Church—and I love that we are leading life-giving change in our communities and world. But I’m also convinced that God is calling us to learn to play with our neighbors who aren’t like us.

I’m not suggesting that we relinquish our commitment to social change, or slow down the work of peace and justice. But in our rapidly shifting climate, there is more ‘progress’ to be made through human connection than within our respective safe zones. There is more life to be found in common ground than in dearly held boundary lines.

So we can know, we can KNOW that we are right to seek marriage equality for all; AND YET, we can stay on speaking terms with that “marriage = 1 man + 1 woman” bumper sticker crowd. Because you know, lots of allies used to have stickers like that. Until they met some actual people who changed their mind.

Two things can be true at once. It is possible to be both pro-choice AND YET, anti-abortion.

It is possible to care about a dead lion, AND a dead black man. It is not a competition of concerns.

We care about the work of mercy, AND YET, commit ourselves to the work of justice—even when the two seem to contradict each other.

We can love our neighbor, AND YET wholeheartedly disagree with them about the desirability of Donald Trump being president (Lord, in your mercy…)

The one thing shared in common by the last three generations—the Xers, our Boomer parents, and our Millennial little brothers– is the fierce commitment to individualism. AND YET, all that hiding in our own corners is starting to take a toll. Not only on our institutions, but on our collective spirit. We are sicker, unhappier, and more broke than we have ever been. The future of faith—and of our progressive brand of it, in particular—lies in our ability to be all ‘together in one place’ again. And to live at peace with all the uncertainty and discomfort that emerges when we are.

Two things can be true at once; we are right, and yet, we are often so wrong. We have some stuff figured out, finally; and yet, we have no idea. We are tearing stuff down, and yet we are building. The Church is in decline, and yet, it is becoming something new. Jesus died, and yet…

And yet. These words will be our salvation. Resurrection itself. We are dying, and yet, we might live again. 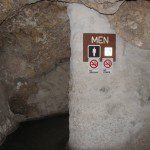 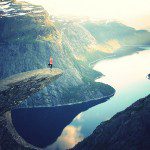 August 5, 2015 $h*! Jesus Says: 7 Reasons I'm (Still) a Christian
Recent Comments
0 | Leave a Comment
Browse Our Archives
get the latest from
Irreverin
Sign up for our newsletter
POPULAR AT PATHEOS Progressive Christian
1