Talking to Strangers: Scene in a Bar

Talking to Strangers: Scene in a Bar September 22, 2015 Erin Wathen

I was drinking a beer. That was her first clue that I wasn’t a real Christian.

When she asked me what I did and I mentioned that I was a pastor, I’m guessing that sealed the deal.

So when she asked me to tell her about my church, I could have quoted our denomination’s identity statement, keeping it light and generic. Or I could have told her about youth group and women’s ministries and mission work in El Salvador. But I figured I was already batting zero—drinking a beer AND being a lady minister—so I went for broke. “Well, we really emphasize community and service. We are concerned about the environment, and poverty, and other global justice issues. And…we welcome gay people.” 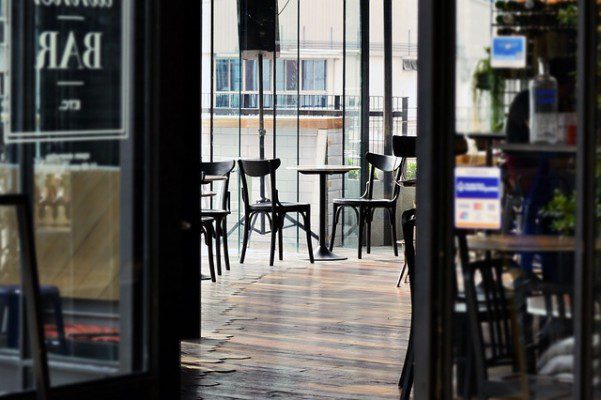 It is a spiritual discipline of mine to talk to people I don’t know. It sounds like a small thing, but you’d be surprised how many people actively avoid talking to people they don’t know. Which I find problematic, on a number of human levels. I engage strangers because it is good for my church; it’s good for my own sense of place; and because I think it is important to be fully present where I live.

But I also know that talking to people I don’t know—especially if I am willing to talk about my faith—can get weird, quick.

So I wasn’t  surprised when this casual conversation took an uncomfortable turn. We were sitting in the tap room of Whole Foods (YES! My Whole Foods has a bar, and yes, that is very, very good). We started chatting, and figured out that our daughters both took dance across the street. And in case you need a map to show you how we got from dance class to more complicated things, it goes something like: do you come here a lot? What other places to you like in this neighborhood? Where do you work? What do you do?

It happens all the time. And I have never once, y’all, pretended to be a hairdresser or a park ranger. BELIEVE ME, the temptation is enormous. But I’m a terrible liar.  And also, it is really fun to go ahead and say “I’m a minister,” and see where the Holy Spirit drives that crazy train. Sometimes it is somewhere good. Miraculous, even.

On this particular day… well, I was glad to have a beer in front of me.

Because the minute I said that my church was gay-ok, she got that look… the scandalized, bristling look that I have seen a few times before. And she started her (seemingly well-rehearsed) sermon with “interesting…” In the conversation that ensued, I bet she said “interesting” 10 times.

I find it “interesting” that you can call yourself a Christian and just ignore what the Bible says.

It’s “interesting” how some churches just want to ignore sin.

How “interesting” that you can gloss over what Jesus said about marriage being between one man and one woman.”

That kind of interesting…

First of all—I let that one slide, that Jesus part (NO HE DIDN’T!), because where do you start? Which thread do you pull at first?

If you have never been in this sort of “interesting” conversation, let me tell you… the impulse to bail is real. The urge to say “whelp! My food’s here, gotta run;” or, “pardon me, lady, but my beer is getting warm and flat, and right about now I just really want to chug the whole thing and pray to the good Lord that you forget to register to vote.”

But still, I engaged. It’s a sickness…

Maybe I didn’t call her on proof-texting a Jesus one-liner. But what I did attempt—with as much grace as I could muster—was to address her (rhetorical) questions about how we could be Christians and still affirm the whole-personness of LGBT people. Because it was actually a good question.

I will not bore you with the word for word, (and to our fellow Monday night Whole Foods go-ers—I’m sorry;  though I hope you heard me drop the name of my church into all the PRFOUNDLY ELOQUENT things I said about the gospel). But the gist was this: we approach the message of scripture as a whole, rather than pulling out a few convenient verses that uphold our prejudices. (Ok, I was not that sharp in the moment. But –something to that effect).

I said that personal “Sin” is pretty arbitrary, and that we focus more on the kinds of ‘sin’ and evil that harm people and destroy lives. Like greed and climate change and racism. (Crickets, on that one).

When she told me that her sister-in-law was gay and that “we love her, but we don’t condone her sin,” I said: “I hope she has found a safe place in your family.” And she said again, “I mean, we love her but…” “I hope SHE knows that,” I said again.

I also addressed the notion that said SIL is a lesbian because of the absence of a strong male presence in her childhood. I called BS on that.

Clearly, I am still processing these 15 minutes that felt like an eternity…but the part that I keep getting hung up on is the part where she said gay marriage is wrong because “it’s just so hard on the children.”

And—isn’t this always the way?—I can only think of what I DIDN’T say… What I actually said was something like, that has not been my experience at all, same sex couples face all the same stresses as “traditional” marriages, and they are wonderful parents, etc etc.

But what I SHOULD have said was this: the only reason it’s hard on the children is because of people like you.

If life is harder for the children of same sex couples, it is only because people like you continue to judge and marginalize. People like you train your children to “love the sinner and hate the sin,” and bully these kids at school, and insist that their parents not be Boy Scout leaders. Or maybe you homeschool your kids so that they won’t have to be exposed to the evils of the secular world. Perhaps you want everything in your children’s lives to be distinctly “Christian,” in the most secular sense of the world, because that will somehow… what? Protect them from temptation or harm? Keep their faith small and naïve and unchallenged?

I do not know. But what I do know is, some days it takes real discipline to not be that way, myself. To not nest in and surround myself and my family with only “evolved,” progressive, like-minded people; so that we will never be uncomfortable or, heaven-forbid, have to articulate what we believe and why.

That’s why I talk to strangers. Even though it sometimes (often) gets weird.

The bar-tender—who cast me a series of WTF looks throughout this exchange—happened by a few minutes later. “I think I’ll need another beer or 3,” I joked. “That went on for a bit.”

“Yeah…that’s why we have baseball on the t.v.” he said. “We try to keep all the other stuff out of here. No politics, religion or news.”

Politics, religion, and news… That’s pretty much the whole world!  So, are they trying to keep the whole world out of Whole Foods? All the messy, uncomfortable, gray-area world?

I guess they wouldn’t be the only ones.

Ultimately, I shook hands with this woman and said good-bye. Because the whole world is really not that big a place, and we have to live in it together. Someday, I will find myself selling recital tickets with her, or sewing tutus.* Someday, we might need each other for some reason that I cannot possibly fathom right now. And when that day comes, I will be glad to at least know her name.

“I hope you keep studying, and keep searching,” she said pointedly as she walked away.

Back at ya, sister. I hope… 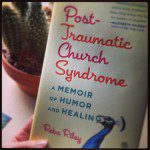 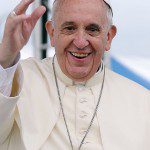