Lost in the Crowd

It’s been a big week in Kansas City. Following the Royals’ World Series win, we pretty much shut down the city for a few days. Standing in a sea of half a million people (which later counts put closer to a million) with zero visibility, limited access to food and restroom facilities–all after waiting in hours of traffic just to get there –DOES NOT SOUND LIKE MY IDEA OF A FUN TIME. However, the people who did venture out for the victory parade were ecstatic. They said it was a memory their family will always treasure, and a truly meaningful experience in the spirit of community.

While I’m glad I opted to watch from my couch in the suburbs, I’m also glad that so many people had such a wonderful, meaningful time with friends and family. So I hope you will not think I am absolutely the Grinch when you read this next part–just remember, I do not begrudge anyone the joy that has befallen this little corner of the world. 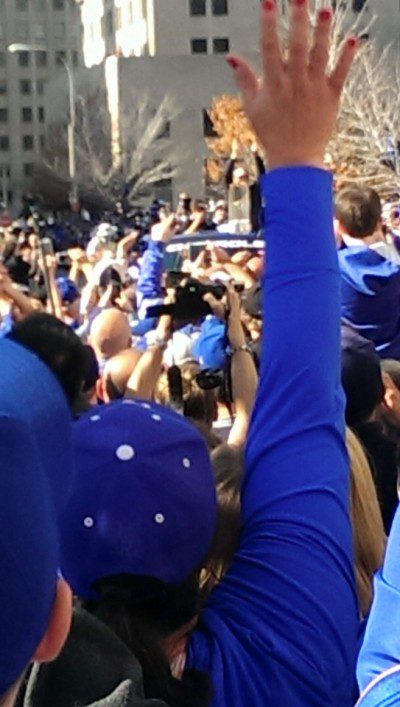 That said…The night before the big parade, people went downtown and camped out on sidewalks so they would have a spot for the next day. And so they would not have to fight the traffic madness that ensues when you try to cram 800,000 people into a 10-block square area. Smart on them, for real, because the people who lacked that kind of foresight wound up, honest-to-everything, parking their cars on the INTERSTATE and hiking to the festivities. Traffic was at a dead standstill, so I guess why NOT park on the freeway? (Gives whole new meaning to the old “the interstate is a parking lot today” hyperbole.)

The local news stations were out in force, covering the preparations for the big day. They interviewed the fans who were camping out to ensure their spot for the festivities. And the clear message was: this is an occasion. It is festive. These people putting sleeping bags and camp chairs on the sidewalk and nesting in for the night–they are devoted, the true fan-base. This is a city-wide party, and we’re all in.

And (here is where my inner-Grinch starts to emerge), all I could think was this: when white people from the suburbs camp out in the city, it is AN OCCASION. When homeless people roll out their sleeping bags on the sidewalk, in doorways, on benches–they get, at best, chased away; at worst, arrested.

So does the virtue of having secured housing–elsewhere–somehow make one less criminally suspect, or less of a public nuisance? If so, perhaps homeless people, when they are evicted from their bench/stoop/public square, might just say “Oh, no, I HAVE a house. I really do. I’m just going to hang out here for the night. Because of the wonderful sense of community that I get when we are all out here in this open space together.”

Somehow I think it wouldn’t work like that. Because poor is poor, and we are conditioned to spot, from miles away, who does not belong among the acceptable people.

A couple of years ago, Kansas City made a concerted effort to remove its homeless people from visible touristy areas, like Country Club Plaza and Crowne Center. It was right before I moved here, so I’m not sure what the fall-out was, but I know it was a very tense public conversation for awhile.

Not long after that, I was at Crowne Center with my kids. We were in the Crayola store. The President had been in town the night before–I don’t remember what for–and the motorcade had just rolled out that morning. That’s not why we had come downtown, but I remember it was the same day because there was a homeless man in the Crayola store…telling everyone who would listen about how he had seen the President.

“He waved at me!” he was telling us. “Stuck his arm right out the window and waved at me! He looked right at me!” He was ecstatic. Clearly, this was one of the most momentous occasion of this man’s life. It was a moment when he connected with his city, his country, his fellow parade-watchers in fact, and felt a part of something. He waved at me! My fellow shoppers and I could not help but smile as he went from one person to another, an evangelist who had been caught up in a cloud of witnesses, caught hold of something holy, and could not help but tell the good news.

Tell it again, we said. That must have been amazing, we said.

But I was wondering, all along: how long til someone realizes he doesn’t belong here, isn’t supposed to be here in the ‘nice’ place where people shop and buy nice things… how long until they herd him off to whatever quarters have been designated domain for the indigent and unbecoming?

How did I know he was homeless? I don’t know, but I just did, and everybody else did too. And that ‘just knowing’ is the social factor that makes some people revelers with a purpose; and others a public menace hurting tourism.

Anyway. That is not to say we should feel guilty about enjoying a moment. Joy is fleeting, and if we can gather sometimes and catch onto it together, then we should. Even if it means parking on the freeway.

But there is more at work than the sporting event, the holiday, the politician or the regular Tuesday that we came to celebrate. 800,000 people didn’t rush downtown just for baseball. They came because they love their city. They love the sense of belonging that comes when large crowds gather for a common purpose.

It feels trite to say that, if 800,000 people would show up at once for the purpose of ending homelessness, then we would not have homeless people to hide. While it might be partially true, social change doesn’t work that way. And that’s not the point, any way. The point is that the urge for community, purpose and belonging–the impulse that will send nearly a million people to a crazy-crowded parade on a Tuesday–is an impulse that ALL people share. Regardless of what team they cheer for, or how often they sleep on a sidewalk.

Instead of just listening to my obtuse social commentary… Go here for some hopeful news about trends in criminalizing the homeless. Maybe we’re learning. Maybe we’re learning that, for the most part, everybody just wants a place to be. Somewhere to belong. And for somebody to see us, and wave from the window. 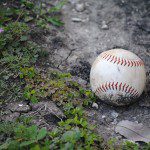 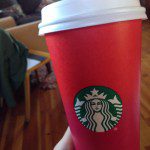