It’s March! You know what that means, right?

We can take a break from fighting about politics…and fight about BASKETBALL instead!

No matter what team we love–or love to hate– I think we can all agree on one thing this year: it is a cruel trick of the universe, and some poor planning of the liturgical whatever, that the Sweet 16 is going to happen over all of Easter weekend! Like, we might have to miss a game(s) to observe Good Friday. Or rush through Easter brunch/mimosas to make it home for tip-off. I tell you what. The things we do for Jesus.

Anyway. I love basketball, but was never very good at it. I was short. I was slow. I was easily intimidated by a)faster kids and b)fast-moving objects flying at my face.

I have a girl child, however, who is neither short, nor slow. We’re on spring break this week I signed her up for a morning basketball camp at our local rec center. It is her first encounter with organized sports, and perhaps I’m biased, but she is nailing it. She’s this long legged thing (like her dad) and she can sprint. She is tall and fast, in other words, unlike me as a kid. And as for the easily intimidated part… well, we are working on it. 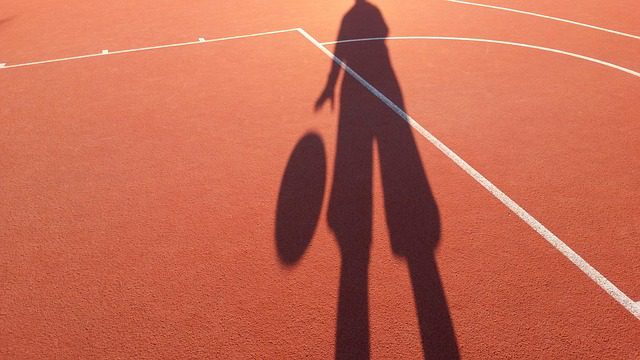 Here is what I know–co-ed sports are the best and worst thing ever. The best because, in theory, kids at this young age are just learning team spirit and cooperation, and those are things that kids need to learn in cross-gender situations.

It’s the worst because already, at this young age, the boys have picked up on the memo that you don’t want to pass the ball to a girl if you can help it.

Seriously, they are 7. Where do they get this? I’m starting to think it is deeply engrained in the womb. And then reinforced in a thousand small ways from the minute they are born.

I mean, I didn’t want to get all femme-bitch at this kid in Target–who was really just trying to be helpful–but are you telling me that now, men are so tough they literally do not bleed ever? Because that’s what I’m hearing, bro. If you admit it hurts, you aren’t a man. If you need a band-aid, you might as well be a GIRL. And we know that is the worse thing you can be, ever.

So back to spring break basketball camp… There are only 2 girls there, and the rest are boys. The girls are really good. Mine is long and tall and can sprint, and has great defensive instincts. The other one is little but scrappy, and makes almost every shot she takes. And yet, I’ve been watching for 2 days now, and the boys act like they aren’t even there. It’s bizarre.

There’s this one kid, in particular… I mean there is always That One Kid, right? To be fair, I do not think it is gender-driven for him–he is an equal opportunity ball hog.  He doesn’t want anyone else to touch the ball, ever. No matter what else is going on, he is waving his arms like a maniac yelling “PASS! PASS!” When the coach is holding the ball and talking, this kid is all up in his face with hands out, like “gimmeit gimmeit gimmeit.”

And of course, it is always That One Kid whose parent doesn’t stay to watch, and witness what a punk he’s being. But anyway.

Several times, I’ve witnessed my giraffe of a girl make a bold steal. And the minute she gets the ball–every time– That One Kid demands “Pass! Pass!” And she does. She’s just barely gotten her hands on it, but hands it over like she’s holding something hot. Like pure instinct. She passes, and he makes the shot. Every time.

The coach finally, thankfully, pulled her aside today and said “YOU keep the ball. Look, you can dribble all the way up here to the net and shoot.”

Damn skippy she can. And when she came over for a water break I said, “Great job. Now listen to me: you do not have to pass the ball just because a boy tells you to pass the ball.”

“But I’m not a very good shooter,” she says.

And I’m all “That’s not true. You just aren’t getting chances. Shoot it yourself next time.”
Says the mom (of a boy) in front of me: “You can do it!”

Takes a village, sister. Thanks for that.

Anyway. It is a 5-day parks and rec thing, and they are 7. This is not the NCAA Tournament, and I’m not that competitive. (Ok, I’m a little competitive). But this is not about that. I have no idea if my kid is going to be an athlete. She also loves ballet. And writing stories. She’s also an artist. And a vegetarian/animal lover who wants to be a vet, or maybe an environmental activist. She also loves church, and talks about preaching a lot… Lord help me, she might be a minister.

So this is not about basketball. This is about early lessons in gender politics; early reminders to stand up for yourself, to be stronger than others assume you are; and to not be afraid of the stuff flying at your face.

She may not be an athlete. But if she’s not, it won’t be for lack of height or speed. And on my watch, it will sure as hell never, ever be because she’s intimiated.

Take that and run. All the way down the court. 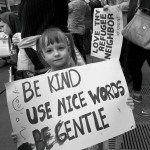 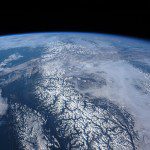 The IMDB "Goofs" page for the...
slacktivist
Related posts from Irreverin