There’s a blog post going around called “So You Don’t Like your Pastor…” I read it. And it wasn’t about what I thought it was going to be about.

First of all, it was written from a completely male perspective. Not just written by a man, but written as though only men exist in the world, ever. You know how those things go… But the article was about clergy burn-out, the unique stresses of pastoral life, and how church members should have empathy for their pastors… Understanding that ministers are fully human, imperfect creatures. Gender exclusivity aside (and boy, it was glaring) these are good points. But it wasn’t what I thought I was about to read.

What I thought I was about to read, was a post that I’ve been mentally composing for years now. But I keep pushing it to the back burner because it keeps coming out too edgy. Even for me, and y’all, that is saying something. But seeing that headline and thinking somebody else had finally tackled it, makes me want to just go ahead and say what I thought I was about to read. Which I’ve been thinking about for awhile now. Which is this:

So you don’t like your pastor. You know what? Sometimes that happens. It is what it is, and it’s ok. But it doesn’t mean you should leave your church.

Ok, that wasn’t so bad. Perhaps I can edge into a bit of personal narrative without the universe imploding.

In general, as a person…I’m not for everyone. In nearly 15 years of congregational ministry– serving 5 churches in various capacities, not to mention area and regional functions as well–I have worked and served with roughly a couple thousand people, and guess what… This might come as a shock but not everybody likes me. I’m a grown up and I’ve learned to be ok with that. I even kind of get it. I can be, as Suzanne Sugarbaker said–too much. I KNOW I can be too much.

But at some point, I had to decide if I was going to be me, or be a minister.  And then I figured that God would not have asked me to be a minister if God did not at least sort of like me. As I am. So I’ve tried to roll with that.

Granted, as an Enneagram 7 (cheerleaders and salespeople everywhere feel my pain), I am convinced that people who don’t like me, really just haven’t met me yet. Or at least, not properly gotten to witness my MANY REDEEMING QUALITIES. But even we eternal optimists, if we live in the world and the church long enough, have to finally recognize…that not everyone will warm to our overwhelming wit, wisdom and charm. Sometimes people literally, seriously, just do not like us. Repeat after me: it’s o.k.

So I’m too much. You know, most strong women are too much for somebody. Some men are too much too. The truth of ministry is that some of its functions demand a certain largesse of personality. Which means, as far as clergy go–whether we are called to ministry because we’re too much, or we become too much by virtue of our calling…there you have it. Not only are we flawed, imperfect human beings, capable of mistakes, misspeaks and general jerk-like behavior, on a bad day–we are also outspoken. Because we kind of have to be.

I say this knowing that 99% of pastors are beloved by 99% of their congregations (that math is legit, if hyperbolic) but also knowing that some people don’t like us. And that’s ok.

We are grown ups and we can take it. What’s harder to take–what is truly heartbreaking–is when a personal distaste for the pastor leads a person to leave the church. That’s harder to absorb because it doesn’t just hurt us, it hurts the other people that we serve, and love. And that’s not how this is supposed to work.

Because the church is so much more than the pastor. Even if you don’t respond to his or her preaching, even if you find their personality off-putting, even if your minister is not a person you would ever want to go and have a beer with–that pastor is not the church.

The Church is a living breathing thing that, on a good day, can transform the world; and on a bad day, can at least bring you a casserole. The Church is the memory of every Christmas Eve candle light service, and every Easter Sunday choir anthem. It is the echo of your children learning about Jesus’ love, in the voice that reads to them from the gospels and the hand that sneaks them an extra cookie. The Church is friend and family; she is challenge and comfort. She is ageless and always changing, and she is home when “home” itself keeps getting moved down the road.

Don’t abandon her because, maybe, for this  moment, you don’t care for the person up front. Pastors will come and go, but the Church that you love will, hopefully, still be there.

I realize there are special cases–significant conflict or breaks in trust, or just irreconcilable differences–that may cause people to leave the church. Those are all painful things that maybe we can talk about another day. But if it’s just a matter of not “liking” the pastor? Sit back down. Take a minute. Look around at all those other people in the chairs/pew next to you. The ones sharing your hymnal, passing the plate, and breaking the bread. Those are your people. This is your tribe. This is the body of Christ.

And it is never too much. (Even if some of us are). 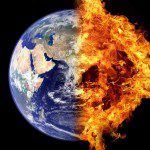 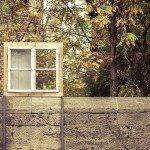 May 17, 2016 The Soulmaking Room: Review
Recent Comments
0 | Leave a Comment
Browse Our Archives
get the latest from
Irreverin
Sign up for our newsletter
POPULAR AT PATHEOS Progressive Christian
1