Another day, another mass shooting. Another opportunity for political propaganda-ing and moral posturing and “we’ll keep them in our prayers-ing” that amounts to exactly nothing, as long as they are all too cowardly to stand up to the gun lobby that is the boss of everything.

This cowardice, for the record, is a bipartisan sin.

Yesterday’s shooting in Orlando is the biggest in U.S. history, which is not the kind of superlative you want to be winning, not by a long shot, but it is truly saying something to be the “worst” on America’s scale of relative horror.

And everybody’s got somebody to blame.

“It’s the Christians’ fault. They’re perpetuating all this hate against LGBT people.”

“It’s the Muslim extremists’ fault. They hate all Americans.”

“It’s the fault of the culture at large–we glorify violence and we have a problem with hate in general.”

The naming and blaming may seem insensitive when so many lives have been lost. These victims were actual people, with people who loved them. They had jobs and pets, and lawns to water; they had art they were making and groceries in the fridge for Sunday brunch; books they never finished and summer vacation plans and Monday meetings and dinner reservations…and all the other wonderfully, beautifully mundane things that make up a life that are now just sitting there. Impossibly empty and undone.

All the more reason to say, “Who did this?” So that “highest casualty mass shooting in the U.S.” does not remain an open-ended title.

So, who is responsible? Christian fundamentalists? Muslim extremists? The people who make violent video games and movies and teach our kids that blowing stuff up is the funnest? The legislators who continue to leverage our hate for one another for their own political gain? The culture at large, accepting this carnage as our inevitable reality?

Do we need to address the hate at the heart of this national crisis? Absolutely. Hate for LGBT people, hate between Christians and Muslims (because we know this to be a two-way street), hatred of women, hate for all that which does not look precisely like us and our very small image of God… It is all part of the problem.

There are so many layers to sift through. This one tragic event seems like a conflagration of our most complex and toxic national controversies–like a nightmare literally come to life, turned on us with guns blazing. It is all our hatred for the other, twisted and twirled up in a single horrific event.

So I don’t know exactly who’s to blame, but I know this: A nation so filled with hate should not be this well-armed.

Responsible gun-owners should not mind taking 5 minutes of paper work to get the damn thing. You go through more red tape to drive a car, to get a fishing license, to update your Costco membership. Most Americans are in favor of universal background checks, and enforcing the laws that we already have in place. This is not unconstitutional. It is simple survival–which, in case you haven’t noticed, we are not doing very well these days.

Furthermore, if you are a responsible gun-owner, nobody is trying to take your toys. That rifle you use for hunting, that handgun you keep beside the bed for protection (which, whatever, but please PLEASE keep that business locked up if there are children in your house ever), or whatever thing that you have to do the other thing you like to do–fine. All good. But nobody, and I mean nobody, needs a weapon of mass destruction. A machine designed to kill hundreds of people in a matter of seconds. You do not need that. Nobody needs that.

You can tell me that the Orlando shooter obtained his weapon illegally, that laws will not help us. I will then tell you that, as long as it is THIS EASY to get a weapon legally, it will be that much easier for the scary people–people who are, say, on the FBI watch list–to get a gun, one way or another.

But you probably know this. The majority of people in our country are for some common sense gun laws–and the tightening up of the ones that we have–but like I say, the NRA is the boss of everything. And our leaders are too chicken to face them.

I do not know why this is. But I do know that a nation this full of hate–and fear, and unchecked mental illness, and addiction, and a torrid love affair with blowing shit up on television–need not be this well-armed. 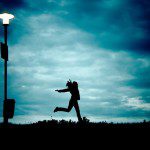 June 9, 2016
Running While Female: A Survivor's Story
Next Post 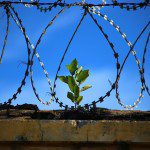 June 15, 2016 Grief for the Villians
Recent Comments
0 | Leave a Comment
Browse Our Archives
get the latest from
Irreverin
Sign up for our newsletter
POPULAR AT PATHEOS Progressive Christian
1