Get Off the Fence: Why “We Welcome Everyone” Isn’t Enough

Since last week’s horrific shooting at an LGBT nightclub in Orlando, many pastors have offered words of comfort for the victims’ families; words denouncing violence and gun culture; and prayers for a more peaceful world.

Then, there’s those other guys. “Pastors,” so-called, in Florida, and Texas, who have said unspeakably hateful things about the LGBT community; who have publicly prayed that God might “finish the job” and kill the rest of them; and some other terrible things that I’m not going to repeat, because honestly, I do not want my quotes to be taken out of context and thus be mistaken for a right wing fundamentalist lunatic. I’ll leave that to those guys.

Those guys, whose names I’m not going to say. Whose pictures I’m not going to post. Whose terrible words I’m not even going to link to, because I don’t believe in giving bad pastors that much PR. I’m kind of like the FBI like that. Truth is, you’d never have heard of those guys if CNN hadn’t gone “Hey, look over here everybody! Ministers being assholes!”

Still, their comments are so disturbing that there’s been a call from the public at large–and progressive Christians in particular–to publicly denounce that brand of hatred and bigotry, lest we all get painted with the same homophobic, definitely not-rainbow-colored brush. I’m torn, because I reject their twisted interpretation of the gospel–of course I do. But I also don’t want to acknowledge them as more than a gnat in my ear. It’s a pickle.

So here is my response–it is not to those guys. It is not even about those guys. It is, instead, a word for my moderate-to-progressive colleagues, lay leaders and fellow Christians. To all of you, I want to say: it’s time to get off the fence. It’s not enough to be passively welcoming any more.

There are many reasons–some of which I’ve blogged about before, and some of which others have stated far better than I ever could. But today–right now, at this very moment in our history–there is only one reason worth mentioning. And it’s those guys. The ones that are still calling for judgement and exclusion, and the ones that go so far as to pray for the death of our LGBT brothers and sisters. As long as they are out there–and believe me, they are out there–then we can’t be “in here,” safe and comfortable and saying, “Well, we welcome everybody. Why do we have to say it?”

We have to say it, because “come on in, it’ll be fine,” does not cut it for marginalized communities that have been hurt by the church, repeatedly and systemically.

We have to say it, because “everybody” usually doesn’t mean everybody.

And we have to be loud about it, because those guys are out there. And they are plenty loud.

So I’m not talking to them. I’m talking to my friends who can offer a better narrative, a sacred invitation, a transformative community that heals broken lives and families with its welcome. That welcome needs to have no strings, no secret code words, and zero guess work. It’s the best way to respond to those guys without actually engaging them or giving them any more exposure than they already have. It’s the only way to say to the world–and to the marginalized world, in particular–that we have another way, a better story, and a place at the table.

I know it’s not always that easy. I know that many of you would lose your jobs if you spoke up on this issue, or cause tremendous strife within the Body. If that is the case, then go with your gut and be the best pastor you can be to those folks. I’m really talking more to the many (especially Disciples of Christ) churches who, technically, do welcome everybody–they’ve just been reluctant to say it for fear of offending Somebody. Or a few somebodys.

But it is way past time to keep placating the handful of people who are uncomfortable with being “the gay church,” or who don’t want to be “So in your face about it.” Now is precisely the time for in your face. It is time to address those concerns about “what the neighbors might think,” in the most loving way we possibly can. But if that is the only hold up? Then yes, it might be time to let a few people go, and wish them well.

So if your church is mostly, technically, unofficially affirming but you just haven’t taken the steps to embrace it –maybe you’ve just been waiting for a nudge?–then consider this your nudge. The time is now. It is a year since the Supreme Court ruled to legalize gay marriage. It is a week since an unthinkable loss of life took place in the name of hatred and bigotry. Somewhere between those two realities, the Church is still sitting on the fence. It’s time to hop off and decide which side we are on. 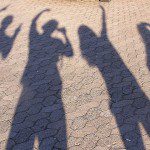 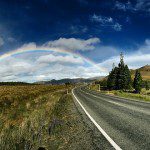 June 26, 2016 Those Who Watch for the Morning
Recent Comments
0 | Leave a Comment
"When the United States began, most patriots considered their patriotism in relationship to their home ..."
Caliban Whose Flag Do You Carry?
"All peace and joy on your journey!"
Patrick Along For The Ride
"I'm sorry to hear about your daughter. It's heartbreaking to hear of a parent burying ..."
Cynthia 10 Ways to Care for Someone ..."
""I'm so very sorry/I'm so sorry for your loss," sincerely meant, is actually enough...no religious ..."
J.D. 10 Ways to Care for Someone ..."
Browse Our Archives
get the latest from
Progressive Christian
Sign up for our newsletter
POPULAR AT PATHEOS Progressive Christian
1