The Late and The Greatest: Muhammad Ali, and What Gets Remembered

The Late and The Greatest: Muhammad Ali, and What Gets Remembered June 6, 2016 Erin Wathen

I know nothing about boxing.  Except that it’s a dang sight more artful and athletic than that UFC business that is all the rage these days.

Still, I feel a certain kinship with Muhammad Ali. He was a Kentuckian. Furthermore, he was a Kentuckian who wound up living in Phoenix. Not for nothing, but Kentuckians living in Arizona is a pretty small club. And since I feel profoundly connected to both of those little points on the map, I kind of feel like I can claim his story– at least in some small part–as my own.

In addition to being a world class athlete, Ali was also a humanitarian and civil rights activist; a conscientious objector; and a strong voice for interfaith dialogue. He was a poet. He was once a boy named Cassius Clay. And he had a family.

He was the greatest.

So I was grateful to hear that the city of Louisville is honoring him for a much broader legacy than just his athletic career. From the Ali Center, promoting interfaith cooperation, to the (pink) Clay family home–in that city he is not just a sports hero, a symbol of physical strength and or an “inspirational” figure… but a whole person. One who had a complicated and important life, beyond just the briefest flash of fame.

It’s especially important, in the current climate of Islamaphobia and escalating violence in the Middle East, that they are emphasizing his role in the interfaith community.

Fame has its price, I’m sure. And it certainly had a high price for this man, who sustained significant bodily harm in the course of being “great.” But so often, the toll of fame reduces a person’s life history to a single frame–a greatest hit, a best-seller, a title, or a single moment in history. And that, at least, will not be the legacy of Ali. He lived as a whole, embodied, connected person, and he will be remembered as such.

Louisville Mayor Greg Fisher says: “Almost everybody’s got an Ali story.” And I guess they do. Even those of us who know not one thing about boxing.

Most of us will never be “The Greatest,” in the way that he was. But in the end, being great might not mean what we think it means. It’s got more to do with a lifetime of little things, not the one great big thing. What stories they’ll tell after we’re gone; who is a little better or stronger for having known us; and how well they remember us, down home. 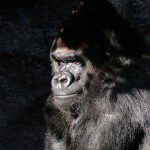 June 2, 2016
The Small World of a #TrendingTopic: Gorillas and Other Big Things
Next Post 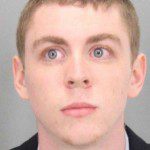