After Senator Chris Murphy led a 15-hour filibuster; and other lawmakers, led by Rep. John Lewis, staged a sit-in on the House floor; Congress finally allowed for a vote on measures that would, among other things, ban people on the terrorist watch list from buying guns.

Conservative lawmakers voted the measure down. Though its failure to pass was predictable, the reason they gave was a bit of a head-scratcher. (Not that reason has much play in the conversation around gun control…) Their concern, and I quote, was that this might unintentionally trample the rights of some citizens who have committed no crime. This is, word for word, the response I received from my own Representative, after I urged him to support this law: “People on the watch list are not tried or convicted of any crime, and we know that mistakes have been made and innocent people have been put on the watch list. To prevent them from purchasing a gun would deprive them of their 5th amendment right to due process, as well as their 2nd Amendment right to keep and bear arms…I could not support such a measure.”

I’ll give you a moment to seethe.

Conservative leaders (namely Trump and former Speaker Newt Gingrich) are now calling for a variety of actions against Muslims: including, but not limited to, mandatory “testing” and possible deportation, for those already living in the country; and bans on people of Muslim heritage entering the country at all.

These proposals are being met with resistance, but that doesn’t change the fact that they are out there. They are out there and up for discussion, in a country founded on the principal of religious freedom. They are out there, circulating more fear and mistrust; more misplaced anxiety; and more contrived misinformation about the Muslim faith and the people who practice it.

There are so many layers to sift through, to get at the heart of what is driving this election, and this season of hateful vitriol in our national discourse. But for now, we need only observe one thing: the day has finally come when the Second Amendment trumps the First. It is “innocent until proven guilty” for those on the extremist watch list–sure, give them an assault rifle! It’s their right! If they shoot up a school or a night club, then we’ll know… But it’s “deport first and ask questions later” for Muslims who are just trying to live in peace and be a part of their community.

I’m confused though… how are they going to buy guns if they’re being deported? Or…wait, do they take the guns WITH them? Or does owning a gun prove they’re American enough to stay? Like, maybe that’s part of the ‘test…’ I do not know. So many questions.

But when the Second Amendment takes precedent over the first, this can only mean one thing. As we’ve long suspected, the NRA now, officially, has more money than God. 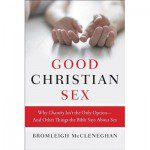 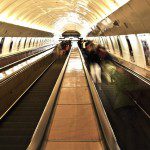 July 18, 2016 Just One Thing: On Hearing and Being Heard
Recent Comments
0 | Leave a Comment
"Very well said."
silicon28 Let It Burn
""So we know that when the president declares church “essential,” it has nothing to do ..."
Bob Shiloh Essential
"Amen. So be it.We ARE being called to repent. And, the rest of the world ..."
Chari McCauley Let It Burn
"Not "pawns" nor a "game" … they're the drivers and instigators of today's political switch-over ..."
Ocelot Aardvark Essential
Browse Our Archives
Follow Us!