Get Ready for the Polyamory Movement

Get Ready for the Polyamory Movement August 22, 2016 Erin Wathen

As a theologically progressive pastor serving in the United Church of Christ, which is by most measures the most liberal Christian denomination in the country, I have watched and prayed from a comfortable distance as other mainline churches wrestled with questions of human sexuality. Presbyterian and Episcopal communions have fractured over same sex marriage and the ordination of gay and lesbian pastors; meanwhile, the UCC just waves its rainbow flag a little higher, literally and figuratively. While individual congregations may adhere to more conservative positions, the UCC as a denomination is officially Open and Affirming. Indeed, the denomination passed its first resolution regarding homosexuality in 1969, continuing our tradition of being on the cutting edge of progressive social movements; our spiritual forebears were abolitionists and suffragists.

Given the UCC’s tendency to list left, it shouldn’t surprise anyone that there are those within the denomination – particularly among my clergy peers younger than 40 – who are ready to delve into the next frontiers of sexual politics. While our evangelical counterparts debate the merits of egalitarian or complementarian marriage (i.e., whether or not the dude is in charge) the fringe of the mainline church is engaging the question of whether or not monogamous marriage is inherently problematic and patriarchal. All of this is to say: get ready for the polyamory movement, folks. It’s not merely coming. It’s here.

Polyamorists do not expect monogamy in marriage and other committed romantic relationships, but presume one or both spouses will have more than one sexual partner. Polyamory is not the same as polygamy, that oh-so-biblical form of marriage that is still in practice in many places throughout the world. Neither is it the same as swinging, in that polyamorous relationships are more than just sexual liaisons. Some prefer to call it “ethical non-monogamy”. 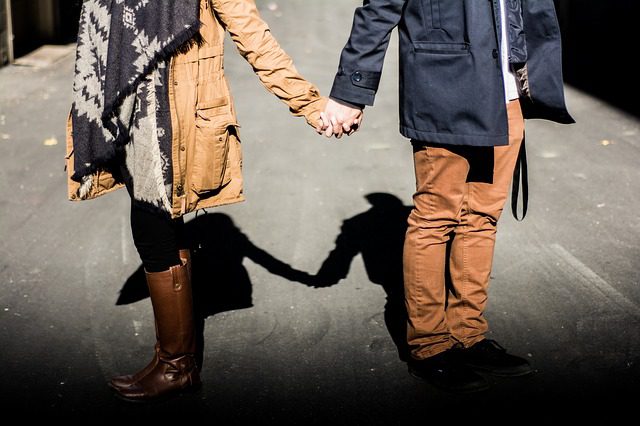 Earlier this month, the UCC Stillspeaking Daily Devotional featured a brief piece by the Rev. Matt Fitzgerald condemning polyamory and defending monogamy. “Monogamy is a response to the fidelity of God. Made in God’s image, we promise ourselves to one another, just as God has promised Himself to us. Monogamy echoes God’s faithfulness,” Fitzgerald writes, ultimately insisting that God says “no” to polyamory. For most Christian communities such a pronouncement would largely be met with a great collective “Well, duh.” Not so in the UCC. A string of comments take Fitzgerald to task for misunderstanding polyamory, for promoting a heteronormative model of marriage and fidelity, and for doing harm to polyamorists with his judgmental tone.

The next day, the UCC published a rebuttal devotional, an oxymoron if there ever was one. In it, the Rev. Chris Davies – the curator of the brilliant Queer Clergy Trading Cards – offers an intersectional affirmation of polyamory without ever actually using the word. Turning Fitzgerald’s own conceit upside down, she writes, “God says NO to the unchecked assumption that the only way to make family is with two people and small children, when people are finding love in ethical, and creative ways all over the place.”

I admit that much of what I know about polyamory came from a single article by Olga Khazan in The Atlantic. Shortly after I read it I made the mistake of casually bringing it up in a conversation with some other moms during toddler tennis lessons; only after the wildly awkward pause that followed did I realize that polyamory is most definitely not on the list of socially acceptable topics for conversation in my small town.

Khazan, who found it needful to clarify in “Multiple Lovers, No Jealousy” that she herself is not a polyamorist, tries to give the subculture a fair hearing. She lets polyamorists speak for themselves. She places the practice in context of ever-changing social norms around sex and marriage. She weighs research that tentatively acknowledges that non-monogamous relationships can be quite healthy – some suggest even healthier than monogamous relationships. Jealousy, for instance, tends not to be an issue in polyamorous relationships. Likewise, lovers tend to trust one another more readily in open marriages. There is no need to sneak around if your partner expects you to be sexually active with more than one person. People are more likely to use protection when engaged in permissible trysts.

Khazan addresses the strong taboo against polyamory, pointing to psychological reasons why people in a monogamy-affirming culture would affirm monogamy themselves. “The process of adhering to social rules and punishing rule violators tickles the reward circuits of our brains,” she writes. “Some studies suggest that each time you think to yourself that polyamory is icky, an oxytocin molecule gets its wings.”

I suspect I’ve given wings to a heavenly host of oxytocin molecules. It would be an understatement to say that I am ambivalent about polyamory.

The few polyamorous relationships with which I have more than a passing familiarity haven’t ended well. A friend-of-a-friend’s experiment with an open marriage went horribly awry; it was all fun and games at first, but the admission of others into their marital bed ended up giving them nothing but heartache and herpes. Their marriage ended in a traumatic divorce. It would be wholesale logical fallacy of vividness to presume stories such as this are the norm, but I nevertheless suspect that they are more than merely the exception. 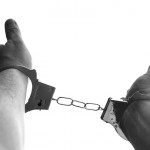 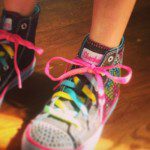 August 24, 2016 10 Meaningful Ways to Start Your Kids' School Day
Recent Comments
0 | Leave a Comment
Browse Our Archives
get the latest from
Irreverin
Sign up for our newsletter
POPULAR AT PATHEOS Progressive Christian
1