The Main Issue That Faith-Based Voters Should Be Asking Tough Questions About October 12, 2016 Erin Wathen

Here are things that I hear faith-based voters talking about this election season:

At least, this is what candidates address when they court the faith-based vote. When we say ‘faith-based’ voters, that typically implies a certain demographic of socially and fiscally conservative Christians. But there are a wide range of people across the religious, political and ideological spectrum whose voting practices are influenced by their faith. From Progressive Christians to people from other traditions, I’d venture that all but a very slim margin of Americans consider their politics to be rooted in their religious beliefs. These voters are talking about everything from climate change to education and healthcare through the lens of who we know God to be, and who God has called us to be.

While conservative and progressive Christians may hold differing views on the most important issues of this election cycle, there is one issue that should take top-billing for ALL people of faith, no matter which side of the aisle or what their language for God. It’s the one issue that could bridge the divides over social issues, and it’s the one issue that none of us have been talking about enough:

This is a non-partisan critique. Neither candidate has given proper attention to the issue of poverty in this election. And that’s because we, the voting population, have not been asking enough hard questions about their plans to address it. Candidates are always going to spend the majority of their mic time covering the issues that they think will get them elected. So if we aren’t good and loud about what we care about, we aren’t going to hear about it. 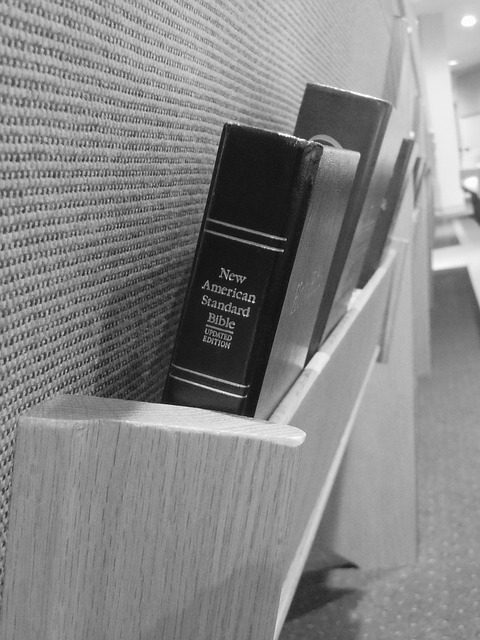 The gap between the rich and the poor in this country continues to grow, and it is a blight on our collective conscience. Furthermore, the issue of poverty lies at the heart of every other major issue that you will find on the ballot.

For instance: do you care about education? Investing in competitive wages for teachers and quality schools for every student–regardless of their zip code–is one of the most critical parts of the equation.

Worried about the rising cost of healthcare? You should be. It is one of the main reasons that wages have not increased with the cost of living; and yet, the CEOs of major insurance countries continue to make millions every year.

And about abortion… Listen, I don’t like it either. If you are a single-issue, pro-life voter, then you and I probably have some pretty different ideas about how to address the matter. But the bottom line is, addressing the root causes of poverty is THE most effective way to reduce abortion rates. If all women made a living wage, had access to preventative healthcare services, and could afford childcare, we would see a dramatic reduction in the number of women seeking to terminate pregnancy. Criminalization has long been touted as the “only” acceptable approach for people of faith… But whatever you believe, Roe v. Wade has been the law of the land for decades, and it is probably not going to change–no matter who is in office. The best thing we can do to protect the sanctity of life, is to make sure that women have the resources they need to make good decisions about their bodies and their family lives.

I could go on… crime, racism, climate change, and every kind of “freedom” that we pretend to care about–those conversations all begin and end, at least in part, with concern for the poorest among us.

Care of the poor is mentioned more than 200 times in scripture, and is a continuous theme throughout both the Old and New Testaments. In every instance, the message is clear: poverty is an affront to God; a true abomination. Most of the other things that come up in our daily discourse? Not so much. If you are a faith-based or values voter of any kind, “the least of these” should be your first concern at the ballot box.

To that end: push back against any rhetoric that amounts to “those people just need a job;” any message the demonizes the poor, rather than championing their interests. Ask hard questions about what KINDS of jobs we are talking about–what those jobs will pay and what benefits they will offer. Because a pretty huge (and growing) demographic of the poorest Americans are, in fact, working–in many cases, 2 and 3 jobs–but with the rising cost of living and stagnant wages, it’s still impossible to make ends meet. States that have experimented with trickle-down, Tea Party economics [Kansas, raises hand], will tell you that the overall effects on education, jobs and housing markets are devastating. The gap continues to grow, the rich get richer, and people of faith–Christians, specifically–continue to ask who is going to give us the most power, rather than who is going to empower the poor.

Word on the street is that the next debate will offer the candidates an opportunity to talk more about what they would do to address poverty. Listen carefully. Study up ahead of time. You can also explore what each candidate has done to address poverty, former to this campaign.

More importantly, get involved locally. Engage your local and state representatives; support candidates who speak intelligently and compassionately about the poor; and speak up when you hear leaders pontificate about “what values voters care about.” Most change happens at the community level, however ominous we may be feeling about the upcoming election. And changing the questions that we ask is the only way to change the conversation.

If you’re going to be a single-issue voter–this is your issue. And if you aren’t concerned about the poor, you can’t call your vote faith-based. 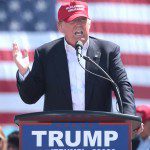 October 8, 2016
How Trump is Making Misogyny Great Again
Next Post 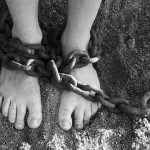 October 19, 2016 Dear America: You're In An Abusive Relationship
Recent Comments
0 | Leave a Comment
"When the United States began, most patriots considered their patriotism in relationship to their home ..."
Caliban Whose Flag Do You Carry?
"All peace and joy on your journey!"
Patrick Along For The Ride
"I'm sorry to hear about your daughter. It's heartbreaking to hear of a parent burying ..."
Cynthia 10 Ways to Care for Someone ..."
""I'm so very sorry/I'm so sorry for your loss," sincerely meant, is actually enough...no religious ..."
J.D. 10 Ways to Care for Someone ..."
Browse Our Archives
get the latest from
Progressive Christian
Sign up for our newsletter
POPULAR AT PATHEOS Progressive Christian
1