“My head is pounding and I feel sick; but I can’t go to bed because when I wake up tomorrow it will be 100 years ago.”

That’s what I said to my spouse (and Tweeted) at around midnight last night. That confounding arrangement of verb tenses aptly sums up where many of us are today. Utterly confounded. Disoriented. What year is it? Where do I live right now?

It is easy to despair… Because, Jesus, this is a dark place. I am not using the Lord’s name in vain, I am literally saying JESUS, you’re gonna have to come help us out here. It would be easy to step back, wash our hands of it, say “fine, let it all burn. They asked for it.” If we are willing to elect an overtly sexist, narcissistic bigot–just because he parroted back a particular brand of Christian rhetoric for 5 minutes– then it is finished. Democracy and decency and the gospel are all dead anyway, so we can just give up.

It is also easy to offer platitudes. In fact, I am drowning in platitudes today. My circles are rife with people–from both sides of the aisle–telling me that “God is in control,” “everything happens for a reason,” and “now is the time to unite and move forward together!” Again I say–Jesus. Is that path of comfort and conciliatory whatever so readily available to so many people?

It would also be easy to bail. “I’m moving to Canada!” we shout to no one in particular. Like Michael Scott shouting “I.DECLARE.BANKRUPTCY!!” First of all…well, as they told Michael, that’s not how this works. Also, if your first thought this morning was to skip the nearest border and escape all this ugliness, then all I have to say is– that’s your privilege talking. If you have the resources, the family support, the citizenship status and the vocational skills that it takes to just up and move to another dang country, then you need to check yourself before you file for that passport.

Despair is easy. Platitudes are easy. Just blowing this joint and leaving our neighbors to their fate–if you are a person of means–would be relatively easy.

But what’s easy is rarely what’s right. Especially in a moment of personal or national crisis. For many of us, today is both. So I will resist the urge to do what’s easy, and remember this: whatever anger, despair or fear I feel is nothing compared to that felt by many of my neighbors.

That’s a long damn list, and that isn’t half of it.

Whatever your politics, recognize that Hillary Clinton has demonstrated strength, grace, and a fierce commitment to democracy working for the least of these–even in the midst of a fear-mongering witch hunt that cost her the Presidency. And I’ve been proud to say I’m with her. So today I remind myself that as heartsick (and literally sick) as I am feeling, this is a far more difficult day for people of color, immigrant families, LGBT people, Muslims, and many other marginalized populations among us.

By “them,” I mean all the people who were hurt by this whole ugly season. All the people who endured name-calling, shaming, belittling and even physical violence at the hands of a newly-empowered alt-right voter base. All the women who were made to face the demons of past lived experience–not just because of one candidate’s actions, but because of the multitudes who defended the indefensible.

I’m with all of them. I’m also with the ones whose families might endure significant loss if certain campaign promises are kept; those whose marriages might no longer be recognized, and those who may be torn apart by deportation; those who will lose much-needed healthcare; children in underfunded schools, and children who lack food security. Being with them is what it has always meant to be with her.

We don’t need platitudes today. We do need lament–a moment to breathe into the deep sadness of what our country revealed to us last night, and get our bearings in this new reality. There will be a day for unity, for moving forward together–but today ain’t it. If you need to grieve, don’t let anybody rush you.

We don’t need comfort today–comfort, that deceitful animal, is what got us here–but we do need hope. How else do we keep breathing? So I’ve got two small points of hope: 1. A progressive leaning in the popular vote doesn’t change where we are right now, but it does say that more people rejected the narrative of fear of the other than embraced it. And 2. the Millennial vote; one glance at the trends among 18 to 25- year-old voters tells you where we’ll be a decade from now.

We don’t need easy outs today, but we do need some action. Some tangible ways to say “I’m with them” in the days ahead, transforming this story of ‘otherness’ the best ways we know how. And the best way to take action, right now, is to get involved in your own community. Live out the story you hope to see embodied at the national level. Support resettled refugees in your area; join community organizing groups that work for racial and economic justice; teach an ESL class or advocate for policies that keep immigrant families together; voice your support for LGBT rights; and then voice it some more, because the haters are strong with this one; find and support local businesses that are owned by minorities…

Or, you could always run for state or local office (which is what my friend Sarah just did–and won)! Get your ideas out there even if you don’t win. Build relationships. Raise the level of discourse. Learn the ropes of state and local legislation–which is, most often, where real change happens anyway. Find communities that are doing life-giving things, and bring those stories to your people. Let those stories be your stories.

And maybe next time, we’ll be telling a different story. In the meantime, #ImWithThem 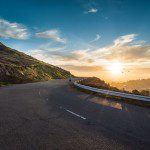 November 7, 2016
10 Things That Will Still Be True After Election Day
Next Post 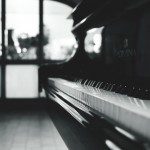 November 13, 2016 A Broken Hallelujah: How SNL Helped Us Grieve
Recent Comments
0 | Leave a Comment
"When the United States began, most patriots considered their patriotism in relationship to their home ..."
Caliban Whose Flag Do You Carry?
"All peace and joy on your journey!"
Patrick Along For The Ride
"I'm sorry to hear about your daughter. It's heartbreaking to hear of a parent burying ..."
Cynthia 10 Ways to Care for Someone ..."
""I'm so very sorry/I'm so sorry for your loss," sincerely meant, is actually enough...no religious ..."
J.D. 10 Ways to Care for Someone ..."
Browse Our Archives
Related posts from Irreverin