One of the school districts in the Kansas City area has banned teachers from wearing safety pins.

Two weeks ago, responses to that headline might have been… Are they worried kids will use them as weapons? Did someone poke their eye out? What if there’s a wardrobe malfunction? Is everything dangerous now??

But now we can add safety pins to the list of inanimate objects that have become loaded with social implications. Along with Starbucks holiday cups and Target bathrooms.

The safety pin started in the UK following the Brexit vote. When citizens saw their immigrant neighbors being harassed, they took to wearing these pins as a sign of solidarity. To many Americans, it seemed like a tangible expression of support that could be easily applied to our own context.  In the wake of election day, with many groups–specifically ethnic minorities and LGBT people–feeling threatened by the charged climate, the safety pin emerged as a symbol of safe space. Wearing it in public says that you do not tolerate hatred; that you are an ally of the other, that you are a friend to those who might otherwise be targeted by hate speech or violent intent.

So when the Shawnee Mission School district issued a statement barring its faculty and staff from wearing such a symbol on school grounds, reactions were predictably intense.

A special school board meeting will be held on Monday; administrators have issued official responses; and the ACLU of Kansas has already descended. Their defense of the pin-wearing practice is rooted in the free speech rights of the teachers. While that’s certainly a valid argument–and maybe the one that would best hold up in court–it is perhaps not the main issue at hand.

What’s far more concerning is the reactionary nature of the ban. In response to parent complaints that teachers were being “political,” the immediate response of the district was to ban the pins altogether. On the one hand, that response missed a big opportunity for dialogue; about the school’s anti-bullying policies, about the district’s commitment to equality, about any number of issues wrapped up in that little pin.

Even more alarming is the counter-message conveyed by this new rule. If teachers aren’t allowed to express their support for students who might feel distinctly unsafe in their own community, then that is not just a free speech issue–that is a human issue.

The inclusion and safety of everyone–especially when we are talking about kids in a public school–should be a given. Not a “divisive political issue.” The full humanness of all, and the right to go about one’s day without being harassed…these are not partisan matters. They are not up for debate.

That such expression of inclusion and diversity has become so closely aligned with a certain political position, says something pretty alarming about the opposing political position. Again, this doesn’t have to be a binary matter. It need not be an either/or thing… You should be able to stand for the safety and well-being of all, regardless of politics or ideology. A public school system, especially, should be able to speak for the safety and equality of all its students, regardless of the political affiliations of administrators.

But if you can’t… If you can no longer associate a philosophy of human dignity with both arms of our political system, then at least one end of that system has jumped the shark.

No one should have to stay quiet about that.

It is worth mentioning that minority groups are not just being paranoid when they say they feel unsafe in their communities. The Southern Poverty Law Center has reported more than 700 instances of racially-motivated harassment and violence, perpetrated since the election. And these are just the reported instances.

Meanwhile, as the President elect assembles his (mostly male, mostly white) cabinet, some of his first picks include: a known white supremacist as chief strategist; another as Attorney General; a national security adviser who once said that Islam is a “cancer that must be excised;” the Kansas Secretary of State, who has both nationalist and populist ties (and apparently does not know how to handle top secret documents for a photo opp); and an assemblage of other characters whose commitment to equality is, shall we say, questionable.

We are dealing with a public figure that goes Twitter-ballistic on comedians, reporters and artists who challenge him, while issuing the mildest dismissal of a neo-Nazi group that held a convention to celebrate his victory.

I know that not all supporters of this regime–let’s just call it what it is–are comfortable with the language of hate. I recognize that we are complicated people and these are complicated times… that you can support certain “policies” without entirely supporting his politics. If this is true–as I’m told it is, and as I try to believe the level best in people–then teachers should be able to wear a safety pin without being accused of high treason. If we are all equally disturbed by the racist tone of recent rhetoric, then the damn pin is not a partisan statement. It is a human one.

It is such a small thing… So small that, in the face of so much hatred, it may not do much. Some critics have said it is too safe a protest; allowing the privileged to feel they’re doing something pro-active, while never really getting out of their comfort zones. Maybe all that is true. But at the very least, it should be o.k. to wear that small statement without implicating a party line.

If a statement of tolerance and diversity is read, first and foremost, as a protest against the new President–well, what does that say about his platform?

What does it say about what’s coming?

Freedom means many choices. Not just yes/no, black/white, rich/poor, in/out… Freedom is complex, and it is rarely binary. But if, right now, my only two choices are pin or no pin, then I know which side I want to be on. 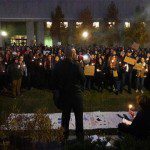 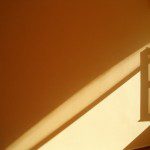