The Difference Between Celebrity and Authority: Meryl Streep Gets It, Trump Never Will

The Difference Between Celebrity and Authority: Meryl Streep Gets It, Trump Never Will January 9, 2017 Erin Wathen

Her Highness Meryl Streep preached a sermon at the Golden Globes last night.

As she accepted the Cecile B. deMille award, she did not use her moment at the microphone to selfishly reflect on her career, or to thank her mama. As one of the most decorated performers of all time, she has had plenty of other occasions to do that.

Instead, she took a moment to express her concern about the behavior and temperament of the incoming President; she called him out on his mocking of a disabled reporter and his misguided hatred of foreigners, among other thing. It was short. It was concise. But it was also direct and powerful.

And Trump, predictably, lost his mind. I’ll not get into the weeds with his response, but you know the drill by  now. Middle of the night Tweets, composed with the vocabulary of a 6-year-old. On drugs. The overarching purpose of which is to dismiss the challenger without ever addressing the content of the challenge. We’ve seen this before. And we’ll see it again.

What’s telling about this particular exchange is that Trump discounts Streep based on her celebrity status. As though fame somehow removes one’s authority to speak about matters of humanity. As though being a public figure somehow makes one ill-equipped to talk about politics.

Insert confused-face emoji here… Because what is Trump if not a celebrity?

And yet, again and again, he dismisses, degrades and diminishes the voices of all who challenge him. Start a list, if you haven’t already: Meryl Streep, the cast of Hamilton, the cast of SNL, the long (very long) list of musicians who have turned down a performance spot at his inauguration… Again and again, he paints these folks as “Hollywood liberals” who are out of touch with reality; people who can’t be trusted because fame has rendered them out of touch with real American people.

There is a big difference between celebrity and authority. The ultimate irony is that, these days, the celebrities in the entertainment world seem to get that far more often than the figureheads in public service. In this case especially, Meryl Streep nails that distinction in a few words. Whereas Donald J. Trump–as he is wont to call himself, in the 3rd person, like a toddler–never, ever will.

Can you see the difference? Of course you can. But we all know who can’t.

What should concern us most of all is that the incoming President will hear no challenge or measure of truth from anyone. Not the measured voices from within his own party, and definitely not from other side of aisle. Not from experienced and reasoned predecessors, and certainly not from the security officials tasked with informing him on matters of the most critical importance. Instead of hearing those voices, he builds an echo chamber of his own family and literal immediate beneficiaries… He surrounds himself with the few people who serve to gain as much as he does from any prospering of his considerable business interests, while engaging no one who has the interests of the country at heart.

He dismissed Meryl Streep as a “celebrity,” painted her as an “overrated” “flunky.” Meanwhile, he embodies the worst cliche of celebrity narcissism. Just today he announced the appointment of his son-in-law as a Senior White House adviser.  An ever-tightening circle that serves no one but the man in the center.

In the midst of growing concern about conflicts of interest, Russian interference in the election, and his dangerous lack of knowledge about even the most basic duties of office, unlikely prophets from the entertainment world use their considerable voices to challenge him. From Streep to Jon Stewart to Bono and the cast of Hamilton, they are not speaking for their own gain or to build their public profile–they speak on behalf of the poor and the marginalized. They use their wealth and public platform for the good of vulnerable populations.

Pardon me for believing that our elected officials should hear their words as the call of God, and not a threat to the Empire.

In fact, who better to speak a word of prophetic truth for such a time as this? It has always been the artists and musicians, the poets and the storytellers. Theirs are always the voices to call out our best selves; urging us to look past the toxic constructs of those who cling only to their own power. When they challenge an evil that goes largely unquestioned and unchallenged, that is not fame talking– it is the voice of our shared and wisdom and humanity.

Trump looks at Meryl Streep and sees a camera hound, using 15-minutes-of fame to get a few more minutes for herself. What I see is a a well-established public figure, using her voice and privilege for GOOD AND NOT FOR EVIL.

Perhaps our newly-elected demagogue could take a lesson.

There is a big difference between celebrity and true leadership. So too is there a gaping distinction between a leader who can take criticism, and one who dissolves into a puddle of adolescent rambling every time he is questioned.

Clearly, our incoming Bully in Chief is more comfortable in the realm of picking fights with movie stars than he is in addressing a foreign adversary’s involvement with our democratic process. Maybe that’s because he identifies so much more as a “celebrity” than he does as a world leader. As it turns out though, even fighting movie stars might be more than he bargained for. Because there’s something that actors–and artists and musicians and storytellers–understand that Trump never will. It is the difference between fact and fiction. And as Streep said last night: “This isn’t a movie. This is real life.”

That’s the difference between celebrity and authority: celebrity constantly crafts its own self-serving narrative, while authority lives in real time. This moment in our shared story is real life. It would be swell if our new President could perform accordingly. 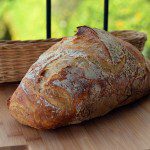 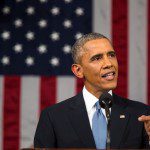