Violence Is Not a Progressive Value: Kathy Griffin Is Not Our Problem

Violence Is Not a Progressive Value: Kathy Griffin Is Not Our Problem June 1, 2017 Erin Wathen

Can we talk about Kathy Griffin for a sec?

I mean, I don’t want to. I’m over her. But it seems that’s what everyone feels like we MUST be talking about, so here goes.

But I keep hearing conservative outrage that “LIBERALS NEED TO BE DENOUNCING THIS!” and “DEMOCRATS NEED TO BE APOLOGIZING FOR THIS!” Like it is on all who identify with progressive values to articulate a meaningful response to this right now. But…why? She does not represent me, or my beliefs in any way. She is in no capacity to be an official spokesperson for my political affiliation, or my religious and spiritual practices. She has no authority, in any real sense… If she did, then the people that chose her as their representative would need to denounce the behavior. The people who look to her for leadership would need to say “hey, this is not ok!” and hold her accountable. 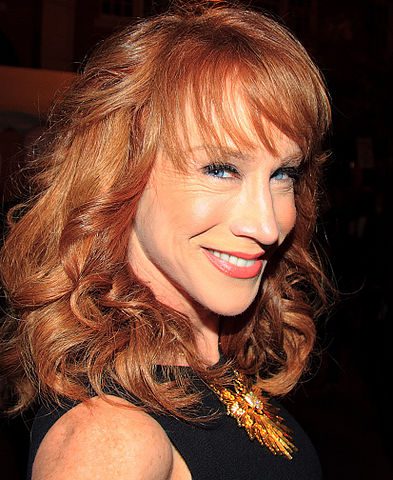 If my kids behave badly, I apologize for them because I am, in part, responsible for their behavior. When Donald Trump goes to Germany and makes an ass of himself then we have to apologize to the rest of the free world for him, because we CHOSE him to be our representative (Lord forgive us). When Christian public figures, who are broadly considered faith-based spokespeople, say hateful things about gay people (or women, or Muslims, or… you know, anybody who’s not them) then yes, other Christians apologize and denounce the hate speech. Because we want to be clear that the people who are in some way affiliated with us do not mirror our precise beliefs.

Kathy Griffin has no representative or authoritative power in these ways. Just because she voices anti-Trump sentiment does not mean she shares progressive values. So why should progressives be the ones to apologize for her?

Here’s how you know she’s not a true progressive–because violence is not a progressive value. End of story. People who are true liberals are anti-violence. People who are progressives Christians seek the way of peace, because that is the way of Jesus. We’re for fewer guns and less bloodshed in general; we’re for creative, diplomatic problem solving. We don’t want Trump brutally murdered, we want him jailed for treason. Or at least stripped of all power so that he can do no more harm. We want him out of the Oval Office, and out of our faces, for sure. But part of being progressive is agreeing upon some basic rules of humanity.

One of those rules is: if you stoop to that kind of violence, you are no better than he is/they are.

Ultimately, Kathy Griffin is a self-proclaimed D-list celebrity who staged a very effective publicity stunt. Clearly, we’ve heard her name and seen her image more in the past 48 hours than in the last decade combined. I’d call that some pretty powerful PR, for better or worse. My best response to those kinds of antics is no response. Not my circus, not my monkeys, etc.

We recall that some very specific kinds of violence–the noose, the effigy, the burning cross– were frequently employed against images of our last President.  And, as we also recall, most conservatives did not feel broadly responsible for the use of those images. They didn’t feel such incendiary hatefulness spoke for them, or for their values. And for the most part, they were right.

Expecting all liberals to get up in arms and stage a public outcry about this is misplaced outrage, at best. At worst, it is a testament to the many blind spots we cherish when it comes violence in our culture at large. Violence against black people, against women, against Muslims (or anyone who looks vaguely Muslim), violence on the television that we let our kids watch without a thought… These are systemic, pandemic issues that plague us all, and as a person of faith and good conscience, I’m going to direct my moral outrage at things that run a little deeper than the antics a two-bit comic. 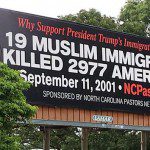 May 31, 2017
Christian Privilege Is a Real Thing: and a Dangerous Thing
Next Post 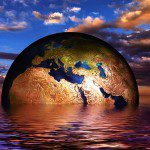 June 2, 2017 How to Write That Apology Letter to Your Grandchildren
Recent Comments
0 | Leave a Comment
"they know the rainbow mafia is hotter *smokes bisexual cigar*"
Brandon Roberts The Church and Trending Homophobia: What ..."
"Our church held successful Sunday Services by Zoom. The only problem was a time lag ..."
RossM Five Ways To Be The Church ..."
"Saying there is a purpose implies there is a Purposer."
RossM Five Ways To Be The Church ..."
"You make me aware that I have been in such spaces for quite a while ..."
olbab Church Deserts: And the Unique Opportunity ..."
Browse Our Archives
get the latest from
Irreverin
Sign up for our newsletter
POPULAR AT PATHEOS Progressive Christian
1