It Was Never About the Cake: A ‘Narrow’ Ruling, and a Love Note for PRIDE Month

And yet, here we are. Still talking about cake.

The headlines mostly read like this: “In Narrow Decision, Supreme Court Decides In Favor Of Baker Over Same-Sex Couple.” Variations, as you will. In the ongoing saga of the Very Christian Bakers vs. The Devil (otherwise known as two regular gay dudes who wanted a regular wedding cake), the SCOTUS ruled today in favor of the bakery. More specifically, the business owners’ rights to refuse service to LGBT clients based on their religious beliefs.

In reality though, the Courts didn’t exactly land “in favor” of the bakery. The ruling was very narrowly focused on the details of this particular case—the letter of the law vs. the spirit of the law, if you will. And their ruling had less to do with the rights of the bakery, OR of the gay couple—and ultimately had everything to do with how the Colorado Human Rights Commission handled the case.

You can read more about the nuances of the decision. The bottom line is that, while this case has become symbolic in the fight for LGBT equality, the Supreme Court did not treat it symbolically. Maybe that’s good news, because our legal system is not designed to operate at symbolic levels.

But that doesn’t change the symbolic nature of the “victory,” and the perception that these Christian cake people just “won” a major victory for the religious freedom/persecuted-for-Jesus crowd. By extension, the ruling strikes a symbolic blow to the cause of LGBT equality. That blow falls extra heavy right about now, considering that it comes at the beginning of June—the month designated as PRIDE month, for the celebration of all things diverse and the waving of all things rainbow. Whatever the nuances of this particular case, the “narrow decision” headline pretty well captures it. Narrow in its scope; narrow in implications for progress; and in regards to the narrow-minded sector of the population that will use this ruling as defense for indefensible bigotry. 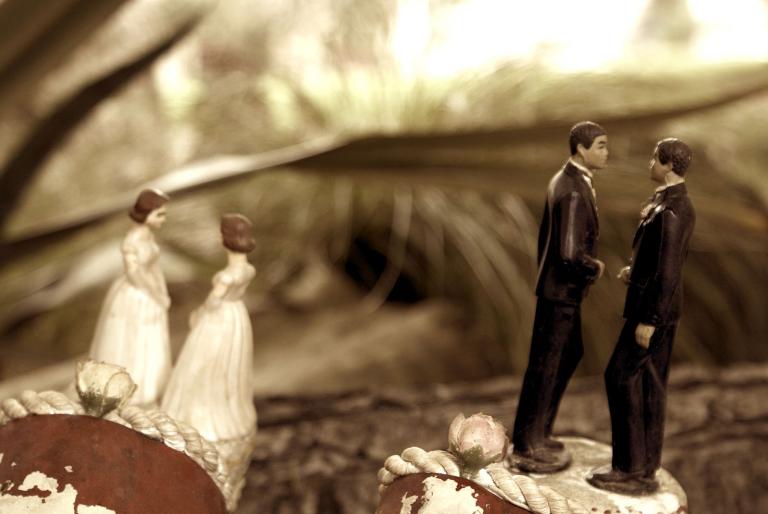 In that spirit, a note to our LGBTQ brothers and sisters out there: On behalf of forward-thinking Christians everywhere, I’m really sorry. I’m sorry that we are still even talking about this, still fighting amongst ourselves while you’re out there just fighting for your right to be you. I’m sorry that there are still people out there who will jump through the rigorous and tedious hoops of the legal system just to defend their right to deny yours. That’s seriously some bullshit. I’m sorry that you had to fight for the courthouse wedding, and now you still have to fight for the church wedding and even for the cake for your wedding.

I hope you will forgive us some day for the ridiculousness of all this. Sadly, the Church’s privilege as the perceived voice of dominant culture has rendered it a spirit of judgement and entitlement, rather than one of compassion and radical hospitality. Instead of hearing a call to welcome as we’ve been welcomed, and love as we’ve been loved, some of our people still feel that their own freedom is somehow threatened by yours. I’ll never understand it, but I’m sorry that we are still squabbling over a few lines of ancient text, instead of properly showing up for you, our neighbors, like Jesus mentioned on more than a couple of occasions.

Later this month, I’ll be performing a same-sex wedding. With no fanfare, no gay unicorns or rainbow flags or press coverage. Just an actual two-people-who-love-each-other-making-it-official kind of wedding, that happens to feature two brides. It’s not my first gay wedding, and it won’t be my last.

All over this great country, my friends and colleagues in ministry are doing the same. They are waiting to welcome you in churches in Kansas, Kentucky and Arizona; in Missouri and California, and New York; in Indiana, and Oregon, and in just about any region in which you happen to live. Those same colleagues are, furthermore, showing up for PRIDE parades and festivals, bringing the love of Christ to the fight for your rights. Find them. Say hi. They will not only sign your marriage license, they will welcome you to the communion table. That bread of life may not be quite the cake of salvation, but it’ll do in a pinch. 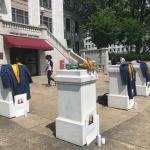 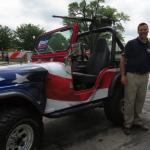 June 5, 2018 Hiding Behind Big Guns: The New Campaign Strategy
Recent Comments
0 | Leave a Comment
"Thank you for this post! I watched and wept. Just beautiful!"
Mondomanda Preaching Out Loud: Why Everyone’s Talking ..."
"And yet, we are continually told that cops are mass-murdering black people, that it's open-season ..."
Kenneth James Abbott Let It Burn
"Yep. Although they aren't merely "attributed" to Paul. The authors of Ephesians, both Timothy and ..."
Lark62 Truth and Transformation: Can The Church ..."
"Jesus didn't write anything...by your own logic we have no idea what Jesus did or ..."
Harold Porter Truth and Transformation: Can The Church ..."
Browse Our Archives
Follow Us!