My friend Phil Snider compiled a sermon collection that speaks to our current political climate. I was happy to contribute a sermon for the cause; I’m also happy to share this guest post from Phil about why he thought such a book was needed, right about now. Read on.

In the midst of the nationalism, nihilism and alt-right fear-mongering that has accompanied the Trump presidency, many pastors find themselves drawn toward acts of resistance—sometimes even from the pulpit. They are feeling this call in ways they perhaps hadn’t before, at least not with the sense of urgency they now feel. It’s easy for pastors to feel overwhelmed by the sheer magnitude of the task.

They may be shocked that a significant number of Americans continue to lend their support to a movement fueled by white supremacy, exploitation, patriarchy and greed. They desire to contribute their own voice to a world more reflective of the love, compassion and justice at the heart of the Christian narrative; not perpetuate the arrogance, violence and authoritarianism long associated with the Pharaohs, Caesars and tyrants of this world. Crafting sermons that invite listeners to faithfully imagine, embody and experience the transformation of the gospel is among the most difficult of all vocational tasks.

While pastors of the resistance recognize there is always work to be done beyond the pulpit, they also know their call to preach—lived out within their respective congregational contexts—carries the potential to shape life-changing discourse. Preaching as Resistance was created for two main purposes: First, to help everyday pastors with a passion for justice reflect on how their preaching might meaningfully engage their congregations in times such as these. And second, to provide a Christian witness, reminding at large that it’s erroneous to think that all religious leaders and people of faith do the bidding of the Religious Right.

The preachers whose sermons are featured in this book do not hide behind the safe confines of the pastor’s study, nor the ivory tower of the academy. They may be preachers and teachers, but they’re also activists and organizers. Their vocational witness reminds us that choosing between the office of pastor and the role of prophet has always been a false dichotomy; and one that perpetuates problematic power structures. Their passion for justice is palpable. In a certain sense, each of these sermons was forged on the streets, amidst the people, with hopes and sighs and tears too deep for words. To be sure, preaching as resistance is not based on some sort of Pollyanna sentimentalism. Rather, faithful preaching acknowledges the realities of the world we inhabit. At the same time, it invites listeners hungry for justice and truth to experience another reality altogether: the call of the kin-dom of God, and the claim that such a call makes on our lives and world.

This call does not come with the same bombastic flair we have come to associate with the demagogues of this world. Instead, it comes through the unconditional appeal and solicitation of the gospel of Christ. This call is not rooted in dominance, subjugation and brute power; but in Christ’s saving work of justice, solidarity and love. It breaks into space and time, causing that which exists (the principalities and powers) to tremble under the weight of that which should be (the kin-dom of God). And as we experience it, we hunger for it all the more. This approach to preaching enables resistance against death-dealing power structures, making room for the transforming realm of God. It opens the conventional horizon of our expectations and leads us into different ways of being, both individually and communally.

The point of collecting these sermons isn’t for them to be replicated word for word in another setting (good preaching is too contextual for that), but to provide a sense of how various pastors draw on the rhetorical power of Christian proclamation in order to cultivate sites of communal resistance, right where they are. These sermons highlight the shape and scope of preaching that not only resists and challenges problematic structures of authoritarianism and oppression, but also invites listeners to experience the transformation, possibility and hope stirring in the gospel of Christ. They demonstrate how preaching as resistance can be incorporated into a wide variety of social contexts and preaching styles.

I included several sermons delivered in the Bible Belt in order to demonstrate that preaching as resistance isn’t relegated to big steeples, big cities or blue states. Rather, it’s taking place everywhere, including small towns across the heartland, where it’s not uncommon for parishioners to pass Confederate battle flags waving high in the air on their way to worship. Our world needs to be saved, and pastors are called to witness to God’s saving work in Christ. Not just in blue states, but in red and purple ones, too. 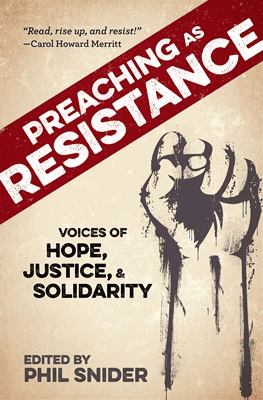 I initially planned to publish sermons that were given voice immediately after Trump took office. But it became more and more clear that the dynamics surrounding his ascendancy reached much deeper than his campaign alone, and would continue to play out throughout his presidency and beyond. Sermons in this book, therefore, touch on numerous subjects that may be associated with the Trump brand but are not confined to it. These topics include, but are not limited to: the assault on epistemology and truth (fake news, alternative facts); racism (the alt-right, Colin Kaepernick, Black Lives Matter); classism (health care, labor and tax policies, free market fundamentalism); nativism (the wall and the ban on immigrants); militarism (building the nuclear arsenal, the worship of military-grade weaponry among the populace and the NRA); nationalism and dominionism (America as a Christian nation, the supposedly Christian subjugation and degradation of the environment); sexism and the #MeToo moment (evangelical justification for Bill O’Reilly and Roy Moore, not to mention the infamous Access Hollywood tape); homophobia and transphobia (discrimination in the name of “freedom of religion,” changes in military treatment of LGBTQ+ persons); and more.

Although Trump represents the straight-white-cis-patriarchal power structures (which no small number of Americans desire to maintain), it’s important to point out that he’s not the cause of this desire, but the mere symbol of it. As Trevor Noah summarized, “Donald Trump didn’t make America racist; racism made Donald Trump.” Indeed, the rise of the alt-right is nothing new; it’s just the explicit expression of the racism and misogyny that has been the underbelly of the Religious Right for decades.

The legal issues surrounding President Trump may keep him from filling out his term, but make no mistake about it: the dynamics that gave rise to his presidency will remain. Which means preachers of the gospel will continue to have the responsibility to challenge all principalities and powers that are in the business of taking life rather than saving it. For now, and a long time to come.

To be sure, the call to preach isn’t for the faint of heart, in this time or any other. The prophets and sages from years past remind us that speaking truth to power isn’t about accolades or rewards—it’s about being faithful to the gospel, even and especially when it is risky, vulnerable business. We don’t preach because we’re guaranteed a certain outcome; we preach out of faithfulness to the claim the kin-dom of God makes on our lives. And as we do this within community, we hope to find the courage and strength to go on, trusting that Christ’s love is stronger than any force that tries to contain it. Indeed, when demagogues are on the throne (or in the White House), the humility of Christ may be the only thing strong enough to save us.

Preaching as Resistance offers a collective voice of hope, peace, justice and sacred struggle: for such a time as this.

Phil Snider is a pastor at Brentwood Christian Church in Springfield, MO, where he also teaches in the religious studies department at Missouri State University. His books include Preaching as Resistance, Justice Calls, and Preaching After God. He’s perhaps best known for a speech he gave on equal rights for LGBTQ individuals, which unexpectedly went viral (thanks mostly to Ellen DeGeneres, who tweeted about it). While Phil is sad to report that his 15 minutes of fame are now over—and that he didn’t have a book to promote when they weren’t—he is glad that friends like Erin still invite him to contribute to their blogs.

We want to know what you think about the upcoming midterm elections. Vote in our poll below. 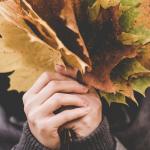 October 2, 2018
Ode To October: Losing Your Life to Find It
Next Post 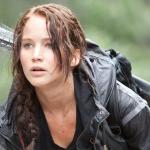 October 9, 2018 The Odds are Ever In Our Favor: The Gospel of The Hunger Games
Recent Comments
0 | Leave a Comment
"When the United States began, most patriots considered their patriotism in relationship to their home ..."
Caliban Whose Flag Do You Carry?
"All peace and joy on your journey!"
Patrick Along For The Ride
"I'm sorry to hear about your daughter. It's heartbreaking to hear of a parent burying ..."
Cynthia 10 Ways to Care for Someone ..."
""I'm so very sorry/I'm so sorry for your loss," sincerely meant, is actually enough...no religious ..."
J.D. 10 Ways to Care for Someone ..."
Browse Our Archives
get the latest from
Progressive Christian
Sign up for our newsletter
POPULAR AT PATHEOS Progressive Christian
1

May the circles be unbroken
slacktivist
Related posts from Irreverin