‘We Just Want the Guns Back’: New Zealand’s Brave Response to Terror, and What the U.S. Can Learn

‘We Just Want the Guns Back’: New Zealand’s Brave Response to Terror, and What the U.S. Can Learn March 21, 2019 Erin Wathen

In the wake of a horrific act of gun violence that took the lives of 50 people—including children—New Zealand did this crazy thing. They banned the types of assault rifles that can destroy hundreds of lives in a matter of seconds. Knowing that the solution is imperfect, they took a step towards preventing this sort of carnage in the future. Also recognizing that racially motivated violence is on the rise, they made a move that will hopefully keep weapons of mass destruction out of the hands of those who might want to harm large groups of people. Particularly, large groups of people who might be gathered all in one place together, and therefore easily targeted.

So yes, they did this crazy thing. Banning assault rifles and establishing a buy-back program for existing weapons. I mean, who does that!??

Perhaps a nation not accustomed to the daily routine of bloodshed wrought by guns. In New Zealand, such an incident was shocking, tragic and unacceptable. Swift and practical action came naturally. Here on the other side of the globe, gun violence is a part of life we’ve just come to accept. The price one pays for freedom, and possibly the lyrics to a (bad, pop-crossover) country song. We’ve become so desensitized to the escalating body count, the whole “logical, reasonable, responsible” approach eludes us.

This “crazy” thing New Zealand lawmakers did—and by “crazy,” I mean logical, reasonable, responsible and smart—should set the tone for all of us. But I know that’s a pipe dream for the land of the free. I know that when our lawmakers propose such measures, it is just more screaming into the void, driving a further wedge between left and right. Why is such a simple solution so hard for us? What have they got that we don’t? 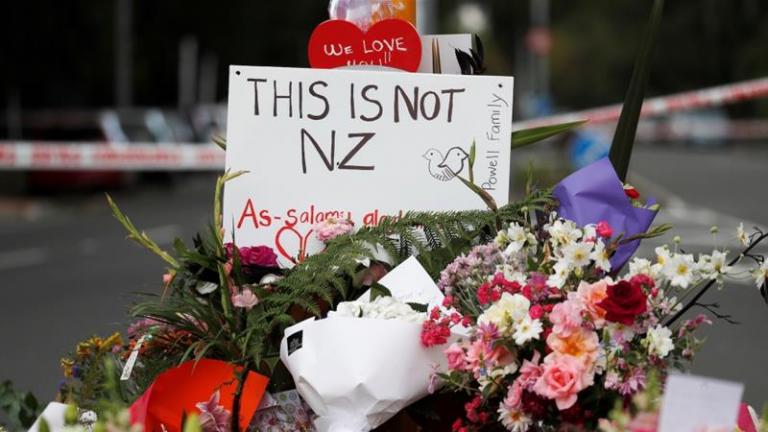 Well, for one thing, they’ve got women in leadership. Prime Minister Arden is a woman. Women make up 38 percent of parliament. In America, Congress is only 19 percent female; the U.S. Senate and the Supreme Court are each about 25 percent female. Not for nothing, gender balance in leadership changes culture; it shifts the conversation, and the approach to the conversation. (Sidebar: I wrote a book about that.)

Beyond the gender equality factor, the other big difference between our country and theirs does not come down to something we lack. It’s more about what we’ve got that they don’t: and that is, a big ol’ machine of a gun lobby that has more money than God.

Said gun lobby—the manufacturers, the sellers, and those who profit from the industry at large—have effectively bought and paid for the soul of this country. They’ve spent years and countless billions romanticizing the mighty gun, imbedding it in our collective soul as a folk hero, perhaps even a savior. Again and again, they’ve intentionally stymied the possibility of constructive conversation towards preventing gun violence. They benefit far more from alarmist and incendiary rhetoric, and so that’s what our government produces, every time. Common-sense measures like firming up background checks and requiring some kind of licensing are immediately shot down–pun intended—as unpatriotic. Hysterical, even. And any talk of a “ban” of any kind sends the far right fringe into a frenzy.

Maybe the most troubling fall-out of this culture creature we’ve created—that we’ve allowed to take shape around us—is that America has the highest rate of gun deaths in the whole damn world, and we do not even care. Nearly 40,000 U.S. citizens were killed by guns in 2018. And yet we refuse to believe it has anything to do with the guns themselves. Defending them as though these cold pieces of metal somehow care for and protect us. Furthermore, we insist on calling it “crime” and not naming it what it is—widespread terrorism. Or else we throw up our hands and say nothing can be done; it’s just the symptom of a disease we’ve long accepted as chronic and learned to live with.

Let New Zealand and its fearless leaders model for us that we do not have to live with this illness. At least, not untreated. We can elect officials with the soul and the spine to stand up to the NRA machine. Perhaps a few more of them should be women. We can take small, common sense steps towards reducing the number of assault rifles in circulation; we can, if nothing else, muster the courage to admit that our normal is not normal; and maybe we can learn something from countries that are still shocked enough to react when someone guns down its children. 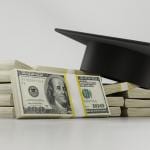 March 14, 2019
The College Admissions Scandal and The Real Crime That Is Tuition
Next Post 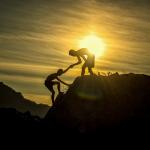