Tiger Woods’ Comeback And The Complications Of Public Redemption

I remember how angry folk were at Tiger when it all went down that Thanksgiving. The serial infidelities, the gross betrayal of his family, leaking out over weeks like a slow-motion horror film of male privilege.

Watching him hug his son after Sunday’s victory (and of course I watched), I wondered how complicated the boy’s emotions were. I’ve grown accustomed to public outrage precluding the hope of redemption. It seems that mercy is unavailable for famous folk acting bad these days– at least if you read Twitter. In Harvey Weinstein’s case, that judgment is understandable; the dude is a prick who harassed and raped women. Aunt Becky? I get it. It’s a reminder that rich people get special treatment. T’was always thus, and shouldn’t be.

Tiger Woods’ story is more nuanced, though. For years, I heard his voice whispered with trepidation, with implications of “Dare I admit I want him to win again, after what he did?” Then somehow, the narrative flipped. Now the public is unabashedly beaming, “The best is back on top, Baby! Boo yeah!” But I don’t recall there being an honest public reckoning, a discussion of “He did this, but he’s sorry, so he paid penance in this way. Now we can like him again.” Maybe I missed it. If not, I wonder if folk figure: a) it wasn’t really THAT bad, cause it was serial infidelity, not abuse; or b) it’s been long enough that we can all just pretend we didn’t judge him terribly back in the day, and hasn’t he suffered long enough, and isn’t it nice to cheer for the best and feel proud of watching a historically great man (repeat: man) win again? 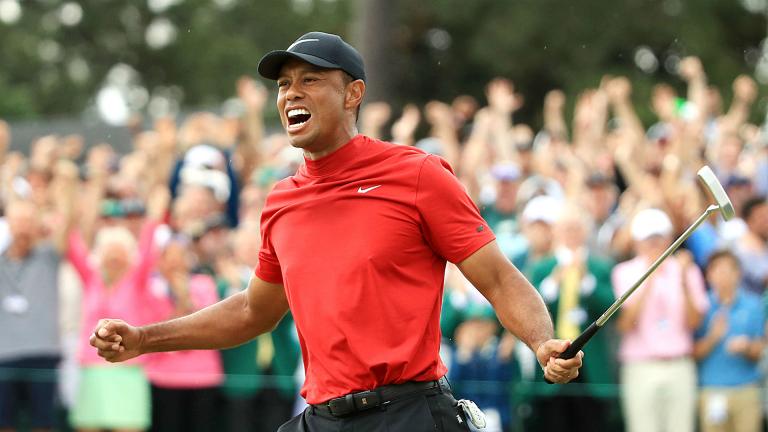 I haven’t read what his ex-wife/children’s mother thinks about his newest championship. If she’s genuinely happy for him, I’ll feel better about cheering him on. Because I did cheer him on, and feel conflicted about that. If she isn’t happy… Well, it hasn’t been just his story since that early morning, right? However amazing his athletic achievement, redemption has a cost. That cost shouldn’t be conveniently forgotten just because a dude’s impressive at his job. After all, I imagine his family doesn’t forget that their happy ending was thrown away in favor of his…what? Ego? Sex addiction? Unresolved childhood issues? Lust for power?

I read a long expose’ several years back about the dark places in which Woods has found himself traveling in recent years, grappling with his father’s loss, his tumultuous expressions of masculinity. Clearly, he’s faced some demons, and kudos for not avoiding that. Still, I’m a foster-to-adoptive dad, and as such, I recognize that family bonds are deeply complicated. I’m keenly aware I’ll always represent a “second best” outcome for my child, whose dream always was to be with bio mom. As it should be. We who live amidst broken families accept our lives aren’t lived in Hallmark cards. Thankfully, grace needs cracks to shine through.

And maybe that’s where I’d rather hear Tiger’s story go. Less willfully blind “Greatest Comeback in Sports History” talk, as if his story is merely athletic; as if that golf club to his car in the wee hours wasn’t a practice swing, but a statement of matrimonial rage. Less of the “Most Touching Father-Son Embrace Sports Has Witnessed” melodrama, as if that boy doesn’t still wonder at times why Dad tossed away Momma. I’d rather instead we earnestly grapple with the outcomes of public shame, penance, reconciliation.

The latter seems a proper discussion as Lent nears its end. In Christ’s resurrection stories, he’s always somehow different. The same, but changed. His closest pals don’t recognize him immediately! When families break apart, then come back together, they never rebuild what was. They construct a new tomorrow. One that’s related, sure, but different. Maybe diminished. Maybe less optimal than it could’ve been. But that’s the cost of sin, the price of redemption. And what’s amazing about grace is that our choices are never either/or. It’s never merely “Do everything right or we’ll never accept you again.” Through grace, we can build better futures: those futures are likely less than they would’ve been if we’d remained at our best. But they’re also better than we fear they’ll be when we’re at our worst.

Maybe I simply want to hear Tiger respond to the question of, “How does it feel to win again,” with something like, “Great. I just wish it hadn’t been so long. I’m still sad I let it go so wrong. And I’m glad my kids’ mother helped them get through.” Maybe he’s already done so and I missed the story in the midst of all the sentimentalism. Or maybe that story is not for the public to own anyway. Either way, it’s not about whether or not he deserves grace, or who gets to decide whether he’s earned it. It’s about a significant truth we each must reconcile for ourselves, eventually: that reconciliation is available to all of us, even in our most broken places. But it doesn’t come easily. 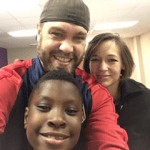 Rev. Shane Isner is the Senior Minister of First Christian Church (Disciples of Christ) in Montgomery, AL, admiring husband of Rev. Tabitha Isner (yes, the one who ran for Congress), and proud father and soccer coach of ten-year-old Tymari. 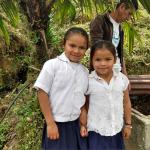 April 3, 2019
The Solution To The Migration Crisis Is Stronger Communities, Not Higher Walls
Next Post 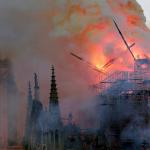