Daenerys Is Us: Good And Evil In Game of Thrones

Warning… big fat spoilers. If you are waiting to watch the finale, stop here.

Anyway. A few years ago, when my husband started watching Game of Thrones, he was all “you have to watch this amazing new show with me!” And then shortly thereafter he was like “nevermind. It’s super violent, you won’t like it.” As much as I love proving my spouse wrong on occasion (who doesn’t??) this was not one of those times. I took his word for it, and I never got into the show. So for a post-mort on the day after the series finale, I had to drum up a guest post for you. And my friend Sara wrote a great one. Read on for her thoughts on the show’s themes of good, evil, and the futility of war.

“When [Daenerys] murdered the slavers of Astapor, I’m sure no one but the slavers complained.

After all, they were evil men.

When she crucified hundreds of Meereenese nobles, who could argue?

They were evil men.

The Dothraki khals she burned alive?

They would have done worse to her.

Everywhere she goes, evil men die and we cheer her for it.

And she grows more powerful… and more sure that she is good and right.”

We saw it coming. And if we didn’t, it’s our own dang fault.

That’s essentially what the imprisoned Tyrion Lannister tells the conflicted Jon Snow/ Aegon Targaryen. They had followed Queen Daenerys, bent the knee to her, advised her, and tried in vain to temper her “burn them all” inclinations.

Many fans have criticized the show, saying that Daenerys’ shift from good to evil happened too quickly, without warning and without cause. But Tyrion here points us to the reality that evil lurked in her all along, and that her ascent to power and descent to violence didn’t happen in a vacuum. In fact, those closest to her willingly ignored the warning signs because they wanted to believe she was good; they wanted to believe the sacrifice would be worth it. They told themselves lies because, well, Dany was good and wanted a good world!

I was #teamdany for several seasons. Even when we could see in her eyes the glimmer of lust for power when her following grew larger and stronger, I was right there with her. She had emerged from fire and ash unscathed, and I, too, believed she could truly make the world a better place. I saw myself in her ability to overcome adversity, and I wanted to believe her goodness would keep her grounded.

But that slowly changed. The more power she gained, the more she seemed to forget that freedom-for-all was why she sought power in the first place. Then, once she saw herself as unquestionably good, she decided to embark on a campaign to “free” the world… by which she meant, of course, burn cities alive instead of even giving them the opportunity for allegiance.

I hear in Tyrion’s words the echos of Martin Niemoller, a German Lutheran pastor under Adolf Hitler’s regime:

First they came for the socialists, and I did not speak out—because I was not a socialist.

Then they came for the Jews, and I did not speak out—because I was not a Jew.

I wonder if some of what has been so unsettling for fans about Daenerys breaking bad is that deep down, we all see it in ourselves… but we want to believe that we are good.

In the name of “freedom” and “a good world,” we also turn a blind eye to the evils of our country and ourselves. We name our wars “just” without asking who defines “justice,” and people die in the streets. Except–unlike real-world war– the fantasy world of this show showed us the faces of the innocent people running in the streets of King’s Landing. We saw our own beloved Arya running with them. And we could not name Daenerys’ massacre as “just” any longer. 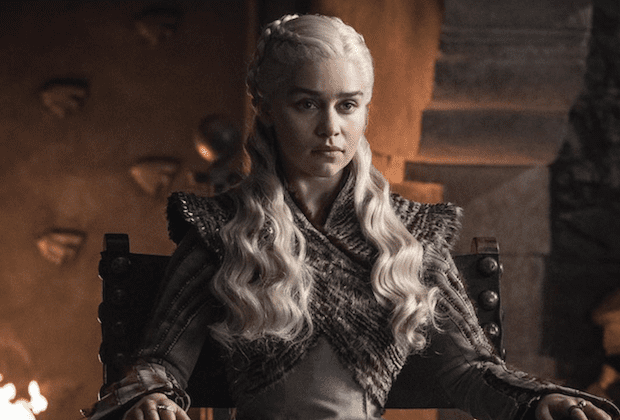 Let’s be honest. The potential for evil does not just exist at a purely a global level. The reason I’m a Christian is because I know, in the depths of my soul, that I could be Daenerys. I know that when people turn on me or cross me, the metaphorical dragon fire that lives in my belly starts to rumble, tempered only by my commitment to strive to embody the love of God. I’ve learned to focus that fire where it really is deserved, in the face of injustice. But we all have those warning signs we need to pay attention to, no matter how much we want to pretend they aren’t there. No matter how much we want to believe that we are good.

After giving Daenerys yet another chance at redemption, Jon finally heeded the words of Tyrion and was exiled for it. The foreshadowing, the prophecies, the war — it all seemed to be for nothing. And yet, I contend that Jon was, indeed, the Prince that was Promised: charged by both love and duty, he saved all of humanity, and in doing so sacrificed the throne, both existentially and literally.

The show runners told us at the very beginning that the end would be futile: They named the show the Game of Thrones, after all. As Cersei told Eddard Stark, “When you play the game of thrones, you win or you die. There is no middle ground.” Everyone who was actively seeking to win the throne died. All of them. The last two episodes showed the futility of war and power through the deaths of those we wanted to brutally die and those we wanted to survive alike: Lyanna, Jorah, Jamie, Cersei, Varys, Missandei, Sandor — they all died as they lived, in their own ways. Even the throne itself met its end, a visual reminder that power is fleeting, and bloodshed is often for naught.

The Game of Thrones ended up being a farce, and the viewers were unwitting participants in it the whole time, alongside the nameless, faceless soldiers and civilians who were never given the chance to define justice and goodness for themselves; and who, by Daenerys’ own admission, never would have with her on the throne.

And I can think of no more beautiful ending for a fantasy show. Because when the insatiable quest for the throne is gone, the real work of justice can begin. 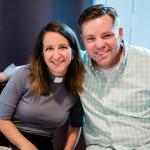 Sara Nave Fisher is an ordained minister in the Christian Church (Disciples of Christ), currently serving as the Senior Minister of Rolling Oaks Christian Church in San Antonio, Texas. Sara is a full-on church nerd who is especially passionate about gender equality both in and out of the church. She is raising three confident, brilliant kids with her husband Jonathan, who is an Army chaplain. You can find more of her writing at saranavefisher.com. 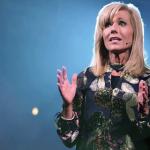 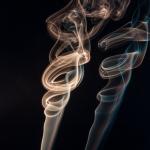 May 31, 2019 Expecto Patronum: Magic Words Won't End Gun Violence
Recent Comments
0 | Leave a Comment
"When the United States began, most patriots considered their patriotism in relationship to their home ..."
Caliban Whose Flag Do You Carry?
"All peace and joy on your journey!"
Patrick Along For The Ride
"I'm sorry to hear about your daughter. It's heartbreaking to hear of a parent burying ..."
Cynthia 10 Ways to Care for Someone ..."
""I'm so very sorry/I'm so sorry for your loss," sincerely meant, is actually enough...no religious ..."
J.D. 10 Ways to Care for Someone ..."
Browse Our Archives
Related posts from Irreverin