Indefensible: What To Do Now–And Later–To Help Children Detained At the Border

Indefensible: What To Do Now–And Later–To Help Children Detained At the Border June 25, 2019 Erin Wathen

Last week, Alexandria Ocasio-Cortez referred to some of our nation’s border detention facilities–where people are being held indefinitely in small spaces with little food, water or access to care or legal representation–as concentration camps. The next day, I was at the gym, watching side-by-side screens featuring different news networks. All had the captions on. Most days, I let my eyes bounce back and forth to witness the rhythmic discord between opposite ends of the echo chamber. But this time, I was focused on FOX News entirely. The commentators were discussing Ocasio-Cortez’ comments; calling her “ignorant,” “uneducated,” and other kinds of things that people call women of color who speak uncomfortable truths. But that’s for another post…

They went round and round, calling her out on many different levels for using such harsh language… but they never discussed the reality of conditions at the border.

Over the weekend, multiple reports blew open grotesque and alarming details about the facilities in which minors–separated from their parents– are being held. Reports of babies and toddlers without diapers; children as young as 8 being responsible for the younger ones; inadequate food and water; overcrowding and little time outside; groups of children huddled to sleep on concrete floors with no bedding or real blankets… It was, and is, horrifying. This is not other places. This is us, our own American backyard. On our watch, on our tax dollar.

By all accounts, this should be a nonpartisan matter, and an interfaith matter. This issue should overcome any barriers of ideology, policy or belief, because vulnerable children are being willfully hurt by people in power. People of faith should be indiscriminately up in arms about this systemic abuse. In some cases, the faith community is stepping up, with a diverse group of voices contributing to protest and advocacy.

And yet, everywhere you turn, people defend the indefensible.

Much like the news commentators who wanted to parse the words of Ocasio-Cortez, many are finding ways to defend the practices of leaving children cold, malnourished and unattended. “It’s an improvement over where they came from.” “Their parents broke the law.” “It’s fake news.” “They don’t really need soap.” “At least they’ve got a roof over their heads…”

The words people will use to make this all more

Palatable: pal·at·a·ble
palədəb(ə)l
adjective
Def. (of food or drink) pleasant to taste; (of an action or proposal) acceptable or satisfactory.

But the words don’t matter much. Any justification for these atrocities, no matter how well-reasoned or articulated, is simply

Indefensible: in·de·fen·si·ble
indəˈfensəb(ə)l
adjective
Def. not justifiable by argument.
There are no words to describe the magnitude of suffering these children have already endured; the trauma of separation from their families, and then being left to their own devices in squalor. Neither are there words to defend the people who put them there. The words we choose to describe it, at this point, are not nearly as important as the action we take to change it. However, using our voices–and whatever platforms we have–to amplify the issue, is one of the most effective things we can do. In fact, some changes are already taking place because of the attention the stories received over the weekend. Many children have been removed from the facility under fire (though it is disturbing that reporters can’t seem to find out where all of them were taken); and head of Customs and Border Protection John Sanders is stepping down after these recent revelations.
But what’s happening there is still a travesty.
I know many of us are prepared to drive down there and start putting kids in our cars, but that is probably ill-advised; not to mention impractical. Others want to send food and clothing, but I don’t know that this is the best approach either. What’s needed is sweeping policy reform; and the infrastructure to deal with an increasingly complex situation. If you want to know some things you can do to be truly helpful, I asked a friend who’s an immigration attorney. He works with folks every day who are victimized by the cruelty of our system, and here are some of his suggestions:
1. Know the issue and spread awareness. Read up on the recent Flores Settlement Agreement; as well as a recent AP article about the extent of the neglect that is taking place. And then engage people in conversations about this. I’m talking social media, real life engagement, and most importantly of all
2. Call your representatives. Then call them again. Then call them again, until this is fixed. Volume matters–literally and figuratively.
3. Volunteer. Your help is especially valuable if you are bilingual, and/or if you are an attorney. Here are some ways to get directly involved. If these don’t apply to you, you can always
4. Give. to the ACLU, or RAICES, or any other number of organizations working for immigrants’ rights at the border. And finally, for change in the long-term,
5. Vote. Vote for candidates who have compassionate, thoughtful solutions to this very complex problem; vote for candidates who refuse to contribute to racist rhetoric and misinformation about immigrants. Push forward leaders who will see the human side of the issue and engage in bipartisan solutions. This goes for all y’all, whichever party ticket you punch. If our leaders don’t learn to work together, this goes nowhere. And it’s clear now that the working together thing begins with us. Every one of us.
In the meantime, let’s not parse words. “Concentration camp” sounds pretty spot on to me. Anybody who wants to call it something nicer is part of the problem. Don’t blame the people who call a thing what it is. Whether they are attorneys or reporters, pastors or politicians, teachers or anybody else with a voice– we need truth-tellers now. Get out there.
truth: /tro͞oTH/
noun
the quality or state of being true
that which is true or in accordance with fact or reality 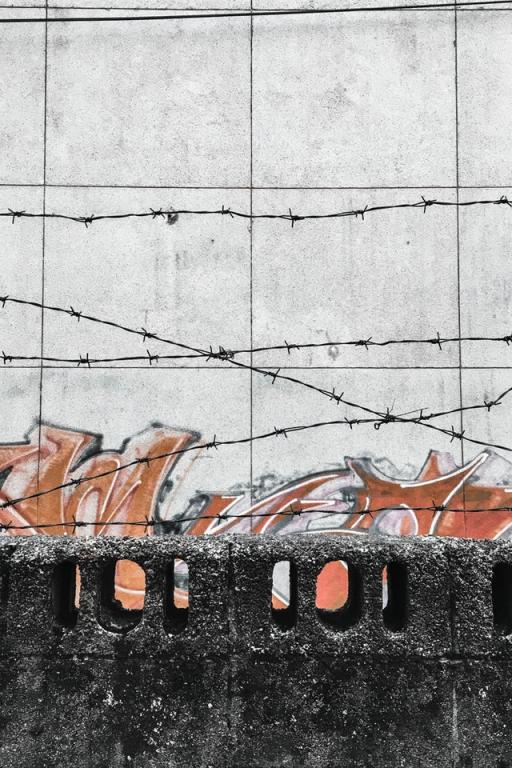 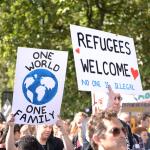 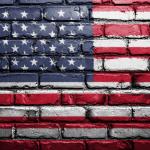 July 4, 2019 Who's Free?
Recent Comments
0 | Leave a Comment
"When the United States began, most patriots considered their patriotism in relationship to their home ..."
Caliban Whose Flag Do You Carry?
"All peace and joy on your journey!"
Patrick Along For The Ride
"I'm sorry to hear about your daughter. It's heartbreaking to hear of a parent burying ..."
Cynthia 10 Ways to Care for Someone ..."
""I'm so very sorry/I'm so sorry for your loss," sincerely meant, is actually enough...no religious ..."
J.D. 10 Ways to Care for Someone ..."
Browse Our Archives
get the latest from
Progressive Christian
Sign up for our newsletter
POPULAR AT PATHEOS Progressive Christian
1