The Myth of Self-Sufficiency: And How The “Public Charge” Rule Perpetuates It

The myth of American bootstraps is alive and well.

The economy teeters on the edge of a meldown. Not that I’m hoping this is true, mind you, I’m just referencing nervous economists who say recession is nigh. But even as we gaze over that abyss, all too familiar from a decade ago, we cling to the old favorite narrative of pulling oneself up to success. We reinforce the notion that hard work can overcome any set of obstacles– even an unjust system that is stacked against you. And, since some things never change, our political leaders continue to scapegoat immigrants.

In an interview about the new policy, top immigration official Ken Cuccinelli made an allusion to the well-known poem on the Statue of Liberty. People often reference these words as a welcome statement for  immigrants, but he suggested changing the text to read Give me your poor… who can “stand on their own two feet” and “not become a public charge.”

Sidebar, he also claims the poem was meant for white people. I mean “EUROPEANS,” my bad. (We know what he meant).

Folks are acting appalled by the Cuccinelli’s words, but he really just said out loud what is at the heart of much of American identity– radical individualism; idol worship of monetary success; and a measure of human worth rooted solely in what one can produce. Within this reality, it is easy to paint immigrants as “a drain on the system,” tell them to “go back where they came from,” and pretend that those citizens who are currently successful and independent got there on their own.

That image of “Sufficiency” is just another idol that we worship. One that devalues not just the poor and the vulnerable, but also the virtue of community itself. 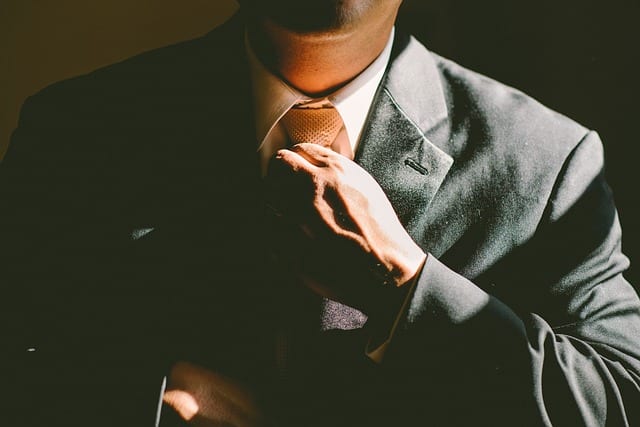 It’s not as though all the Americans currently standing “on their own two feet” just washed up on the shore one day, completely upright and affluent. Truth is (a) the Native Americans saved our first white pilgrims from starvation and disease that first winter, and then (b) promptly got run off of their land in the first episode of what turned out to be a centuries-long massacre and forced exodus. So there’s that.

Not to mention, the worthwhile parts of this nation’s ethos came by virtue of cooperation and a shared investment in the future. Things we value deeply, like education; farming; the Industrial Revolution; centuries of progress in medicine and technology. Not one of these things was wrought by the success of a single human.

The converse is true as well. The very worst of all that we are stems from a false belief that any of us, alone, are a force unto ourselves. The alarming (and growing) gap between rich and poor; pandemic gun violence; violence against women; violence in general; the defunding of public education and the crisis in healthcare; the destruction of the environment. When we take a step back, we see that these social ills are all rooted in the same evil– the sin of “self-sufficiency” that is uniquely American.

Many claim we are a Christian nation, but we omit from our economy those values that lie at the heart of Jesus’ gospel. To love neighbor as self. To live together in community, sharing life at the table. To welcome the stranger and immigrant, feed the poor, and lay down our weapons.

The idols of self and singular power cannot co-exist with the way of Christ. So maybe we aren’t a Christian nation. Nor is that the goal. But if one is Christian and LIVES in this nation, our job is to resist the nationalism that compels us to treat our vulnerable neighbors as a liability.

The lectionary for this week includes Hebrews 12:1— “Therefore, since we are surrounded by so great a cloud of witnesses, let us also lay aside every weight and the sin that clings so closely, and let us run with perseverance the race that is set before us.”

That cloud of witnesses is truly one of the most profound mysteries– and miracles– of the faith. The reminder that we are, none of us, an island unto ourselves. We are held up on every side by those who came before; by those who share life and faith with us now; and even those who will come after. And, as part of this cloud of witnesses, there are some standards and expectations–that we lay aside the weight of sin and keep after the way of Jesus.

I’m starting to believe that one of the heaviest sins we carry is the weight of the bootstrap.

Last night, a group from my church went to airport to welcome a young man, just arrived in this country from a refugee camp half the world away. I don’t think he speaks much English. I don’t know how much education he has had. I don’t know if he has any bootstraps. But I do know, he’s got a good chance of making it here–because he’s got people who care if he makes it.

When powerful men want to posture about self-sufficiency, don’t let them fool you. Don’t let them pretend there is not a powerful village behind every single ‘successful’ person– American citizen or otherwise.

As though there isn’t a cloud of witnesses holding up the air around us all.

A litany of names flows through every good thing that we have as individuals: teachers, neighbors and grandparents; Sunday school teachers, church ladies, pastors and youth leaders; the parents of our childhood friends, our mentors and early employers; scout leaders, dance teachers, and coaches…That cloud surrounds us in all things. Anyone who feels like they somehow ‘made it’ on their own is forgetting the power of their village; or else they’ve achieved their own status by some dubious means and they are not to be trusted.

I don’t know about the American dream; but the gospel dream is not to be self-sufficient. It is to be so powerfully woven into the fabric of meaningful community and connection that we cannot extract our own stories from that of the cloud around us; nor can we separate what is good for us from what is good for our neighbor.

My prayer for this nation of immigrants is that we all learn to be a little less self-sufficient; and a little more invested in the cloud, the village, the blessed dependency that makes us whole. 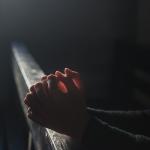 August 7, 2019
Maybe Our "Thoughts And Prayers" Are The Wrong Kind of Prayer
Next Post 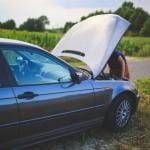 September 4, 2019 Deferred Maintenance
Recent Comments
0 | Leave a Comment
"Very well said."
silicon28 Let It Burn
""So we know that when the president declares church “essential,” it has nothing to do ..."
Bob Shiloh Essential
"Amen. So be it.We ARE being called to repent. And, the rest of the world ..."
Chari McCauley Let It Burn
"Not "pawns" nor a "game" … they're the drivers and instigators of today's political switch-over ..."
Ocelot Aardvark Essential
Browse Our Archives
Follow Us!