It was not rare to have visitors in my office.

But it was extremely rare to have a visitor fly in through the door behind me, make a few loops around the ceiling, and peruse my selection of theology books before settling on the top shelf.

This flaming red cardinal lived in the bird sanctuary on the church grounds, right outside my office door. But who knows why he chose that particular morning to come on in and make himself at home. Maybe he wanted to borrow some Thomas Merton?

I’m not one for superstition. But I know a sign when I see one. Cardinals are are widely recognized–across many cultures–as spirit messengers. And I have personally encountered them, in up-close and personal ways like this, at several junctures in my life when I was in deep discernment or feeling conflicted about something. Or when I just felt deeply unsettled. Whether it’s trying to give me directions or just reminding me that I’m not in this thing alone, I always catch my breath when a red bird comes into my proximity like that.

It’s not just about the thing itself. Timing is everything.

Isaiah 7 finds the northern and southern kingdoms of Israel on the verge of conflict, and King Ahaz in need of direction. God says to him–just ask me for a sign! The King resists, feeling that to ask such a thing would be putting God to the test. A triple-dog-dare of cosmic proportions (far more risky than, say, putting your tongue on a frozen light post).

But God promises says, you know what? You’re getting a damn sign anyway…deal with it. There’s a baby coming that will ring in a new season of peace for Israel and then you will know that I’m in this thing with you.

While the child Jesus (who we like to think everything is about this time of year) was not to come for many generations yet, God was already in the business of making and keeping promises. The people of Israel were on a long journey. It was sometimes painful, but they were never alone. There were signposts and signals, all along the way.

Like King Ahaz, we are often reluctant to trust in God’s abiding presence through dark and difficult seasons. But this is a season of signs and wonders! What reminders of God’s presence and love might we witness, if we have eyes to see? What miracle might fly right into the room with us, if we are watching for it to land?

My signs aren’t always red birds. Once it was a hawk. Another time, a huge bald eagle that had clearly gotten lost in Kansas on his way to more dramatic landscapes. It’s not always even a bird. Sometimes it’s a buffalo–or rather, a herd of them running across a North Dakota prairie, calling me into a wild and mysterious future. Sometimes it’s a star. Or a call at exactly the right moment from someone who could not possibly have known that you needed them… and yet, there they are.

It’s not just about the thing itself, you know. Timing is everything.

I see red birds all the time, especially now that I’ve moved back to Kentucky. They’re kind of a thing here. But I know when a bird is a bird, and when a bird is a signal for something else– something holy, something beyond sight, some promise of an otherness in the offing… some rare bird that will fly through and change everything. 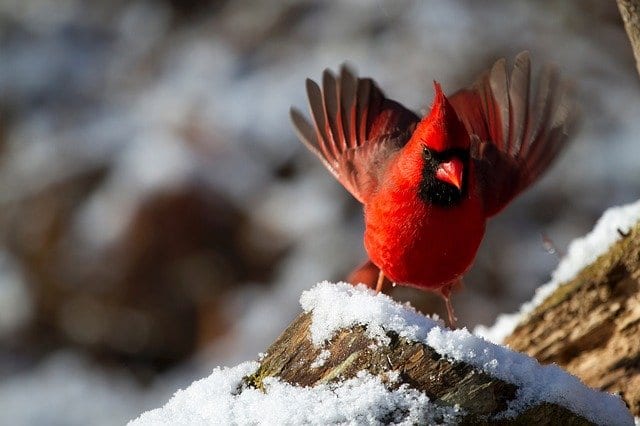 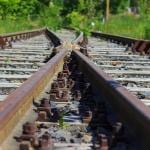 December 11, 2019
Threshold: How To Make A Hard Decision
Next Post