Women make up 50.8% of the American population; but only 23% of the House and Senate.

I could go on. (And on, and on). I studied these and other depressing statistics when I wrote my book Resist and Persist: Faith and the Fight for Equality. It turned into a whole chapter about the inequities in our economy and our governing systems. The bottom line is– women are literally half of the people, but hold far less than half of the wealth and power.

This is bad for everyone.

I won’t get into the weeds, but literally every systemic problem we face in this country is directly impacted by a shortage of women in leadership– from poverty and healthcare to education and public safety. The bottom line is, women’s equality is critical to our survival. Not just because it is fair, just, and the right thing to do… but because women’s particular gifts and style of leadership would radically transform public policy, and fundamentally, the way we engage public discourse.

Now that we are living through a global crisis, we can see this truth play out in very literal ways.

Yesterday, Forbes Magazine featured this piece about countries that have fared the best in the COVID-19 pandemic, and they all have one thing in common: women leaders. There are statistics to back this up, and note the source as well. Forbes is not exactly known for its left-leaning, radical feminist agenda.

This is not a coincidence. There are reasons that women are particularly equipped to lead, not just in general, but right now specifically. And before anybody hollers that this is sexist: one cannot be ‘sexist’ against men, any more than you can be ‘racist’ against whites. We are talking about dismantling centuries-old systems of inequality wherein men (white men) have benefitted from cultural bias that shapes literally everything around us. In order to recover from that, you’ve got to be intentional about naming sins of the system. Does this mean that all men are bullies, inept, and unfit to lead? Of course not. Does it mean that men should never be in charge of anything again? I mean… Lord, some days it feels like that, but no. That’s not what we’re going for. Equality actually does mean everybody.

But is there some truth to the fact that male leaders are often blinded by their own privilege; limited by their inherited sense of entitlement; and utterly tone deaf to the issues facing the more vulnerable members of our society? Uh, you bet your quarantined ass there is. So let’s talk about that. 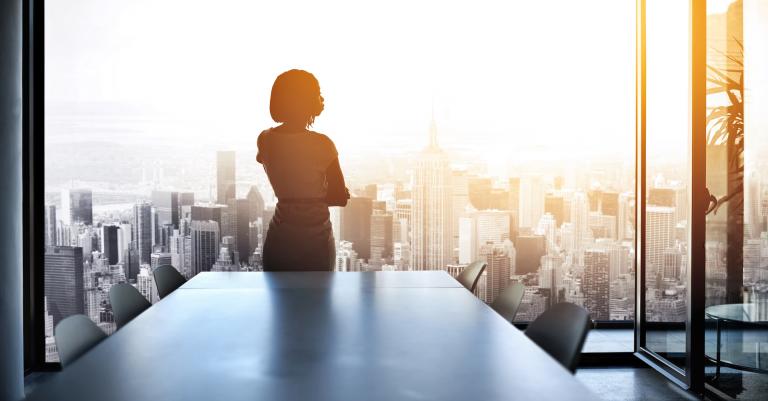 Women are leading well right now because they tend to come to the table with a greater sense of empathy; this is both by nature and by nurture. Perhaps there is some maternal instinct factor that makes women lean more naturally towards compassion and care; but there is also the reality that women have greater empathy for those dealing with hardship because we have, both collectively and individually, endured any struggle we’ve faced with the added hardship of being female. The Ginger Rogers thing about “backwards, and in heels” has real merit. Overcoming poverty, trauma, conflict or failure is difficult for anyone. But life throws some extra fun and creative hurdles at women who are living through trials. If you have managed to dance that dance and come out on the other side, it is only natural to extend more kindness to others who are struggling, and to have a greater urgency to care for those in need. Leading with empathy means looking first and always at the human side of a policy issue– life itself, if not biology, has equipped women to lead with that perspective.

Which leads us to – guts. This will not be a popular assertion, but I will stand by it: women in positions of authority (in any field) have often had to work harder and run faster than their male counterparts; and they’ve had to look good doing it, too. Never break a sweat and don’t muss your makeup, etc. How many women have been deemed “unelectable” because they were not super models? (Or, “not a 10,” if you will). How many looks-shaming memes have you seen about Hilary Clinton, Elizabeth Warren, or any other woman who has had a shot at top offices? It’s chronic, it’s gross, and it’s real. Any woman who has worked her way to power has done so in spite of unbeatable odds while working against impossible double standards. The guts and gumption that it took her to get there will play out in her everyday leadership, and you can take that to the bank. Furthermore, women are less likely to fall into the trap of governing just to protect their own power; because power for its own sake has never been the point.

And– need this be said? –for all the stereotypes about women being weak and fragile, women have got grit for days. Especially when you hold it up against a fragile male ego. Can you imagine for a moment, a woman President on a Twitter tantrum about how the press is being mean to her? A woman attacking and name-calling her opponents; gaslighting a teenage environmental activist; or touting her TV ratings in the midst of a global crisis which has claimed over 100,000 lives and counting? No, you cannot. Because a woman–especially a woman who has established herself has a public figure and endured all that’s implied in getting there– has far thicker skin than that. She is not in it for the ratings.

Lacking assumptions of their own grandeur, women leaders are more likely to be collaborative. Whereas men can afford to take their own authority for granted and bring a top-down approach to problem-solving, women can take nothing for granted. They bring a diversity of voices around a table, build relationships, and approach challenges from a communal perspective.

These are just a few of the reasons that the women leaders of the world are killing it right now; and why the U.S. is struggling. Because not only can we not seem to elect a woman President; we can’t even manage to get our House in order so that our representation reflects our population. Until that happens, we are always going to be stuck in the same cycles of power and privilege, and our most vulnerable citizens will suffer.

That said, not all of our male leaders are failing the test of these days. Some are showing tremendous strength and wisdom and saving lives. But what cannot be overlooked is this: the Governors, Mayors and local leaders who are getting us through this are the ones who exhibit these same characteristics. Those who lead with courage and empathy are the ones who will save us.

I’ll hold up as an example our Kentucky Governor, Andy Beshear. Perhaps you’ve heard of him? He’s kind of a big deal. (At least you’ve seen the memes, surely!) Governor Andy has quickly become the one of the most popular Governors in the country, after being in office for only a few months. It’s not because he was wildly popular to being with– he barely won. And it’s not because he’s leading with a forceful hand–it’s because he’s leading with empathy. He addresses his state every evening at 5:00 to share clear and concise information; he is authentic, displaying humility and vulnerability; and he communicates with compassion. He recognizes the dignity of every Kentuckian, and values every life equally–frequently citing the most vulnerable among us as those in need of our care and protection. He also has enough fortitude to not care what his political opponents are making of this. His ego can take a punch. It’s something to behold.

Other leaders around the country are stepping up in kind. From Cuomo in New York to Dewine in Ohio; from Newsom in California to lesser known Mayors and public servants across the country– those leading with guts, grit and empathy are the ones who will pull us through. Those who come to the table with more concern for the common good than for their ego or their ratings are the ones writing history right now. Any way you shake it, the message is clear: it’s time to lead like a girl. 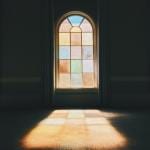 April 11, 2020
Let The Church Die: An Easter Manifesto
Next Post 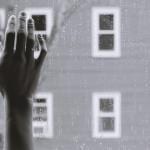 April 25, 2020 Without Casseroles and Crowded Churches: 10 Ways To Support The Grieving While Social Distancing
Recent Comments
0 | Leave a Comment
"When the United States began, most patriots considered their patriotism in relationship to their home ..."
Caliban Whose Flag Do You Carry?
"All peace and joy on your journey!"
Patrick Along For The Ride
"I'm sorry to hear about your daughter. It's heartbreaking to hear of a parent burying ..."
Cynthia 10 Ways to Care for Someone ..."
""I'm so very sorry/I'm so sorry for your loss," sincerely meant, is actually enough...no religious ..."
J.D. 10 Ways to Care for Someone ..."
Browse Our Archives
Related posts from Irreverin