I woke up this morning to cute little signs on my door, then followed a complicated, winding path of string that led to a pile of homemade gifts. This afternoon, I’ll call my mom, and my mother-in-law. And, as I do most Mother’s Days, I will think about all the ‘other mothers’ in my life– my friend’s moms, my mom’s friends, neighbors, and a long line of church ladies who have mothered me– even when I was their pastor.

But there’s another mother who is heavy on my mind today. A mother I’ve never met. Her name is Wanda Cooper Jones, and today she is spending her first Mother’s Day without her son.

Wanda’s son Ahmaud Arbery was shot and killed in February by two white men who saw him out for a run and thought, ‘well of course he must have done something wrong.’ That’s their story, anyway. As thin an excuse as it is, their defense attempts to construct some framework of “reason.” As though there was a logical thought in their heads. As if they needed a reason to shoot an unarmed black man who was out getting some exercise, minding his business and bothering no one.

They didn’t need a reason. This is America.

If you cringe when I say that, as though all of America is responsible for this sort of senseless hate crime, then hang with me… Because if you bristle at the implication that you are a part of this problem, then you especially need to hear what comes next. Because we really are all a part of this problem. It’s the story of who we are. And only we can change it.

Wanda Cooper Jones, of course, is not the only black mother who’s lost a child to the violence of white supremacy in the past year. As Michele Norris wrote for the Washington Post– Wanda Cooper Jones joins a sorority no woman wants any part of.

It’s a big club. And it keeps growing.

And, nice white ladies of America, please hear this: it is going to keep happening, unless we teach our white children a different way.

This will keep happening, because it is impossible to address and uproot centuries of systemic injustice when the people who build and uphold the systems (read: all of us white folks) emphatically avoid the reality. It is possible to be opposed to racism, in theory, while still participating in its constructs in reality. “Nice white ladies” are often especially liable to condemn the violence, but still contribute to the culture that breeds and enables it.

It’s often in little things. It’s in the ways we might encourage our children’s friendships with those who look like us, and subtly (even unknowingly) nudge them away from those who don’t. It’s in the things we give them to read, (or don’t); the shows and music and movies we expose them to (or don’t); it’s in the microagressions we hear but don’t correct (it’s just a joke!); it’s in the assumptions and acceptance of our own privilege that we have been handed, and left unquestioned, and will continue to hand down to our own children.

Unless we don’t. Unless we decide that this particular cycle of toxicity is going to stop with our children, and then give them a different story. This new way will be our gift: not just to our children, but to the black mothers in our communities: our friends and neighbors and co-workers; our children’s teachers and the mothers of their friends.

The patterns and behaviors that contribute to systemic racism are often innocuous. They are so small, so subtle we don’t always notice the ways in which they have crept into our lives. But the patterns and behaviors that can undo that system must be large, loud and intentional. And even then, it will take years– possibly generations– to turn the tide. We have to try though. We have to take it upon ourselves to author a new narrative, one that pushes back agains the dark cloud of violence that has become so acceptable and routine that it takes nearly THREE MONTHS to arrest the white men who killed Wanda’s son. And there was video.

There was video. Lord help us. Three months later, these men are behind bars. But who knows for how long. Who knows what horrific miscarriage of justice lies at the end of this story. Because when white men kill black men, it is rarely called murder. It is just the America we’ve come to know.

So, nice white ladies of America– please talk to your children. Talk to them about the world we live in, and their part in it. Name their privilege and ask them to watch for how it shows up every day; in the classroom, on the street, at the store. Ask them to notice the ways that they are given the benefit of the doubt, the advantage, the indulgent nod. Give them books written by people of color; give them history (if you can find it) that does not make heroes of white conquerors and thieves. Show them how to stand up and push back when their friends say something racist.

In the meantime, what we can give black mothers today is our grief. We can step into their loss and their fear, making it our own. We can say “not on my watch.” We can teach our kids–and our children’s friends, and our friends’ children– that they are part of the problem unless they work to stop it.

We can teach our boys not to be the men who sit in a truck with a gun, just waiting for an excuse to act out this ancient outrage, yet again. We can say it stops with us– and make it so. 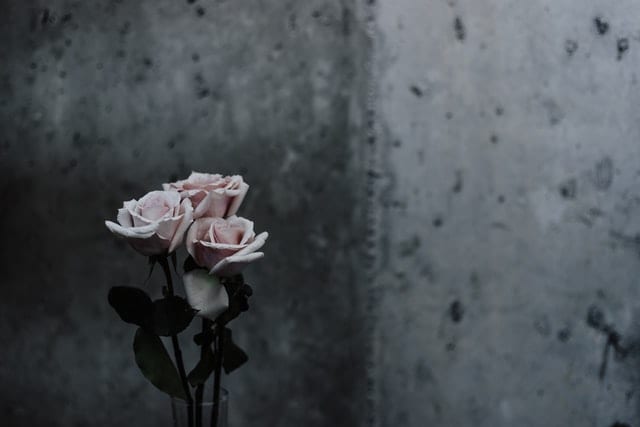 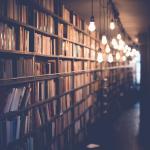 May 3, 2020
The Gospel Of Reading What We've Already Read Before
Next Post 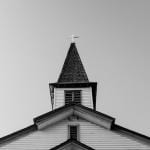