If you pay attention to debates over the role of faith in public life, you have noticed. It probably started in internet comment sections. Then liberal activist groups took it up. By now, editors at mainstream media outlets often don’t blink when writers submit pieces about it.

I’m talking about “religious liberty,” the new plea of haters, bigots, and other assorted losers in the culture war who are grasping for their last legal leg to stand on. At best, you’ve heard, their claims are dubious. At worst, they are to blame for LGBT teen suicides.

Look, sometimes these people make claims that seem bizarre. But almost without exception, they are arguments that deserve to be considered, even if they are not ultimately persuasive (see: Davis, Kim). Moral traditionalists and other people who see religious freedom as a vital constitutional protection are, it seems to me, citizens of good faith and good will who do not approach the public square with a determination to discriminate and oppress.

They are losing badly in the court of public opinion, at least as mediated by popular media and culture. But they sometimes deserve to win in courts of law, especially when they are harangued by illiberal liberals who find it easy to judge other people’s intentions, beliefs, and motives.

Conservatives do themselves a disservice when they uncritically accept every religious liberty claim. It seems hard to defend parents who refuse life-saving medical treatment for their dying children. Likewise, it seems cruel to deny life-saving medical care to women with dangerous pregnancies.

There are and always will be conflict between laws and beliefs. In general, our religious and ethical beliefs provide a more active, comprehensive, and compelling guide for navigating them than any legal framework. Our laws secure rights and protect liberties. But in general, we should be as deferential to religious freedom as we can.

Judging religious liberty claims in accordance with preferred partisan and political outcomes is bad politics and bad citizenship. It seems to me that this issue should cut across party lines, because religious freedom is fundamentally a Western/American/fundamental value, not a Democratic or Republican platform plank.  And remember, progressives can embrace religious liberty for their own causes.

Putting religious liberty in quotation marks is lazy, arrogant, and unduly dismissive. It presupposes that other people’s very sincere claims do not even deserve to be considered in public discourse. As I have seen the normalization of denigrating “religious liberty” in media and activist circles, I increasingly conclude that the people doing the scare-quoting are not even attempting to hear the other side or understand their arguments.

Is signing a government form a substantial burden on a sincerely held religious belief? Probably not. But maybe it is. We should at least be able to argue about it. Scare-quoting “religious liberty” attempts to circumvent a rational, dispassionate debate about competing public goods and private rights. If I was a government bureaucrat in court against a group of women religious, I would be as deferential to the nuns as possible.

I certainly do not believe every religious liberty claim is necessarily valid. Activists often present us with a false choice. But scare-quoting is a shoddy tactic designed to cut off debate and silence dissent. It’s not a good look for so-called liberals. 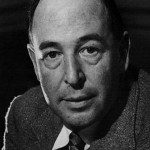 September 28, 2016
A gripe about C.S. Lewis and conservative politics
Next Post 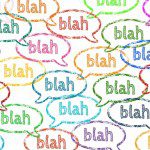