Religious right to Trump: Grab us by the p***y

To no one’s surprise, the old guard of the religious right was the first and loudest group to reaffirm its commitment to Donald Trump after he was caught on tape 11 years ago bragging about getting away with sexually assaulting a woman.

The Daily Beast‘s Betsy Woodruff has the story, complete with quotes from Ralph Reed, Robert Jeffress, and others. Woodruff’s concluding comment is pretty devastaing:

The comments Trump made are gross, as his social conservative backers concede. But, to these Evangelicals, ‘grab them by the pussy’ doesn’t sound quite as bad as ‘President Hillary Clinton.’

Men who believe that Donald Trump is God’s agent for this hour are not going to abandon him, no matter how vile his behavior. But when you think about the fact that these guys regard Donald Trump as the man to lead America back to God, an enduring feature of the old religious right becomes undeniable.

These people are not and never were religious leaders. Their movement is transparently about political power, highlighting a few sex-related issues and sacralizaing the rest of the Republican Party’s policy agenda.

Notice how religious-right has-been Ralph Reed folds opposition to the Iran nuclear agreement into his constellation of Christian concerns: “People of faith are voting on issues like who will protect unborn life, defund Planned Parenthood, defend religious liberty and oppose the Iran nuclear deal.”

Never mind that Trump clearly knows and cares nothing about criminalizing abortion, does not share conservative Christians’ revulsion at Planned Parenthood, and is laughably clueless about their religious liberty priorities. Oh, and the Iran nuclear deal? A global ecumenical Christian consensus supported it, except for white American evangelical Protestants.

A lot of people are saying the religious right is almost dead. It isn’t. It will be around. It will evolve. But prophets of its demise are right about one thing: Ralph Reed, Tony Perkins, Robert Jeffress, Jerry Falwell, Jr., et al are leaders without followers. They don’t really speak for many people at all. The only reason we hear about them is that political reporters call them for comment and they are always eager to get their names in the papers.

Christian Rightists’ only shred of relevance is their place in journalists’ Rolodexes. Reporters should just stop calling them.

The GOP’s abuse of Christians may not be sexual or violent like Trump’s predations admittedly are, but perhaps Trump’s criminal admissions do not faze Religious Right leaders because they understand the dynamic: A powerful man takes what he wants from them, thinks nothing of them, and brags about it to his friends.

October 5, 2016
Transcript of the #VPDebate's 'faith question'
Next Post 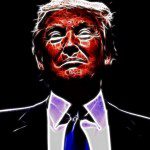 October 11, 2016 Protestant confessionalism and Trump's evangelical support
Recent Comments
0 | Leave a Comment
"Simple. His politics served Evangelical ends better than Hillary's did. The logical fallacy being projected ..."
Scot McKay Trump’s stunning admission about his evangelical ..."
"Your use of the term "homosexual" to refer to gay people, which is as offensive ..."
Self-Evident Truth Why opposing same sex marriage isn’t ..."
"i think it's a what we call "far right" in general thing and i think ..."
Brandon Roberts Why are white conservative Christians so ..."
"i personally feel people that it's bisexual with a different name however i also see ..."
Brandon Roberts Is fluid sexuality a Millennial thing?
Browse Our Archives
get the latest from
Progressive Christian
Sign up for our newsletter
POPULAR AT PATHEOS Progressive Christian
1