Like a lot of people, I’ve been trying to understand why some conservative white evangelicals will vote for Donald Trump while others just can’t bring themselves to do it.

The usual explanations have been frequency of church attendance and socioeconomic standing. For a time during the primaries, we thought regular churchgoers were not going for Trump. But now it’s clear that plenty of weekly attenders are going to vote for Donald John Trump on November 9. We also supposed that Trump appealed mostly to downscale whites. But we now know that Trump support “cannot be neatly linked to economic hardship.”

Trump’s evangelical supporters, at least at the elite level, tend to come from non-denominational institutions. Their place in the evangelical world is not tied to specific confessional expressions of Protestantism. Their Christian identity, such as it is, tends to be generic: They are “Bible-believers” and “born-agains,” not Calvinists or Anglicans.

Evangelical holdouts are notably more tied to specific confessional traditions. At the mass level, they are more frequent churchgoers. This probably means they are more self-consciously aware of and formed by their identity not just as “mere Christians,” but as Methodists, Baptists, Reformed, etc. #NeverTrump evangelical elites tend to be leaders in explicitly confessional institutions.

Generic evangelicals or cultural/nominal Protestants go for Trump. Confessional evangelicals are theologically primed to resist him.

It will be difficult to prove this empirically, since we have enough trouble capturing “evangelical” in surveys without even beginning to measure the magnitude of specific doctrinal confessions.

But I still find this division fascinating.

Note that only Jeffress is an ordained minister, and he is not known to be especially active in his denomination’s affairs. The laymen made their mark among evangelicals as political partisans. Reed is a longtime GOP operative. Perkins is a GOP operative barely disguised as a faith-based policy organization chief. Falwell inherited the university portion of his father’s empire. While Falwell is a Southern Baptist layman and his university is in partnership with the Southern Baptist Conservatives of Virginia, he is hardly seen as a denominational statesman.

Dr. Moore leads the public policy arm of the nation’s largest Protestant denomination, one that is so committed to confessional purity that it will not even join the National Association of Evangelicals, lest they be in association with some doctrinally errant sect. Moore and Mohler are both Southern Baptists, but they are also closely affiliated with a group of Baptist and Reformed leaders often dubbed “New Calvinists.” The Gospel Coalition is the leading neo-Calvinist organization, and its principals and writers have been (without exception?) strongly opposed to Trump. These men are staunchly conservative and theologically sophisticated. They understand their approach to politics as arising from faith, whereas Trump fans like Reed and Perkins seem to lead with politics and apply faith to fit its needs.

While there is a strong neo-Calvinist inflection in #NeverTrump evangelicalism, there is also an Anglican strand. Christianity Today editor Andy Crouch wrote a blistering editorial against Trump (and his evangelical boosters) this week. Mike Gerson has used his Washington Post column to pillory the notion that Trump support arises out of any Christian framework. CT’s editorial leadership is more Anglican than you would expect, and a number of relatively more thoughtful conservative political elites in the D.C. area are ACNA laypeople.

In Washington’s faith-and-politics landscape, it’s significant that the Trump supporters are affiliated with transparently political organizations. But figures like Cromartie and Wehner of the Ethics & Public Policy Center are more theologically sophisticated and less reflexively partisan. Mark Tooley, my friend and guide to the Washington-based conservative Protestant political organizations, also leads with faith rather than politics, and I guess I will concede that he is less reflexively partisan than I once supposed.

How does confessional distinctiveness matter in politics?

The trend toward non-denominationalism was a mixed bag for evangelicals. It arguably watered down and downplayed what Protestants of various stripes once regarded as important doctrines. But there is something comforting in imagining oneself as a “mere Christian” in the mold of C.S. Lewis. You find more common ground with more people. This can be consequential in politics, as the consolidation of the Religious Right in the 1970s-1990s shows. Even Russell Moore, the Southern Baptists’ public face, says he wants to call himself a “gospel Christian” because “evangelical” has become meaningless — a synonym for white Protestant conservative. (I’ll save my rant against the adjectival use of “gospel” for another day).

The loss of confessional distinctiveness nursed along a theologically vapid civil religion that, in recent decades, many white evangelicals confused with authentic faith. For 35 years, they could always vote Republican without conflict. Their faith and politics elevated abortion and marriage, while downplaying arguably Christian concerns like economic justice, health care, and peace. Perhaps a growing concern with the environment, immigration, and criminal justice reform opened conservative white evangelicals’ eyes to the Republican Party’s blindness/lateness to these issues and its priority of shrinking tax rates and regulations.

In any event, I suspect that robust confessional commitments are correlated with conservative white evangelicals’ resistance to Trump. I can’t prove it with data. But I think it’s true. People whose faith lives are animated by active beliefs in robust theological ideas will accede to Trumpism at lower levels, everything else being equal. Conversely, people who are less formed and nurtured in self-consciously confessional churches and institutions may retain an evangelical ethos, but may lack the theological commitments and reasoning that generate cognitive dissonance at the notion of a follower of Jesus Christ supporting an unchristian fool for their government’s highest post. 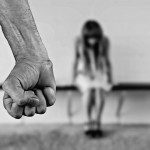 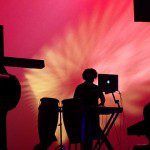 'The redeeming effects of the Christian...
slacktivist
Related posts from Capitol and Cathedral