Georgetown University reckons with its slaveholding past

Georgetown University reckons with its slaveholding past May 25, 2017 Jacob Lupfer

Last month in Washington, an unlikely collection of people gathered at Georgetown University to remember and to pray. Jesuit leaders, Archdiocesan officials, and descendants of 272 salves sold in 1838 to keep the university afloat participated in a Liturgy of Remembrance and a ceremony marking the renaming of two campus buildings.

This is unusual because, while it has become fashionable for universities to disavow their former dependence on an institution of human ownership and forced servitude, slavery is usually a nameless, faceless legacy of the past. But the Jesuits’ record-keeping preserved the names of the slaves they sold to plantation owners in Louisiana.

One hundred eighty-nine years later, dozens of black men and women whose ancestors’ very bodies and unpaid labor enabled the financial survival of a fledgling institution came face to face with the spiritual sons of their former masters. Standing in for Cardinal Donald Wuerl, an auxiliary bishop of Washington offered remarks and prayers.

The event was also unusual because Georgetown sometimes stands outside the bounds of what the Archdiocese of Washington might prefer on highly publicized issues and events. Some critics delight in pointing out when the hierarchy distances itself from the wayward, errant university.  In this case, Georgetown has called the Jesuit and Catholic traditions to acknowledge their troubled relationship to slavery.

It has been a long time in coming, but it is not ultimately surprising that this day would arrive. The 1838 slave sale seared many Jesuits’ consciences, even then. Research into Georgetown’s slave-holding past notes the “anguish voiced by some Jesuits over their participation in a system of forced servitude.” The moral dimension of slavery was prominent among the Maryland Jesuits, whose writings offer “a glimpse of an insular world dominated by priests who required their slaves to attend Mass for the sake of their salvation, but also whipped and sold some of them.”

Georgetown historian Adam Rothman calls the 1838 episode “a microcosm of the whole system of American slavery.” Research into the Maryland Jesuits’ slave sale brought together coalitions of descendants, scholars, and the entire Georgetown community.

President John J. DeGioia convened a Working Group on Slavery, Reconciliation, and Memory that met for over a year and produced recommendations. Early on in the process, the university removed the names of two Jesuits, both former Georgetown presidents, from campus buildings. Later deliberations included discussions about what kinds of financial restitution might be appropriate. Finally, a broad-based dialogue commenced between Georgetown and descendants of the 272 slaves. The two buildings would be renamed, admissions and financial aid considerations to descendants would be given, and a special Liturgy of Remembrance, Contrition, and Hope was celebrated April 18.

The Most Rev. Barry Knestout opened by likening the event to the recently-completed Easter Vigil. Both are acts of Christian devotion, thought, and action. We remember sin, we turn from it, and hop for restoration to friendship with God and our fellow man. Bishop Knestout’s prayer hung heavy in the air above the students, Jesuits, and descendants: “Free us from every evil.”

Scripture readings included psalms of lament. The 137th Psalm speaks of the pain forced exile and the agony of singing the Lord’s song after being forced off your land. Psalm 51, which notably is also used in the Ash Wednesday liturgy, acknowledges the heavy weight of sin and the impossibility of restoration without divine help.

Sandra Green Thomas of New Orleans addressed the assemblage on behalf of the descendants. “I have been away from Georgetown for a long time,” she began. “I have been away from the faith of my forefathers and foremothers — the Catholic faith — for a long time.” But it’s funny how they return. These teachings from youth return to form our decisions.”

Drawing on her experience of learning about the 272, Green said, “The pain is still here. It burns n the soul of every African American person in the United States. All African Americans have hungered and thirsted for the promise of America, but for so many of us, it has been scraps.” Contrasting the deplorable Christian acquiescence to slavery with the religious experience of many slaves, Green continued,

“What group in this country has demonstrated more faith in this country and in final communion with God in heaven, than African Americans? My race taught that heaven was only attainable through faith. For the 272, I believe their Catholic faith enabled them to transcend. They clung to it,  even when deprived of the opportunity to practice it, and passed it to subsequent generations.”

Emphasizing the distinctly theological aspects of the liberty, Mrs. Thomas graciously acknowledged the Jesuits’ penance: “The certainty of forgiveness after repentance and penance is not easy or self-serving. I realize I may be making some of your uncomfortable.” Indeed, Mrs. Thomas’  profound reflection, calmly but certainly delivered, noted that, “Penance is not just for public show. But penance is necessary. So we return to our ancestors’ how place offering forgiveness, and seeking justice, for them and for ourselves.”

The spirit of contrition continued as another descendant, Mary D. Williams-Wagner, read an excerpt from the Narrative of the Life of Ferederick Douglass: “What I have said against religion applies only to the white slave holding religion. I love the pure, peaceful, impartial Christianity of Christ. I therefore hate the…Christianity of this land.

The Reverend Tim Kesicki, president of the Jesuit Conference of Canada and the United States, delivered the homily: “How did the Society of Jesus fail? We betrayed the name of Jesus for whom our society is named.” Father Kesicki closed with an acknowledgement about restoration:

“We make bold to ask on bended knee your forgiveness. We have no right to ask for it. It is yours to bestow in your own time, in your own way.” –Fr. Tim Kesicki

Father David Collins, a historian who chaired Georgetown’s Working Group on Slavery, Reconciliation, and Memory, pointed to the personal and institutional meaning. “It is a very moving moment for me as a Jesuit who has been confronted with this history for the thirty years I’ve been in the order,” he told me. “Yes, apologies can sometimes be merely words, but these words, at least spoken, and in the context that we find ourselves in and have also worked so hard toward, we hear the opposite: Words are powerful. Words help the healing.”

All this matters because Georgetown rightly conceives of its burden in different terms than Harvard, Yale, Brown, and other once-Christian institutions that have grappled with their own troubled histories. Commonweal magazine editorialized in September 2016, “The steps Georgetown is taking now are bolder than any taken by these older non-Catholic universities. That is as it should be.”

But in today’s educational and political culture, Georgetown’s words and actions stand apart for being so explicitly theological. At every step, distinctly religious themes and intentions permeated Georgetown’s approach to reconciliation. Acknowledging past injustices and offering restitution is profoundly different than confessing sin and seeking forgiveness and reconciliation.

It was truly moving to behold today’s Jesuits’ contrition for sins that, in fairness, they themselves did not commit. The depth of sorrow and outpaces pro forma, bland institutional apologies. Likewise, I was struck by the descendants’ active consultation and participation in the entire process. Their ancestors were sold and displaced, and they graciously returned as honored guests. Many descendants gave interviews to news reporters about what the experience meant to them.

In addition, Georgetown’s work on reconciliation and memory comes at a time when the South’s Catholic history and culture is being more widely known. Generally thought to be a mostly northern and immigrant phenomenon, American Catholicism has a longer and deeper Southern history than many people know. And that history invariably involves slavery, the Church’s timidity about it, and its continuing legacy.

Other elite universities issued apologies and even attempted to pay some restitution. But Georgetown and the descendants of the 272 have done something altogether different.

Witnessing the Georgetown Jesuits and the descendants of slaves praying, singing, and breaking bread together seemed like a preview of heaven. It was a visible, tangible reminder that, in spite of its drawbacks, seeing the grand drama of human sin and reconciliation through the lens of Christianity reminds me why faith remains so compelling.

May 2, 2017
Undertaker to bereaved gay man: 'We don't deal with your kind'
Next Post

July 24, 2017 Catholics' and evangelicals' 'surprising ecumenism'
Recent Comments
0 | Leave a Comment
"Simple. His politics served Evangelical ends better than Hillary's did. The logical fallacy being projected ..."
Scot McKay Trump’s stunning admission about his evangelical ..."
"Your use of the term "homosexual" to refer to gay people, which is as offensive ..."
Self-Evident Truth Why opposing same sex marriage isn’t ..."
"i think it's a what we call "far right" in general thing and i think ..."
Brandon Roberts Why are white conservative Christians so ..."
"i personally feel people that it's bisexual with a different name however i also see ..."
Brandon Roberts Is fluid sexuality a Millennial thing?
Browse Our Archives
get the latest from
Progressive Christian
Sign up for our newsletter
POPULAR AT PATHEOS Progressive Christian
1 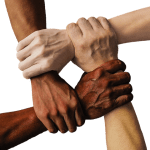 Progressive Christian
Forsaking whiteness: Is it possible? Would it help?
Capitol & Cathedral 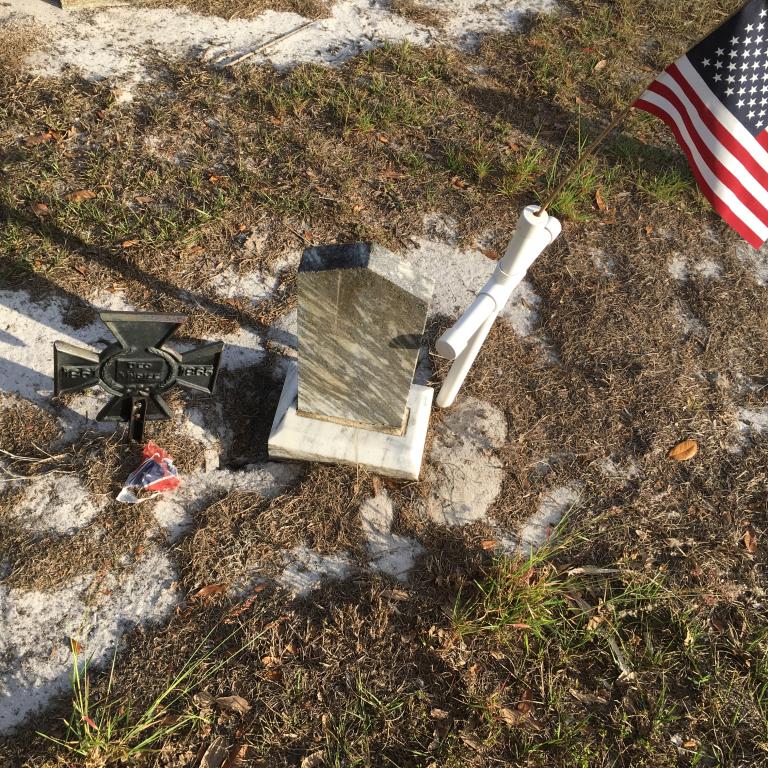 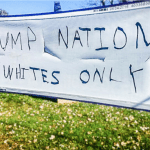