Confessions of a Catholic Anarchist in Trump’s America

Yesterday I had six hours of class—six hours that bought me a whole day to reflect on what was a night filled with conflicting and difficult emotions. In what follows, I will attempt total honesty about myself, about my feelings throughout election night. That may sound silly: who shouldn’t attempt to be honest? But after an election like this, it’s easy to collapse inner perturbations and surprises into a simple narrative. I refuse to let myself do that.

After that, I’d like to offer some thought—preliminary and, again, honest—about the future.

Confiteor: I experienced a certain giddiness when I saw Hillary’s numbers begin to slip. I imagined Bernie, half-slunk over, grinning. The collapse of guaranteed neoliberal victory stirred a smile.

Confiteor: Throughout the night, I clung to the hope that the results would mean a revitalized commitment to justice and the poor; despair was not yet in my soul.

Confiteor: My inner Millennial was rife with cynicism, rooted in a sort of irony. For example, I promised that if Trump won, I would listen to nothing but Joy Division until the end of the work week (I am actually doing this); I also had a funny sort of vision: President-Elect Clinton takes the stage as confetti streams down. “Love Will Tear Us Apart” blares over a silent audience.

Confiteor: As time went on the seriousness of what had happened began to dawn on me, and any sense of giddiness, any trace of detached mockery began to fade.

Why did I react in this way? Well, it’s no secret that I am not a fan of Trump; I’ve written about my voting third party more than once. I also deeply disliked Clinton for a number of reasons (abortion, foreign policy, the death penalty, and her career politicking particularly come to mind). But none of that explains a sort of ashamed giddiness at watching her numbers plummet; I was not pulling for Trump.

Sam Kriss, however, correctly, I think, explains why it is that people like me had the reaction they did:

I think I’m still in shock. When the sun rose this morning it was blistered with the face of Donald Trump, bronze and smirking hideous, and all I can think about is Hillary Clinton. It’s what I know. Throughout the entire election, one slow-motion clip of a clown car ramming into a crowd of pedestrians, I’d assumed that the danger of Trump and the danger of Clinton were of two different orders. Trump was dangerous because of what he said and what he represented, the waves of fascism and violence that rippled out from the dead plopping weight of his speeches. Clinton was dangerous because of what she would actually do, because Clinton was going to win the election. I was a sucker, the kind who gets duped precisely by believing himself to be too smart for any kind of con. I thought I saw through it all, the whole stupid charade, a coronation disguised as a battlefield. I was wrong. This was exactly what Hillary Clinton wanted people like me to think; she wanted to be an inevitability. And this is why Trump won: the presidency was Clinton’s to lose, from the moment she announced her candidacy, and she lost it. She was the only person who could. People don’t like taking part in someone else’s inevitability.

A “coronation disguised as a battlefield.” That is the essence of the thing. I never thought she would lose, and so I was setting myself up to be a critic, to spend the next four years having my little cynic’s cake and eating it too. She would sweep into office: prideful, corrupt, a warmonger, pro-choice, a neoliberal, pant-suited shill. I never had to contend with the idea that I would occupy the role of Trump critic: he would fade and the real work would remain to be done. The task was to be rebuilding the pro-life movement, proudly calling out Madame President as she drone struck people of color out of existence in the name of progress.

This was the initial giddiness, the self-satisfaction that comes from telling people working-class whites feel ignored, that cynically enjoys watching pride come before the fall. Again, Kriss:

She knew that she was electoral poison, that vast swathes of the country hated her and for good reason, that she was compromised by a miserable record spotted with sleaze and criminality, that she alienated the left, inflamed the right, and appealed mostly to a small coterie of sexually repressed and pathologically centrist think-tank nerds, that her entire constituency was made of limp cardboard and backlogged semen, that her candidacy raised the serious possibility of a Republican victory when anyone else would have beaten that divided and frothing party into insignificance with one hand tied behind their back – but she ran anyway.

But this couldn’t last. As friends—people of color, Jews, Muslims, and others—came to me yesterday and said: we feel threatened; we feel dejected, forgotten—in plain-English: wronged. Some will call them “special snowflakes,” but that’s to misunderstand; that’s to call a white worker a “special snowflake” because his job went to China and his children are on meth. It’s callous.

More than callousness, though, it betrays a misapprehension of human feeling. I have Jewish friends who fear for their status here, not because they think anti-Semitism is ubiquitous, but because its return in any shape is threatening. Friends of Hispanic ancestry worry about familial deportations, about the most fundamental unit of human solidarity being torn apart. Women balk at the idea that we’ve put a man charged with sexual assault, and notoriously misogynistic in language, into the White House.

You don’t have to agree that Trump is guilty to see how this could upset people, cause them real anxiety. Further, if you’re Catholic: how else can you respond but with love, with companionship? Families torn apart—call this a consequence, but regardless of political stance it is a tragedy.

And so, I now find myself stuck, preparing to disagree with a foe I never imagined could be relevant. My own pride has damned me. Let me cry: mea culpa, mea culpa, mea maxima culpa.

That said, my hope remains—I refuse to despair, and my belief that the abyss created by this election might yet beget a renewed politics of justice and love has not been squashed.

Very clearly, I may be wrong, but it is my belief that President Trump will be little more than a mildly less-interventionist, mildly-less free trade Republican. Take, for example, his plan for his first 100 days in office. Much here might upset people, and rightly so. But how much of it is different than what any Republican nominee would have had to support to come near the White House in 2016? Attacks on climate change prevention measures and Obamacare are par for the GOP course; regulation eliminations, a pro-life Supreme Court justice, and stricter immigration policy are nothing new. It is, yes, true that his party will have control of both legislative houses, but what does that really mean? This year has seen the GOP implode, and it seems naïve to me to expect that every Republican lawmaker will become a Trump-lover overnight. Even then, the Senate retains its ability to filibuster (though if it does, it must be careful: block his way too much and risk being scapegoated as obstructions to the new American course).

In my view, the truth is that Trump’s rhetoric, the ugly sort of xenophobia he’s allowed to resurface: these are the things to worry about, the things that separate this Republican presidency from any other. These realities also hamper calls for “unity,” a nice liberal idea, but unlikely to manifest itself magically after this contentious campaign: name-calling will continue. In other words, it’s the sociology of the situation that ought to upset; the realities of American politics are likely to remain bland, partisan, and unproductive. 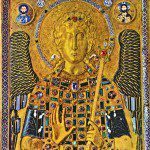 November 8, 2016
A Byzantine Prayer for Election Day
Next Post 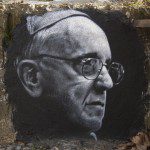 November 14, 2016 Communist Francis? Sure, Why Not?
Recent Comments
0 | Leave a Comment
Browse Our Archives
get the latest from
Jappers and Janglers
Sign up for our newsletter
POPULAR AT PATHEOS Catholic
1