Catholic Politics in the Age of Francis and Trump

Catholic Politics in the Age of Francis and Trump August 2, 2017 Chase Padusniak

As many of you know, an article in La Civilità Cattolica has stirred up a veritable tornado of responses. The piece, on its face, makes a point with which I agree: the alliance between Protestant fundamentalism, American conservatism, and Catholicism has become untenable (which is not to say it was ever meaningfully tenable anyway). The authors’ point, however, is marred by a deficient understanding of why and how this synthesis has broken down. Ross Douthat, himself often associated with the conservative-fusionist wing of American Catholicism, dissects the problem expertly:

[A] result a sense of disillusionment and homelessness among Catholic thinkers — younger ones, especially — has increased. It isn’t just that old 20th century approaches to Catholic politics — both the ethnic-Catholic liberalism of a Mario Cuomo or a Ted Kennedy and the Catholic neoconservatism that shaped figures like Jeb Bush and Marco Rubio or Paul Ryan — seem like they’re out of energy and influence. It’s also that Western liberalism writ large seems at once hostile to traditional religion and beset by internal contradictions, making the moment ripe for serious Catholic rethinking, a new and perhaps even post-liberal Catholic politics.

So far that new thinking includes revivals of radicalism on the Catholic left, where people pine for a pro-life Bernie Sanders and flirt anew with baptizing Karl Marx. It includes the lively debate over Rod Dreher’s recent book “The Benedict Option,” with its insistence that politics cannot save American Christianity and that some form of cultural separatism is essential for religious renewal. And it includes the various Catholic responses to Trump and to the revival of European nationalism — some of which imagine that out of the crisis of Western liberalism a new or different integralism, a more fully Catholic politics, might eventually be born.

Douthat is clear: once Integralism reigned in the Church; once the spiritual sword was thought to dominate the temporal one. In short, being a good Catholic meant working for a Catholic government (incidentally, this often meant monarchy, though there is no intrinsic connection between monarchy and Catholicism per se—the bond is historical). Before and up through Vatican II (and he concedes that it was for good reasons), the Church began to support a more liberal approach: use secular states to Catholic ends. Hence Pope Benedict’s famous words about the compatibility of social democracy (think European-style welfare states) and the Faith. The Church adapts on non-dogmatic questions; this is nothing new (simply think of pre-Constantinian Christian views of government v. later ones).

Today, however, liberalism is facing a crisis (and here I am using liberalism in its most capacious sense—one that includes both Democrats and Republicans, classical liberals and contemporary ones. More on that here). This does not mean it will disappear. It—like its economic underpinning, capitalism—may yet adapt. But whether it’s in academia, on the internet, or even in national politics, a moment of struggle has been reached. Douthat sees this and, nodding to another article from the Week, notes in passing that this has produced political homelessness among many Catholics.

He’s right. And this is precisely what so many responses to the anti-fusionism article have missed. Take, for example, this Crux piece written by Steven A. Krueger, the president of Catholic Democrats. I have no doubt that Krueger is a fine man and probably a very good Catholic, but his institutional allegiance betrays him. The reason for the current crisis is precisely that the Democrats have failed to produce a meaningful alternative for most Catholics who do not wish to turn to the GOP. One could argue, in fact, that Trump won, in part, because the liberal platitudes of past Republicans had begun to ring hollow. To paraphrase a tweet I saw recently: “All politicians are liars; at least Trump is honest about it.” Democrats have not provided a more convincing at least quasi-illiberal candidate; they couldn’t even get behind Bernie Sanders.

The issue is thus not the illiberalism of the fundamentalist-Catholic-evangelical-etc. alliance. No. In fact, many of its prime players are libertarians, quasi-libertarians, or American Exceptionalists (and there’s nothing illiberal about loving the original liberal country). These are people who decry transgenderism in terms of childrens’ rights to privacy; these are people who invoke “free speech” at every turn. In short, these are fundamentally-liberal lexica, terms that do not get used by the two most-familiar forms of illiberal: Communists and Fascists.

The failure, rather, is thus that only the American Right has produced a semi-illiberal alternative to the existing state of things (in Trump, but also in the half-liberal Catholic online world of places like ChurchMilitant and LifeSiteNews). Similar movements on the Left have emerged or re-valorized—most notably the Democratic Socialists of America—and some have even come out of the Catholic Left itself—the Tradinistas for one. 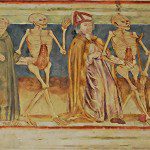 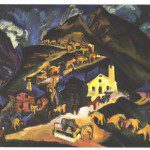 August 7, 2017 Distracted Prayer
Recent Comments
0 | Leave a Comment
Browse Our Archives
get the latest from
Jappers and Janglers
Sign up for our newsletter
POPULAR AT PATHEOS Catholic
1