I already am eating from the trash can all the time. The name of this trash can is ideology. The material force of ideology makes me not see what I am effectively eating. (The Pervert’s Guide to Ideology)

The point is that ideology is something we’re always embroiled in; it’s a way of perceiving the world that structures how we receive further information. Hence two Catholics can see the same event but interpret it in totally different ways, toward totally different ends, merely because their assumptions (even if both based upon orthodox teaching) are different. Here I am not talking about dogma, about, say, the fact of the Resurrection, but about politics, about everyday social issues (an example might be a homeless person on the street. Pope Francis says we always ought to give, that this is the Christian way; others, largely drawing on certain liberal conceptions of human agency, tend to foreground the possibility of something like drug use as a way of prudentially arguing against giving so freely. Or they tend to approach the question in more utilitarian terms).

I have my own reasons for thinking that one of these views is right, but the point is that there are many faithful ways to approach the variety of questions that confront us in everyday life (some views, of course are forbidden, though it is important to discern wisely which these are—we are not the Magisterium). These differences may cause debates (and those debates may become heated), but they should be treated as just that—debates.

Why bother bringing this up? Am I simply interested in seeing a kinder, less angry Catholic world? In part, yes. I do believe that we are called to charity and to humility, and that, ultimately, the ways we defend our own positions often result in spiritual debasement (mea culpa). But there’s a more pressing reason. Recently, I’ve found myself confronted by a number of Catholics who have left the Faith (take, for example, this recent example from Donna Provencher. Her story is harrowing and in no way do I mean to detract from the bigger issues it addresses by merely picking out one small portion). Ms. Provencher hits the nail on the head (at least in terms of how and why many people leave):

I grew up very, very conservative. My parents were hard-line, knee jerk, republican, homeschooling Catholic conservatives. I went to Christendom College and encountered a lot of hypocrisy, spiritual abuse, and invoking the Holy Spirit as a cover for bad behavior and mistreatment of people. I didn’t like it!

I had spoken to a friend who works for the Register earlier this year. He said, “I think you’ve been fed this very specific definition of what Catholic spirituality looks like, and you’ve rejected it on those grounds. But there’s room for Oscar Romero spirituality, and Dorothy Day.” He considered me a “rebooting Catholic,” not a fallen-away Catholic.

That “specific definition” whether viciously conservative or limply liberal often alienates people from the Church. They tend to identify the ideological parameters they’ve come to know with the entirety of Catholicism. In short, their experiences with particular (and often over-zealous) forms of the Faith leads them to reject the entire thing wholesale rather than recognize that reasonable people will disagree (sometimes ferociously) about how the teachings of Christ ought to find application.

We as Catholics must take note of this. When we raise children, we ought to be clear about why we think certain views are consonant with Catholicism. We ought to let them know that we are fallen beings and that, unless there’s an ecumenical council or the issue has already been decided by the Magisterium, that our ways of living are not necessarily the only valid ones. To do otherwise is to run the risk of leading our own astray, or worse, of tempting God with the sin of pride.

Catholicism is, in this sense, a big tent. Of course, Scripture has its own way of putting all this (again more eloquently than I ever could): 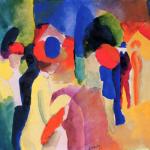 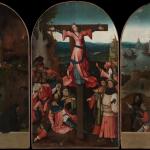 December 4, 2017 Freedom: A Vexed Question
Recent Comments
0 | Leave a Comment
Browse Our Archives
get the latest from
Jappers and Janglers
Sign up for our newsletter
POPULAR AT PATHEOS Catholic
1

Introducing Veronica Roltgen: You're Not A...
The Shoeless Banshee: Meanderings Beyond the Pale
Related posts from Jappers and Janglers