This time of year, we’re all thinking of time: Father Time, New Year’s Resolutions, Bucket Lists, etc.  Actually, by this point in the year, we’re often regretting the fact that we’ve already given up on our New Year’s Resolutions.  Some of us are participating in special prayer events or fasts that our Churches facilitate at the beginning of each year.  With the New Year comes a fresh new start, the possibility of change, and the opportunity to reflect on what really matters in life.

Perhaps Paul was thinking along these lines when he began to close his letter to the Galatians.  How are we spending our time?  Are we taking advantage of every opportunity?  Are we taking advantage of every opportunity with those who matter?  We’re going to look at a couple of verses that Paul uses to bring out the sacredness of time.
Galatians 6.9: Let us not become weary in doing good, for at the proper time we will reap a harvest if we do not give up. (NIV)
Paul wraps this verse with the challenge – don’t give up!  He starts with, Let us not become weary in doing good, and ends with if we do not give up.  In the original language, weary means to be utterly spiritless, to be wore out or exhausted.  Give up is from the same word group as weary and is actually closer in meaning to faint (as found in the KJV).  Both weary and faint are used of laborers who become exhausted in their work.
Paul says we can become weary and faint in the Lord’s work.  We can faint, pass out spiritually, give up, and give in to apathy.  This is a call to persevere, to endure in the Lord’s work.  If Paul were speaking today, he might say the Christian walk isn’t a sprint, but a marathon, so pace yourself!  The Lord’s work, doing good, is a sacred trust so don’t give up!
The reason we don’t give up is because at the proper time we will reap a harvest.  The NLT reads At just the right timeand the KJV says for in due season.  This implies that it will happen in your time, when it’s best for you.  When who says it is best for you?  We often think we know what time is best for us, but we must keep in mind that God determines our season.
What is this time or season of harvest?  In the Greek, the word is kairos.  There are two main words for time in the Greek – chronos and kairos.  “Broadly speaking, chronos expresses the duration of a period, kairosstresses it as marked by certain features . . . Chronos marks quantity, kairos, quality.”[1]  Chronos explains the order of time, kairos the divine plan for time.  Paul is saying there is a divine season.  God has a plan. 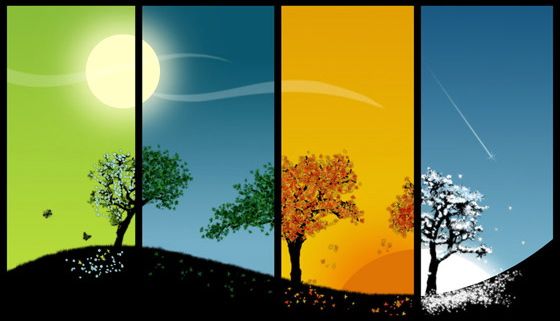 At the proper time – in due season, in kairos, in God’s divine plan – we shall reap.  This is more than methodically sowing seeds in the spring and reaping in the fall, or giving a little money and expecting great return.  That mindset for spiritually sowing and reaping is shallow.  God is involved as we work the fields, and He will produce a spiritual harvest.
Paul is returning to the spiritual sowing and reaping of Galatians 6.7-8.  Galatians 6.7: Be not deceived; God is not mocked: for whatsoever a man soweth, that shall he also reap.  8: For he that soweth to his flesh shall of the flesh reap corruption; but he that soweth to the Spirit shall of the Spirit reap life everlasting.
Don’t give up sowing good!  Do the Lord’s work!  Plant good seed!  Trust His sacred timing, and He will bring about your season of divine harvest!  We may take for granted the fact that time is in His hands, but do we really believe that our lives and times are in His hands?

January 16, 2012 Kairos: Sacred Time, part 2
Recent Comments
5 Comments | Leave a Comment
Browse Our Archives
get the latest from
Jared Ingle
Sign up for our newsletter
POPULAR AT PATHEOS Evangelical
1 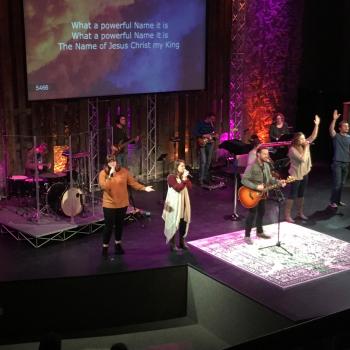 Evangelical
regarding the People of God and Christian Living...
Jared Ingle 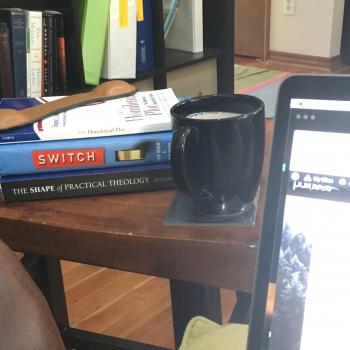 Evangelical
The Year I Only Read 6 Books
Jared Ingle 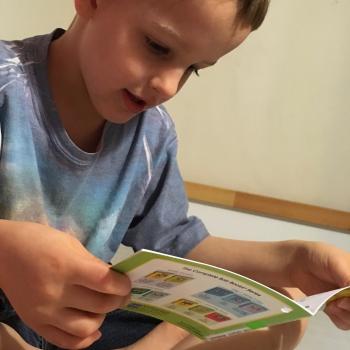 Redemption Story: the Father Effect [video]
A new video published online tells the story of John Finch's journey...
view all Evangelical blogs
What Are Your Thoughts?leave a comment