The cost of following Jesus: many followed Jesus during His ministry.  Not all people were real disciples, but the excitement was palpable.  Many were being healed of diseases and set free from evil spirits.  Food was manifested, since the crowd had forgotten to bring their picnic supplies.

Jesus was being pressed from all sides.  The crowd was large and demanding.  No wonder a boat was the answer as Jesus needed some peace and quiet.

So take a look at this Scripture (or watch the vlog) as Jesus describes Himself as the Son of Man.  There’s a background to this from Daniel, who had a night vision that gave him great pause and trepidation.

Jesus’ favorite term for Himself was Son of Man.  He’s the glorious King, the Judge who is to return and establish His Kingdom on Earth.

Now the angel of the Lord came and sat under the terebinth at Ophrah, which belonged to Joash the Abiezrite, while his son Gideon was beating out wheat in the winepress to hide it from the Midianites. Judges 6.11, ESV

i. Let’s look at the players in this story

Gideon means hewer of feller.  Connected with the root word, it means cutter down.  Its most likely application is a warrior who cuts the enemy down in battle.  So, contrary to popular opinion, it’s possible that Gideon has already established himself as a warrior

We see frailty in this conversation, like we see in the call of Moses or Isaiah

However, sometimes the best man for the job is not looking for it.  Instead of listening to Gideon, listen to what God says about him:

Like Gideon, I believe we face a contradiction.  Gideon says “Where’s the answer,” God says, “You’re the answer!”  Does God have a higher opinion of us than we have of ourselves?  Do we seek for answers, when God wants us to be the solution?

That night the Lord said to him, “Take your father’s bull, and the second bull seven years old, and pull down the altar of Baal that your father has, and cut down the Asherah that is beside it and build an altar to the Lord your God on the top of the stronghold here, with stones laid in due order.  Then take the second bull and offer it as a burnt offering with the wood of the Asherah that you shall cut down.” Judges 6.25-26

The Midianites are making raids on the Israelites, so God calls Gideon to war.  Here’s the curveball.  Why is Gideon’s first act of war to cut down a statue, an idol?

Let me ask, why would God deliver people who are worshipping idols?

Are these the people of God?

Are we the people of God?

If God tells Israel to cut down idols, what does He expect of Christians?

Is God wanting to do something new, but He’s waiting on us?

It gets worse.  The idol is in the town square and belongs to Gideon’s dad.  Gideon’s dad is a town leader, worshipping Baal and Asherah.

It’s risky to go against someone’s father publicly for any reason.  Going against your dad risks public shame, disinheritance, and banishment.  So Gideon works by night, but the town finds out anyway:

So Gideon took ten men of his servants and did as the Lord had told him. But because he was too afraid of his family and the men of the town to do it by day, he did it by night.  When the men of the town rose early in the morning, behold, the altar of Baal was broken down, and the Asherah beside it was cut down, and the second bull was offered on the altar that had been built.

And they said to one another, “Who has done this thing?”

And after they had searched and inquired, they said, “Gideon the son of Joash has done this thing.”

Then the men of the town said to Joash, “Bring out your son, that he may die, for he has broken down the altar of Baal and cut down the Asherah beside it.” Judges 6.27-30

Gideon is not just risking public shame with his dad.  Gideon seems to be risking his life to obey the Lord.

When was the last time we took any type of social risk to obey the Lord?

Or when was the last time we took a stand against sin?

When was the last time we purified our homes in God’s sight?

iv. Gideon’s dad Joash steps up to the plate

But Joash said to all who stood against him, “Will you contend for Baal?  Or will you save him?  Whoever contends for him shall be put to death by morning.  If he is a god, let him contend for himself, because his altar has been broken down.”

Therefore on that day Gideon was called Jerubbaal, that is to say, “Let Baal contend against him,” because he broke down his altar. Judges 8.31-32

Gideon’s dad says “If he is a god, let him contend for himself.”  By stating that Baal is not a god, Joash points us back to God.

v. Early Church Fathers teach this as a purity story for Christians

Gideon’s father’s bull was to be sacrificed to the idols.  Gideon substitutes his own 7 year old bull in a sacrifice to God.  This shows that the sacrifices of the Gentiles are to be put away.  The one-time sacrifice of the Lord is the only sacrifice for redemption.[2]

Gideon has already made another sacrifice to the Angel of the Lord (see verses 19-24).  The Early Church teaching is that the flesh of the lamb refers to the deeds of the flesh.  The broth is the desire for evil, the flow of evil thoughts.  The fire of the sacrifice comes from the Angel just like the fire of purification of every deed and thought comes from the Holy Spirit.[3]

This story stands on it’s own.  Make the right sacrifice, then be free from Midian.

As Christians, we make the right sacrifices, leading to purity and sanctification.

vi. The language about the Spirit is fascinating

Now all the Midianites and the Amalekites and the people of the East came together, and they crossed the Jordan and encamped in the Valley of Jezreel.

But the Spirit of the Lord clothed Gideon, and he sounded the trumpet, and the Abiezrites were called out to follow him. Judges 6.33-34

Stanley Horton asserts, “The Hebrew can only mean that the Spirit filled Gideon.  Gideon did not put on the Spirit, the Spirit put on Gideon.”[4]

Do we need to get victory over idols before the Spirit fills us?

Thank You for providing peace and wholeness for us in these difficult times that we face.  Thank You for using this time to remind us of the true blessings that keep our life in Your peace, like our walk with You, our vital relationships with family and loved ones, our place in the community of faith.

Help us now to destroy our idols, anything that stands in the way of Your top priorities for us.  May we experience victory, enjoy Your peace, and live in a closer relationship with Your Holy Spirit.

We ask in the name of Jesus Christ our Lord, the Son of God.  Amen 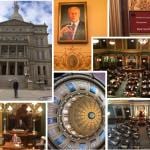 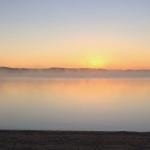 May 1, 2020 Michigan's Dilemma | Balance of Power
Browse Our Archives
get the latest from
Jared Ingle
Sign up for our newsletter
POPULAR AT PATHEOS Evangelical
1

Does the Bible teach that women...
Determinetruth
Related posts from Jared Ingle

Evangelical
on all the Gifts of the Spirit
Jared Ingle 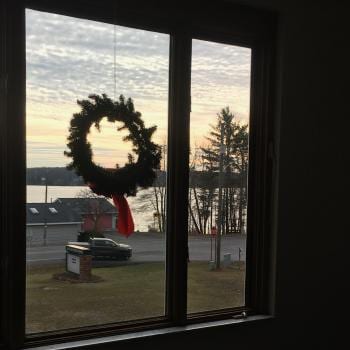 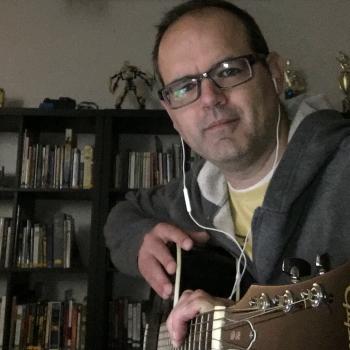 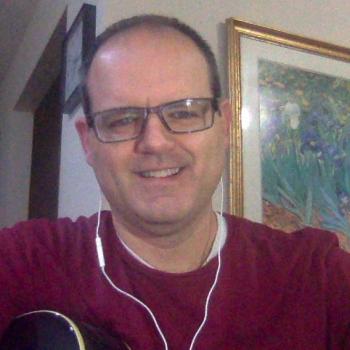