Over the course of the last week, I’ve had some unexpected political conversations with people that I rarely talk to about politics.  I seemed to walk right into it.  It’s probably because I posted a rare political post, if you want to look at it as political.  To view that post CLICK HERE

I’ve tried to scale back a little bit:

First of all, I want to make something clear.  I’m not a political pundit, analyst, or journalist.  Political science is different than social science or Theology, my areas of expertise.

Second, I have eased up with the political posts on Facebook.  However, I’m using LinkedIn to keep track of most articles that peak my interest.

Nonetheless, the situation seems unique in our state.  So there are still good reasons for posting again on Michigan’s Dilemma.

First, these issues are not going away

A quick look at Google Trends shows that among the top searches in Michigan are: Michigan (i.e. Michigan news), Coronavirus, news, unemployment, and Detroit.  Anyone familiar with our state’s plight does not need to ask why these all are in the top 10 queries during the last 30 days.

Second, like last week, this is not front-page news

I have limited access to news.  I don’t have cable.  Yes, my family still survives.  We do have the internet, so I can look up news, and I do so often.  However, this is not front-page news.

I’m having to dig a little to find the headlines I’ve been sharing, both last week and this week.  I’m not sure who is pushing the agenda in the mainstream media, but I’m starting to think there are some stories that someone doesn’t want the general populace to come across.

Third, some big decisions will be made next week

For those who are catching up, Governor Whitmer called for a state of emergency and started issuing executive orders, as many governors did.  However, according to Michigan law the state of emergency has a time limit without further approval from the Legislature.

When the time was up, Governor Whitmer sought to extend the state of emergency until late June, but the Legislature only agreed to extend it until April 30th.

Fourth, I’m not sure whether we have a right or a rite to speak out as Christians

Our Lord commands us to be salt and light, at the very least (see Matthew 5.13-16).  That means we have a higher perspective to offer, not just in church, but also in the public square.

Let’s not forget that our nation’s founding fathers listened closely to the preachers of their time.  Public policy was affected by the influencers in the pulpit, as much as by anyone else.  Don’t let revisionist history fool you.

Do we need to pray?  Yes, we need to pray with all of our energy.  The Scripture instructs us to pray in many passages like the one in this Facebook (FB) post.  However, we are living in a different time than the First Century Church in one respect.  We have freedom of speech.

Can we pray for our leaders, but still speak out in a way that honors the Lord?  I certainly hope so.

You’ve probably seen this type of map before.  This one only reports the cases, not the actual deaths, attributed to the virus.  We see a vast differences between the counties of Michigan, regarding the amount of cases per county.

Take a 2nd look at the numbers

This piece compares the research, and comes up with findings that are quite different than what is being reported by some news sources.

“Then this information is entered into a Democrat database.  This is the essence of a violation of public trust. It would have been paid for with taxpayers’ dollars.  It is medical information that is supposed to protect people.  This woman does not belong in office!” – Judge Jeanine Pirro

These are some of Judge Jeanine’s comments on Gov. Whitmer’s unethical activities during a recent Tucker Calrson episode.

Is there another way?  For weeks now, the Michigan Legislature has been saying there is in fact another way.  This Monday, they released a plan.  They are also calling upon the Governor to collaborate a little more as we approach April 30th.

“Michigan’s Comeback Roadmap” (2 pages) was released by the Michigan House of Representatives on Monday.

We are awaiting a decision on April 30th, when the Legislature reviews Gov. Whitmer’s stay-at-home order. Hopefully the Legislature and the Governor can iron out their political differences and work in tandem.

Speaker of the Michigan House of Representatives

Lee Chatfield, Speaker of the Michigan House of Representatives, explains the rationale behind the new proposal “Michigan’s Comeback Roadmap.”

The interview has a lot of information, and a 3-Tiered regional approach to opening Michigan back up.

“. . . Detroit is passed its peak.  These trends demonstrate that our progressive strategy to battle the virus is working, and that more states will soon be in a position to gradually and safely reopen.” – President Donald Trump

“Detroit is passed its peak” means that we can hope to start planning accordingly.  Will Michigan open back up on the 30th?  I doubt it.  Will everyone in Lansing get along and work out a plan by the 30th?  I don’t know, but I hope this statement by our President tonight doesn’t get overlooked as we make our decisions.

Why Detroit?  The vast majority of our COVID-19 cases are in the 4 counties in and around Detroit.  Our decisions seem to be hinging on that city, rather than on the regional response that has been discussed by our House of Representatives.

I close with one of my opening points.  We have a voice in America, something the Early Church did not have in Roman society.  We have freedom of speech in America, a right that many other peoples and nations do not enjoy.

As Christians, we not only have rights, we have rites of worship.  The way we lift our voice in church and society means something.  It means something to those around us, and it means something in the courtrooms of Heaven.  How are we speaking about the situations we’re facing?  Are we seeking and sharing truth and wisdom?

God won’t answer to the political establishment, to the medical field, or to the new social norms that we’re making up as we go along.  God doesn’t have to answer to anything or anyone, but we will each answer to Him.

If you don’t feel like He’s directing you to speak out in this type of way, I respect that, I really do.  That’s between you and Him.  However, He may hold you accountable for whether or not you’re using this season to draw closer to your family, those you care about, and your neighbor.

Whether you’re speaking in the public square or simply encouraging your neighbor, please be salt and light.

April 26, 2020 Reading & Message | Gideon's Risk
Browse Our Archives
get the latest from
Jared Ingle
Sign up for our newsletter
POPULAR AT PATHEOS Evangelical
1 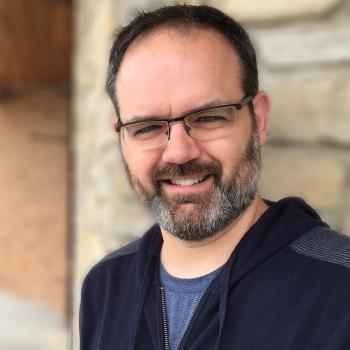 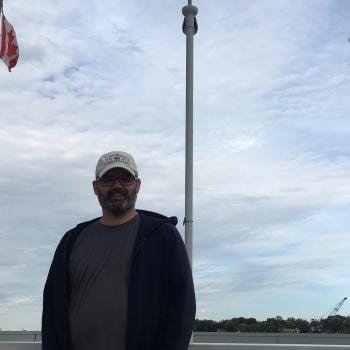