Decolonizing Jesus? : Is this a joke?

Decolonizing Jesus? : Is this a joke?

While I’m sure they mean well, I’m also sure that they are misguided at best.  Lately, I have stumbled across multiple white folk posting about the need to decolonize Jesus.  On it’s face, the sloganeering seems incredibly positive.  I mean who wouldn’t want all of the isms purged from theological manifestations adopted as canonical by the western church. The problem is that the phrase ” Decolonize Jesus” will never get you there.  The reason is that it is just as colonial as what it is trying to fix.  Initially, I thought that this might be an issue of semantics.  However, it’s important to remember that words matter.  In fact, it’s important to remember that words are what got us into all of this bullshit in the first place.  To declare that Jesus was colonized is to give the colonial more power than they deserve.  For white folk to assume that such a power is inherent is to adopt the isms that they are trying to push back against.  Quite frankly, the message of Jesus situates the marginalized and oppressed as the judge not the victim.    For centuries, Jesus has given power to the powerless…and you can’t erase that by giving power to the colonizer that they could never obtain.  Let’s make it plain.  White folk can’t decolonize Jesus because they could never colonize Jesus in the first place.  Perception is not reality.  Reality is reality.  The phrase “Decolonize Jesus” is a joke…not because it’s creators don’t mean well…but because it falls far short of the mandate to love our neighbors…especially our marginalized and oppressed neighbors.  The colonial doesn’t get to name who or what was colonized.  This seems to be yet another abuse of the colonial mindset.  Though Jesus…and many other people… were abused by colonialism…that doesn’t mean that colonialism got the victory…especially the victory of definition.  The message of the Cross is that colonialism cannot win and will never win.  So, don’t decolonize Jesus…decolonize yourself…especially the assumptions inherent in your language.   The uncolonized Jesus will meet you there. 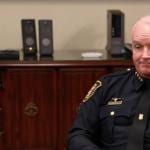 January 26, 2020 The Power of Social Ethics / On Robin Lovin
Recent Comments
0 | Leave a Comment
Browse Our Archives
get the latest from
Jeff Hood
Sign up for our newsletter
POPULAR AT PATHEOS Progressive Christian
1