Defund the Police? Skepticism in a Time of Sloganeering.

Defund the Police? Skepticism in a Time of Sloganeering. June 14, 2020 Jeff Hood

Defund the Police? Skepticism in a Time of Sloganeering.

The days are unkind…hopeless…evil. Just when you think you’ve seen the last video for a little while…another officer kills another citizen. What are we to do? The situations are not always the same…but they deliver the same indictment. We train our officers to kill and then expect them to not to kill in the field. We can’t have it both ways. Violence births violence over and over again. We created this monster. We have birthed the violence that is modern policing. So… How do we kill it? Defund the police?

Some of the things that I’ve been told…

“If they start taking away officers…whose neighborhood do you think they are going to take them out of? They ain’t going to shortchange all those rich white neighborhoods. Nope… What am I supposed to do about the crack house next door? We don’t need a damn psychologist for that shit…we need somebody to come down here and lock their asses up. I am all about reforming the police…but don’t start defunding and take away any remote sense of safety that I might have. I’m 82 years old. I can’t do it by myself.”

“The young black folk that come to work here at PD do so because this is one of the best paying jobs that they are going to get. I know…because I was one of those young black folk at one time. I didn’t have anywhere else to go. Are you going to take that opportunity away from many of the marginalized and oppressed people that you claim to want to save? Defunding is going to hurt the people that look like me the most.”

“It wasn’t a few months ago that activists were calling for more police. Do you think that things are going to get better with less money? It is inevitable that certain communities will experience more oppression and marginalization if we go down this defunding route.”

“Gay men can’t even walk to their apartments at night. While everyone is out there chanting for the police to be defunded…I am out here getting my ass beat for my wallet. If their chants become reality… Who’s going to be there for us?”

“‘Trans Women of Color Matter.’ So, who is going to help us solve all of these murders?”

I hate the police. For decades, officers have been allowed to function with impunity. Drastic reform is long overdue.   Hiring must be centered on rigorous psychological evaluations. Training must focus on deescalation techniques. Functioning must constantly be evaluated by the highest moral/ethical standards. Departments need to hire psychologists…social workers…local experts…and all sorts of other persons to help engage communities in positive ways and stunt violence before it starts. Surplus military equipment has got to go. There is no reason for citizens to be gassed in the streets…ever. The problem is that a considerable amount of the reforms that people have called for…cost money. While I love the idea in theory, I just don’t understand how all/any of these reforms could happen by defunding the police. I am all about taking hard looks at budgets and moving money around to use it in more progressive ways…but I am not interested in defunding…or even abolishing…type actions that cause the marginalized and oppressed to suffer more than they already have. While I realize that “Defund Police Culture” doesn’t sound as good as “Defund the Police”…but I think that is exactly what we need to do. In fact, I think that’s the only path to create a just society while truly protecting the most vulnerable amongst us. 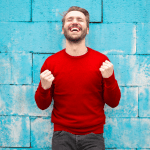 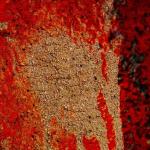