The world is not ending…unless we destroy it.

Down on her luck, all the woman had was WIC tonight.  Eventually, she made it to the milk.  The kids were screaming.  Looking at the shelves, all of the WIC-approved milk had already been bought (the program controls what you can buy).  Trying to control her emotions, she pushed on to the rice.  The woman turned the corner.  Down at the bottom, there was one small bag of WIC-approved rice.  Wondering how she was going to feed her kids, she pressed on.  Growing weary, the woman decided to make one last stop at the dried beans.  When she realized that all of the WIC-approved beans were gone, she broke down in tears.  Trying to keep it together, she went to the checkout line to get the small bag of rice.  She couldn’t help but notice that everyone using cash/credit seemed to have their carts full of WIC-approved items.  The woman was incredulous that people would take all of the food from the poor so that they could have more.

Our ethics will determine if people starve in a time of COVID-19.

Struggling, a family with multiple medical issues was unable to pay their utility bill for a considerable amount of time.  Eventually, the city came and turned the water off.  Though people kept saying that they didn’t think anybody should worry about their utilities right now, nobody stepped up to help.  The family faced the difficult decision of leaving the house and exposing themselves to the virus or functioning without water.

Our ethics will determine if people thirst in a time of COVID-19.

Our ethics will determine if people are homeless in a time of COVID-19.

Stores were closed to prevent further spread of the virus.  A young mother was unable to find clothing for her newborn.  All she had were the few articles that she brought home from the hospital.  While the woman washed what she had, the infant had to go naked.  Repeatedly, people told her that they had clothes for her…but nobody was willing to leave the house for fear of the virus.  The infant was left to go naked.

Our ethics will determine if people have clothes in a time of COVID-19.

For the fourth time, a man was arrested for a DUI.  This time, the bond was too high.  There wasn’t going to be a quick out this time.  Over the course of a few weeks, other prisoners started getting sick.  Then, the virus came for him.  The man knew that nobody was coming to help an outcast like him.  Dying, he couldn’t get help but think, “Since when did a DUI carry a death sentence?”

Our ethics will determine if prisoners/outcasts get to live in a time of COVID-19.

The ER was a nightmare.  Pushing.  Screaming.  Fighting.  Hurting.  The elderly man did the best he could to make his way to the front.  Once he told them that he had the virus, he was led to a chair.  The man seemed to grow sicker with each passing second.  Right in front of him young people kept on being escorted back to rooms.  Finally, a nurse came over and told him that they wouldn’t be able to treat him because he was too old.

Our ethics will determine if all lives are valued in a time of COVID-19.

The world is not ending…unless we destroy it. 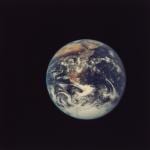 March 20, 2020
Did you create Coronavirus? / Just Take Me Back to Genesis
Next Post 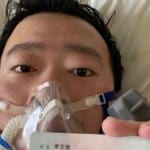