The Execution of God: Excerpts: Condemnation and Hell

“There will be silence!” “Sit down! Sit down!” “The charge is murder!” Death is natural. Murder is not. Do you recall the execution of God? You were there. So was I. We witnessed it all.

We watched God being led into court. We heard the incriminating testimony. We listened to the damning details about God’s past.

We cringed at the description of the crime. We wanted the demise quicker than the law would allow. The guilty verdict moved us.

The sentence sent us into a pandemonium of elation. “Death!”

In time, we forgot about it. Later, we rediscovered the joy of murder in the days leading up to the execution. We told everyone that death was too lenient. We watched as God was led into the chamber and strapped down. We saw the needle draw blood. We were thirsty for more. We listened to God’s surprising words of forgiveness. We watched the poison flow. We waited to feel better.

We didn’t. We felt empty. The execution of God only made us worse. God was dead. Who would save us now?

It wasn’t no suicide

Look, isn’t it plain to see

It could’ve been you or me

“Do you actually believe that God commands us to kill people?” I asked.

“Not only do I believe it, I want our nation to practice it,” he responded.

I continued: “So, you’re saying that you believe that the death penalty is a tool of God? What does that have to do with a God of love?”

“Love sometimes means that you have to kill.”

I tried again. “Does God have to kill?”

“God is punishing our sin. In many ways, God is just following our lead on killing.”

That’s what I believe in.”

“You are going to end up loving you some hell.”

I’ve had this conversation a million times. People defend the death penalty by using stories of genocide and other atrocities to turn God into a monster. Let’s turn our eyes to God.

Wipe them off the scrolls

Until the bodies drop 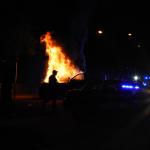 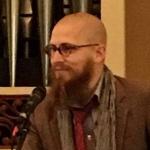 September 21, 2017 Morgan Guyton: An interview with Jeff Hood, author of The Execution of God
Recent Comments
0 | Leave a Comment
"Overpopulation has been our greatest sin: it makes human life cheap and dangerously overabundant, and ..."
Jennifer A. Nolan Eschatology: a Forgotten Theology for Our ..."
"It’s really not so much a question of selfishness as waiting your turn. Yeah, rich ..."
Silverwolf13 The Vaccination Ethic.
"No, his death accomplished nothing.May the LORD have mercy on the poor man's soul--as I ..."
Cletus Safari 6 Years Ago // Don’t You ..."
"Taylor-Green is Bachmann's even-more-evil twin sister."
Ocelot Aardvark Congresswoman Majorie Taylor Greene, My Former ..."
Browse Our Archives
get the latest from
Jeff Hood
Sign up for our newsletter
POPULAR AT PATHEOS Progressive Christian
1