Recently, the Cooperative Baptist Fellowship reaffirmed their deeply ingrained homophobia. Repeatedly, the CBF has failed to champion inclusion and equality…just like their counterparts in the Southern Baptist Convention. What a bunch of spineless cowards. God has left the CBF and anyone with a shred of conscience should too.

On this occasion of dumbassticity, I wanted to share something I wrote about the CBF 2 years ago (February 15, 2016). Back then, I got message after message from CBF and their supporters threatening me to take this post down or face this and that. I didn’t then and I won’t now. Somebody has to show some courage.

“Our church voted to leave the Southern Baptist Convention this past Sunday.” Overhearing Charlie’s comment, I immediately replied, “Why did y’all do something dumb like that?” Even though our whispers were escalating, we hadn’t yet caught the attention of our history teacher, Mr. Jones. “Most folks in our church wanted to ordain women.” I was absolutely incredulous. “Which one of the liberal denominations did you join?” Charlie looked at me dead in the eyes and said, “THE Cooperative Baptist Fellowship.” “Well, you might as well have been handing out free tickets to hell in the process. What’s next? Homosexual ordination?” Angered, Charlie shouted, “You’d better take that back. The Cooperative Baptist Fellowship nor our church would ever in a million years ordain no faggots.” Mr. Jones raised his head and yelled, “Pipe down or you’ll be joining me in detention.” When I saw Charlie at our high school reunion a few years ago, he told me that his church was still proudly in the Cooperative Baptist Fellowship and ardently opposed to the participation of gay people in church or denominational life.

“The snow sets this place off.” I don’t know who I was talking to. I was alone. Maybe, I was talking to God. Maybe, I was just crazy. Who the hell knows? Regardless, The Southern Baptist Theological Seminary is a majestic place. The year was 2007 and the President was one Dr. R. Albert Mohler, Jr. That’s right, I was educated within the Southern Baptist Convention long after moderates lost control of the denomination and left. A short time into my tenure, I got a phone call that would change my life. For many years, my mentor served Southern Baptist churches and his last church was affiliated with the Cooperative Baptist Fellowship (CBF). Though he was unquestionably more progressive, I spent many years learning from him. Picking up the phone, I heard the familiar voice of my mentor tell me that he was dying. I traveled through the night to get to him. When I arrived at the house, I walked past his family into his room. Arriving at his bedside, my mentor reached out with his cold sweaty dying hand and told me, “I’m gay and I always have been.” Death came quickly thereafter. I knew that he didn’t feel comfortable telling any of the churches he served. Though he was a moderate Baptist, my mentor was forced into a closet by the denominations he served. After these events, I grew more progressive by the day and finished Southern as quickly as possible. When I was a student at Emory University someone invited me to be a part of the CBF, I replied that I couldn’t be part of a homophobic denomination. This was before I learned of the official homophobic stance of the CBF.

“We’re not homophobic!” When you lead with an emphatic denial of homophobia, most of the time that means you’re homophobic. A few years ago, an influential member of the CBF led with such a denial. I decided to research further and found an extended history of homophobia. In October of 2000, the Coordinating Council of the CBF adopted the following policy on homosexual behavior related to personnel and funding:

As Baptist Christians, we believe that the foundation of a Christian sexual ethic is faithfulness in marriage between a man and a woman and celibacy in singleness. We also believe in the love and grace of God for all people, both for those who live by this understanding of the biblical standard and those who do not. We treasure the freedom of individual conscience and the autonomy of the local church, and we also believe that congregational leaders should be persons of moral integrity whose lives exemplify the highest standards of Christian conduct and character.

The phrase “practicing homosexual” is about as homophobic as it gets. When I read this and think about the numerous homophobic experiences I’ve had with CBF pastors throughout the country, I’m wondering why all these folks left the Southern Baptist Convention in the first place. From recent experiences, I know that most Southern Baptists would be very comfortable with the language that the CBF uses. Maybe the folks in the CBF might be interested in going back?

I decided to take my questions to the leader of the denomination.

When I walked into the gymnasium, I couldn’t help but notice how white the room was. While the tables were white, there also wasn’t a single person of color in the entire room. The speaker of the hour was CBF Executive Coordinator Suzii Paynter. After listening to her talk about all the stuff that the CBF was doing, the time for questions came. I had to think about it. When I considered the controversial nature of my question, I decided to wait to talk to her after. We’d just exited the church when I asked about the homophobic stances and policies of the CBF. For over ten minutes, Paynter would not answer any of my questions. I remembered something a lawyer friend taught me, when someone refuses to answer a question they have already answered the question. Executive Coordinator Paynter is a defender of the homophobic policies of her homophobic denomination.

Jesus commanded us to “Love our neighbors as our selves.” How can you accomplish such a task and have such homophobic policies on the books? It’s 2016. There is no reason to be a part of any denomination that functions in this way. On homophobia, the CBF reflects the Southern Baptist Convention far more than it reflects Jesus. Until these homophobic policies are taken off the books and their churches decide to be inclusive spaces, I’m calling on Baptists to boycott the Cooperative Baptist Fellowship. I hope this action brings about the repentance and salvation of our fellow Baptists. Homophobia is not acceptable. In a world desperate for the love of Jesus, there’s no reason to partner with or pay for hate. For the sake of all of God’s children, boycott!

I’m not interested in boycotting the CBF. That time has passed. While I don’t believe in any kind of literal hell, I do believe in the fiery demise of evil institutions. It can’t happen soon enough for the Cooperative Baptist Fellowship. 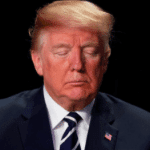 February 8, 2018
What if Jesus had attended the National Prayer Breakfast?
Next Post 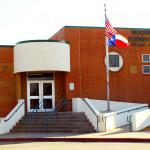 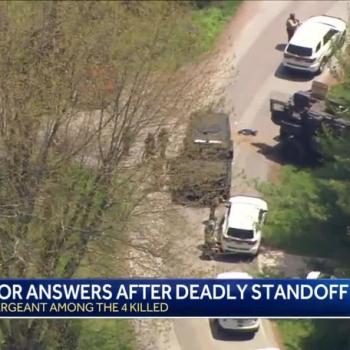