“Look at that shit!  Unreal.  Simply Unreal.”  The site was a basketball game at Southwest Atlanta Christian Academy and the player was Dwight Howard.  No one had ever seen this level of player. Everybody was in awe.  When he was selected with the first pick of the 2005 NBA Draft, nobody that had seen him play was surprised.  Now…more than a dozen years later…Howard is currently playing for the Washington Wizards…reaching the twilight of a Hall of Fame NBA career.  While I have long admired his skills…

Men’s professional sports are not open spaces.  In fact, I don’t think I can name one current out athlete in any of the top leagues.  So, any time there is a story about an athlete’s sexuality…it makes news.  Just this past weekend, a man named Masin Elijé came forward and declared that he had been in a relationship with Dwight Howard and dumped him when he found out that he was going to sex parties with Trans women.  Elijé further declared that he had been harassed and threatened by Howard to keep quite about it all.  Instead of showing concern for Elijé, every reaction I saw was transphobic.

We shouldn’t be surprised.

These types of atrocities are perpetuated against Trans people everyday.

Many years ago, I remember telling a “friend” that I found a Trans woman attractive and almost getting my ass kicked.  What’s the deal?  Who gives a shit?  Humans often find other humans attractive for a variety of reasons. It’s natural.  If Dwight Howard harassed and threatened Masin Elijé, he should suffer the consequences…but if his only “sin” is being attracted to or having sex with Trans women then he is in good company.

God knows all and has experienced all.  God is inextricably connected to the oppressed and marginalized.  God is deeply involved with the pursuit of justice.  God delights in equality.  In fact, God is love.   When we make love we are making God…for God is love.  So when God and Trans women get together they are creating something beautiful that should be a revelation to us all. 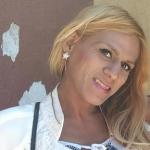 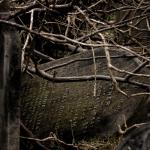