Killer Christians in Texas: The Next Victim is Scott Panetti 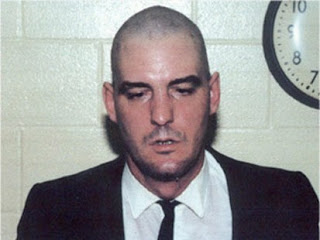 Has your church ever executed someone? Don’t be appalled by such a question. Think deeper. Perhaps you never hung someone on the cross at the front of your sanctuary, but have you considered the consequences of your inaction? Think about all the times your church could have done something to save a life and didn’t. Can’t think of any? Christians in Texas should have no problem.

Texas has one of the largest populations of Christians in the nation. With a statistic like that, one might be surprised to note that Texas also executes more people than any other state. If Texas were a nation, it would be amongst the top executing nations on earth. With Christians comprising a stunning majority of people who live here, there is no ability to blame what is happening in my state on any other faith except my own. Christians are killing people.

From the Governor to the Attorney General to State Legislators to Judges to the District Attorneys to the Jurors to the Prison Guards to a whole host of others, the majority of those directly involved in the process of executing someone in this state are actually Christians. In light of this fact, I have worked over the last few years to get churches organized and talking about abolishing the death penalty. I ask the same question every time, “Would you be interested in hosting a conversation about the death penalty?” More often than not, I hear the same response, “That is too political for our congregation.” When a mass movement of Christians could quickly stop the death penalty in Texas, silence remains the primary tool of execution.

The State of Texas is scheduled to execute Scott Panetti on December 3 and Christians will be his primary killers. The barbarism of our crime is exacerbated by the fact that Panetti has suffered from documented mental illness for over 30 years. From being institutionalized over and over again to being classified as disabled by the Social Security Administration to shooting his in-laws to death to dressing up as a cowboy to represent his self at trial to now thinking that he is being executed for preaching and proselytizing, Panetti is very sick. In Matthew 25, there was a man named Jesus from Nazareth who was also very sick and said that we would be judged by how we treat the sick. With just a short time to go before such an injustice is carried out, one would expect the noise coming from Texas churches to be deafening. The truth be known, most churches don’t even know an execution is about to be carried out. When did we stop caring about the least of these? When did we stop talking about loving our neighbors as our self? When did we become killer Christians?

Just the other day, I drove by an old country church with a sign out front that read, “The Judgment is Upon Us.” I know this to be true. We cannot continue to execute God’s children and expect the results to be positive for the future of our people. On December 2, I will start a vigil outside the execution chamber in Huntsville, Texas. During the vigil, I will pray that we will be a people who will turn from our wicked ways, spare the life of Scott Panetti and call upon God to heal our land. In this most holy time of year, I ask that you join me.

December 1, 2014 God has AIDS
Browse Our Archives
Follow Us!