Maria: A Queer Guide for Us All 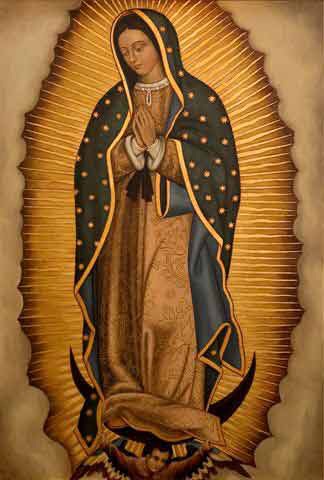 If it was not for your willingness to follow God, I doubt I would be writing. I just received my doctorate from Brite Divinity School at Texas Christian University for a project entitled, “The Epiphany of the Queer: An Exploration in Theology.” For so many years, you have inspired me to keep going. There are many who would say that a man married to a woman should not be doing queer theology. Often, I try to reason with those who are critical. I talk about the spectrum of sexuality and orientation and then add that I have been attracted to men and women since I was young. These words will never be enough for some. In the face of an unplanned pregnancy, I know words were never enough for your critics either. I cling to a God that is queer beyond our wildest imaginations. I know the God that speaks to me is the same God that called you. When we follow the call of God, we slowly grow queerer into the person that we were created to be. You are the queerest of them all. You rejected the normative constructions of society and lived queerly for the sake of carrying God. When anyone questions the existence of a God that is queer, I point to you.

Do you believe in the virgin birth? In living it, I guess you do. I bet it was terrifying to realize that God made you different than anyone else. Queerness is often scary when we are so accustomed to normative ways of living. You chose to step out of the closet and accept a dangerous task. In carrying the incarnation of God, you stepped closer to being the incarnation of God you were created to be in the first place. What did it feel like when they called you names? Did it feel like you were drawing nearer to God in the misunderstandings of others? When you were attacked and mocked, the queerness of God made and sustained you. People ask me all the time, “Do you believe in the virgin birth?” I don’t believe in the virgin birth my dearest Maria, I believe in you. I believe that miracles come when we embrace the queer within us and live into who God calls us to be. You did. Slowly, you became ever queerer like the God who sent you. I follow your lead to God. The fruit of your womb has drawn me closer to you and all others who live and reign with the queer beyond queer, one God now and forever.

December 19, 2014
Words of Blessing for the Dallas Youth March
Next Post

December 23, 2014 The Shepherd from Bethlehem Speaks
Browse Our Archives
Follow Us!