How private are your healthcare choices?

Not as private as you would think.

It’s Creation, Consequence, and Future with Regard to Healthcare

In Philadelphia, Pennsylvania on September 17, 1787 the Constitutional Convention of a young United States of America adopted a binding framework through which to legally covenant themselves to each other.  One of the fresh innovations of this document was the Congress of the United States, consisting of the House of Representatives and the Senate, which collectively met for the first time in 1789.  It was at this meeting that Congressman James Madison arose to address the body as to the need for amendments to the Constitution that would guarantee the populace certain protections of the individual right to liberty and property, including freedoms of worship, speech, the press, assembly, association, and gun-ownership.  The ten of Madison’s recommendations that were adopted/ratified in 1791, collectively, became known as the Bill of Rights.  These foundational amendments only served to protect individuals from federal intrusion and, ultimately, failed to stop individual states from enacting repressive laws (Amar, 200, Pp. 3-119). It was not until the ratification of the Fourteenth Amendment on July 9, 1868 that the United States collectively declared: “no state shall deny any person within its jurisdiction the equal protection of the laws.”  This addition established legal precedent to open the door for broader interpretations of the U.S. Constitution’s meaning and application (Amar, 200, Pp. 137-294).  The United States Supreme Court’s later inference of a constitutionally protected “right to privacy” is one pertinent example of liberty broadly defined and interpreted (Glenn, 2003, Pp. 1-140).

The United States Constitution does not expressly protect or speak in affirmation of a “right to privacy.”  The Bill of Rights explicitly protects specific privacies like privacy of worship, from unreasonable searches, from self-incrimination, and from unwarranted seizures, but, ultimately, does not mention a broad “right to privacy.” The basis for building/interpreting such a right begins with the Ninth Amendment: “the enumeration of certain rights shall not be construed to deny or disparage other rights retained by the people.” The United States Supreme Court, partially beginning in the 1920s (Meyer v. Nebraska (1923) andPierce v. Society of Sisters (1925)) and continuing all the way into the present, has consistently interpreted this amendment to provide for a broad “right to privacy  (http://law2.umkc.edu/faculty/projects/ftrials/conlaw/rightofprivacy.html).” This inferred right to privacy has had unmistakable implications for healthcare, especially with regard to vulnerable populations, and has redefined how healthcare is provided and protected in the United States.

In 1965, the United States Supreme Court was presented with a challenge to a Connecticut law prohibiting the possession, sale, and distribution of contraceptives to married couples.  The case, Griswold v. Connecticut, is prominently named after Estelle Griswold, Connecticut Director of Planned Parenthood, and also involved Dr. C. Lee Buxton, Professor of Reproductive Medicine at Yale Medical School and early advocate for unlimited access to contraceptives.  The Supreme Court, in a 7-2 decision written by Justice William O. Douglas, ruled that the “spirit” of the First Amendment (free speech), Third Amendment (prohibition against forced quartering troops), Fourth Amendment (freedom from unreasonable searches and seizures), Fifth Amendment (freedom from self-incrimination), and Ninth Amendment (all other rights not mentioned), as applied to the states by the Fourteenth Amendment, collectively create a general fundamental “right to privacy” that cannot be unduly infringed upon or denied.  In addition to being a “fundamental” right guaranteed to the people, it is also “substantive,” meaning it extends to protect against most government interference in most personal matters (overturning a previous decision in West Coast Hotel v. Parrish (1937)).  This decision opened the door to major reinterpretations of the Constitution, greatly expanding the healthcare rights of the American populace, and, paving the way, for perhaps their most controversial reinterpretation in 1973 (http://www.pbs.org/wnet/supremecourt/rights/landmark _griswold.html).

Roe v. Wade (1973)ruled unconstitutional a Texas statute that banned abortions except to save the life of a mother. The United States Supreme Court, in a 7-2 decision, written by Justice Harry Blackmun (chosen for his prior work as counsel to the Mayo Clinic), declared that the Texas statute violated Jane Roe’s constitutional “right to privacy.”  The Court, as it previously argued, said that the First, Fourth, Ninth, and Fourteenth Amendments combined to create a constitutional protection for someone’s “zone of privacy.”  This “zone,” the Court stated, is broad enough to protect a woman’s private decisions involving her body, including contraceptives, marriage, and childrearing.  The decision also acknowledged the doctor-patient relationship as one that automatically evokes constitutional rights of privacy and confidentiality (http://www.pbs.org/wnet /supremecourt/rights/landmark_roe.html).  The United States Supreme Court continues to greatly expand or modernize (depending on your perspective) the privacy rights of American citizens, while broadly reorganizing healthcare practices.

Four years after Roe v. Wade (1973), a group of physicians joined their patients in challenging a New York statute that required physicians to report to state authorities the identities of patients receiving certain medications.  The group alleged that the statute violated the doctor-patient confidentiality finding of Roeand the Court’s previous protections of a “right to privacy.”  The United States Supreme Court responded, in Whalen v. Roe (1977), that the intimate nature of a patient’s health is protected by a “right to privacy” and State’s must balance their responsibilities for the health of the community with such privacy protections.  This decision paved the way for Congress to greatly expand protections of healthcare records against outside intrusions (http://www.oyez.org/ cases/1970-1979/1976/1976_75_839).  Not long after, in 1990, the Court, adding to this previous interpretation, ruled in Cruzan v. Missouri Department of Health (1990)that individuals have a constitutionally protected “right to privacy” that allows them to freely make decisions to terminate life-prolonging medical treatments, without interference by the State or healthcare provider. This decision effected healthcare providers all over the country redefining the decisions they can make on behalf of a patient (http://law2.umkc.edu/faculty/projects/ftrials/conlaw/rightofprivacy.html). These two decisions, built and based upon the Court’s “right to privacy” rulings in Griswold (1965) andRoe (1973), have unquestionably reshaped the way that healthcare is delivered.

Thirteen years later, in Lawrence v. Texas (2003), the Supreme Court, overruling an earlier decision, found that Texas violated the “right to privacy” of two gay men when it enforced a law against them prohibiting sodomy.  Texas argued that the State has a compelling interest in protecting people against deviant and, perhaps, physically harmful sexual choices.  The Court ruled that the Fourteenth Amendment allows adult citizens to engage in whatever sexual conduct they and an adult partner choose to engage in, no matter the health consequences, without government interference.  This case is important to health law due to its affirmation of privacy in personal sexual decisions.  The government cannot legally compel the direction of someone’s sex life and, also, cannot force the individual to make what it deems to be sexually healthy choices (http://www. law.cornell.edu/supct/html/02-102.ZS.html).  This decision obviously has tremendous consequences for how the State defines its role in restricting sexual activity and protecting public health.

These United States Supreme Court decisions combine to illustrate how a strict wall of privacy has been slowly created when it comes to an individual and their health.  The Court has insisted that the State cannot make certain private ethical choices for the individual.  Everyday, I walk into Princeton Baptist Medical Center aware of the privacy rights of my patients due to the court’s decisions on these issues.  I’ve encountered both positive and negative ramifications with regards to such levels of privacy.  An individual’s healthcare choices are protected without question, yet, this can lead to the negative consequence of the individual being forced to make a decision that they are not prepared to make.  I have encountered numerous situations in which the patient/family simply cannot make an incredibly pressing decision and care is compromised as a result.  Regardless, of these personal experiences, there is little question, that the creation of a “right to privacy” has had the unmistakable effect of redefining the way that healthcare is provided and protected in the United States (Glenn, 2003, 1-223).

There is little question that decisions made by the United States Supreme Court, with regard to the “right to privacy,” will continue to have tremendous consequences for the American healthcare system.  Two individual privacy issues winding their way through the courts at the present moment include whether an individual has a “right to die” or a “right to pull the plug” and if the government can force an individual to make certain decisions about their health insurance or provider…not to mention continued conflicts over abortion, advanced medical procedures, artificial intelligence, medical insurance and a variety of issues we’ve never even dreamed of.  Repeatedly, the Court will be forced to decide whether the State’s interest is greater than the individual’s “right to privacy.”   The way that the Supreme Court rules on these two critical issues and all other privacy issues in the future will continue to effect the way that healthcare is provided and protected in these United States of America (Glenn, 2003, 160-223).

How private are your healthcare choices?

Not as private as you would think.

Exploring Constitutional Conflicts (2011), “The Right to Die,” accessed on July 12, 2011 at http://law2.umkc.edu/faculty/projects/ftrials/conlaw/righttodie.html.

Exploring Constitutional Conflicts (2011), “The Right of Privacy,” accessed on July 12, 2011 at http://law2.umkc.edu/faculty/projects/ftrials/conlaw/rightofprivacy.html. 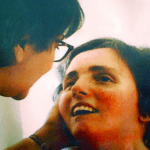 February 7, 2020
From Kevorian to Schiavo: Ethics at the End of Life
Next Post 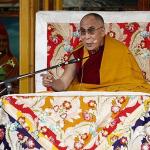 February 15, 2020 What does the Dalai Lama offer us now? // The Dalai Lama: Traditionalist or Modernist
Recent Comments
0 | Leave a Comment
Browse Our Archives
Follow Us! 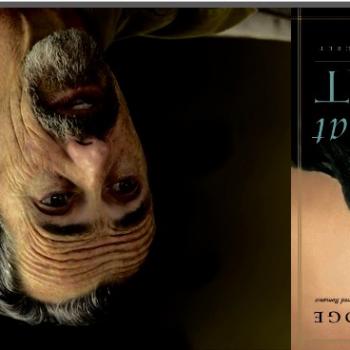