Release the Names!: An Address to the Dallas County Commissioners Court 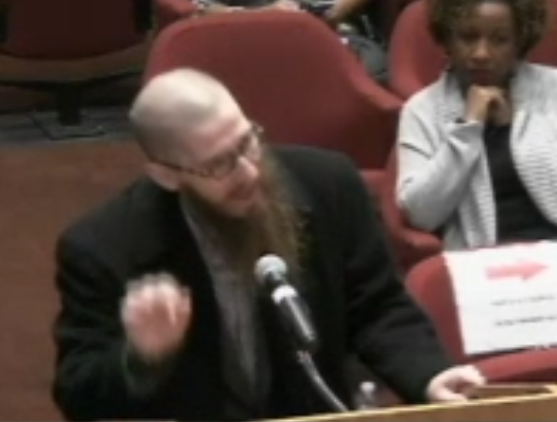 * Delivered at the Dallas County Commissioners Court on 1/19/2016

Today, I’m here to speak on behalf of the Joseph Hutcheson family. On August 1, 2015 around 10am, Hutcheson parked his truck on the curb outside the Lew Sterrett Justice Center here in Dallas County and hysterically ran up the hill. Upon entering the lobby, Hutcheson loudly proclaimed, “Please don’t hurt me, I just need some help.” According to the Dallas Morning News and now a videotape of the incident, deputies from the Dallas County Sheriff’s Department ultimately pounced on Hutcheson. One placed a knee to Hutcheson’s back. One placed a knee to Hutcheson’s neck that turned into a knee to the throat. The last time I spoke to you all, we only knew about those things from eyewitness accounts. Now, we have videotape of the incident. These pieces of information are fact. After Hutcheson went unconscious, there was an extended period of time that he didn’t receive proper medical attention. So whether the Dallas County Sheriff’s Department is guilty of killing Hutcheson through physical violence or neglect to render medical aid quickly, what we know from what the Dallas County Medical Examiner has already told us what is…this was and is a homicide that the Sheriff’s Department is responsible for. In a typical homicide the family gets to know who the authorities believe is responsible for the death. In a typical homicide the family gets to know who the suspect or suspects might be. In this case, we are going on six months since this happened and we have no idea who these deputies were. The citizens of Dallas County deserve to know who they are encountering when they enter the lobby of their jail. Right now, we have no idea who is in that lobby. I wouldn’t want my wife or children or anyone I love or for that matter anyone to get a pat down from one of the deputies who killed Joseph Hutcheson. They might end up with a knee in their throat. How is the public supposed to hold deputies accountable for repeated acts of police brutality when we’re not told the names of those who commit such acts? I respectfully ask for your help.

January 20, 2016 I Believe in IT : The God Beyond God
Browse Our Archives
get the latest from
Jeff Hood
Sign up for our newsletter
POPULAR AT PATHEOS Progressive Christian
1