A Short Theology of Sleep

“What’s taking so long?” The restaurant seemed to attract assholes. It seemed like rudeness grew by the hour. When she got in her car, she let out a sigh of relief. She began to drive home. After kissing her kids, she arrived at the place she had longed for all day. Laying down and covering up, she quickly found sleep. It was there that she felt most alive.

“What a great ride?” The open road had been good to him. From town to town, he experienced new thoughts and ways of being. The bike was starting to feel heavy. Exhaustion was close. Every turn of the wheel felt like torture now. In his mind, he thought, “I just want to sleep.” In time, he did. He felt so at piece. Sleep had finally found him. He felt fully alive. Within minutes, he crashed his motorcycle into a guardrail and died on the spot.

“It’s so cold.” He’d been living outside for so long that he didn’t remember much else. Tonight, he was just trying to stay alive. Though the dangers were great, he curled up in his blankets as close as he could to the fire he made. As the night progressed, the blankets got hotter. When he opened his eyes, the fire was out. He was so glad he made it through the night.

Is waking up the goal? 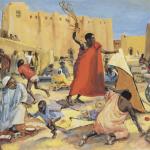 November 14, 2017
THOUGHTS for a COUP / / The Impromptu Sermon: Thoughts on Christian Defiance in Zimbabwe
Next Post 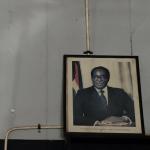