THOUGHTS for a COUP / / The Impromptu Sermon: Thoughts on Christian Defiance in Zimbabwe

THOUGHTS for a COUP / / The Impromptu Sermon: Thoughts on Christian Defiance in Zimbabwe November 14, 2017 Jeff Hood

*Originally posted while I was in Zimbabwe on February 6, 2016

**Reposted in response to the current coup unfolding in Zimbabwe.

Earlier this afternoon, a group of Zimbabwean government officials asked me to discuss politics with them. This is an authoritarian society where such an invitation can be dangerous. Nevertheless, I engaged. When I told them that I was primarily a theologian, they told me that here in Zimbabwe politics and spirituality don’t mix. While I didn’t know if such a comment was intended to be a warning or not, I questioned them as to whether Christianity could even exist in such a space. When they inquired what I meant, I started to preach.

Throughout the Gospels, Jesus commits acts of political revolution. Repeatedly, Jesus refused to be bound by laws that sought to segregate and divide the population. In direct defiance of the government, Jesus kept breaking the law to be with the people. The lines that the government of Zimbabwe has drawn would not be able to hold Jesus back. When a woman that was caught in adultery was about to be executed, Jesus placed his body between the executioners and the woman. Can you imagine if Christians in Zimbabwe started to place their bodies between all of the people who are disappeared and killed? Jesus was a revolutionary. When Jesus saw the government cheating people out of their money like the police bribe people in this country, Jesus overturned their tables and tossed them out. Jesus was so much more than just a spiritual leader. In Matthew 25, Jesus declared that he would place his very person with the marginalized and oppressed. In Zimbabwe, this means that Jesus would stand with the political revolutionaries seeking a better world, the hungry, those who are not being paid by the government, the mentally ill and a whole host of others who are mistreated and sometimes killed by the actions of this government. Make no mistake, Jesus was a political revolutionary and paid the price for it. Ultimately, political forces executed Jesus. Make no mistake, Robert Mugabe would kill Jesus and intends to kill anyone who follows his way of revolution. With Jesus, there was and is no separating politics and spirituality.

When I finished talking, no one spoke. I don’t think they’d heard the Gospel presented like this before. Before hundreds of thousands more people die due to the tanking economy and the approaching famine, I pray that God will remove Robert Mugabe from his luxurious accommodations and his position as President. I hope that Christians will follow Jesus and be helpful in this process. 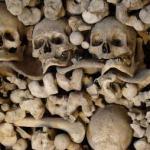 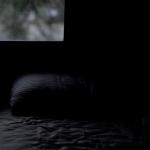 November 19, 2017 A Short Theology of Sleep
Recent Comments
0 | Leave a Comment
Browse Our Archives
get the latest from
Jeff Hood
Sign up for our newsletter
POPULAR AT PATHEOS Progressive Christian
1